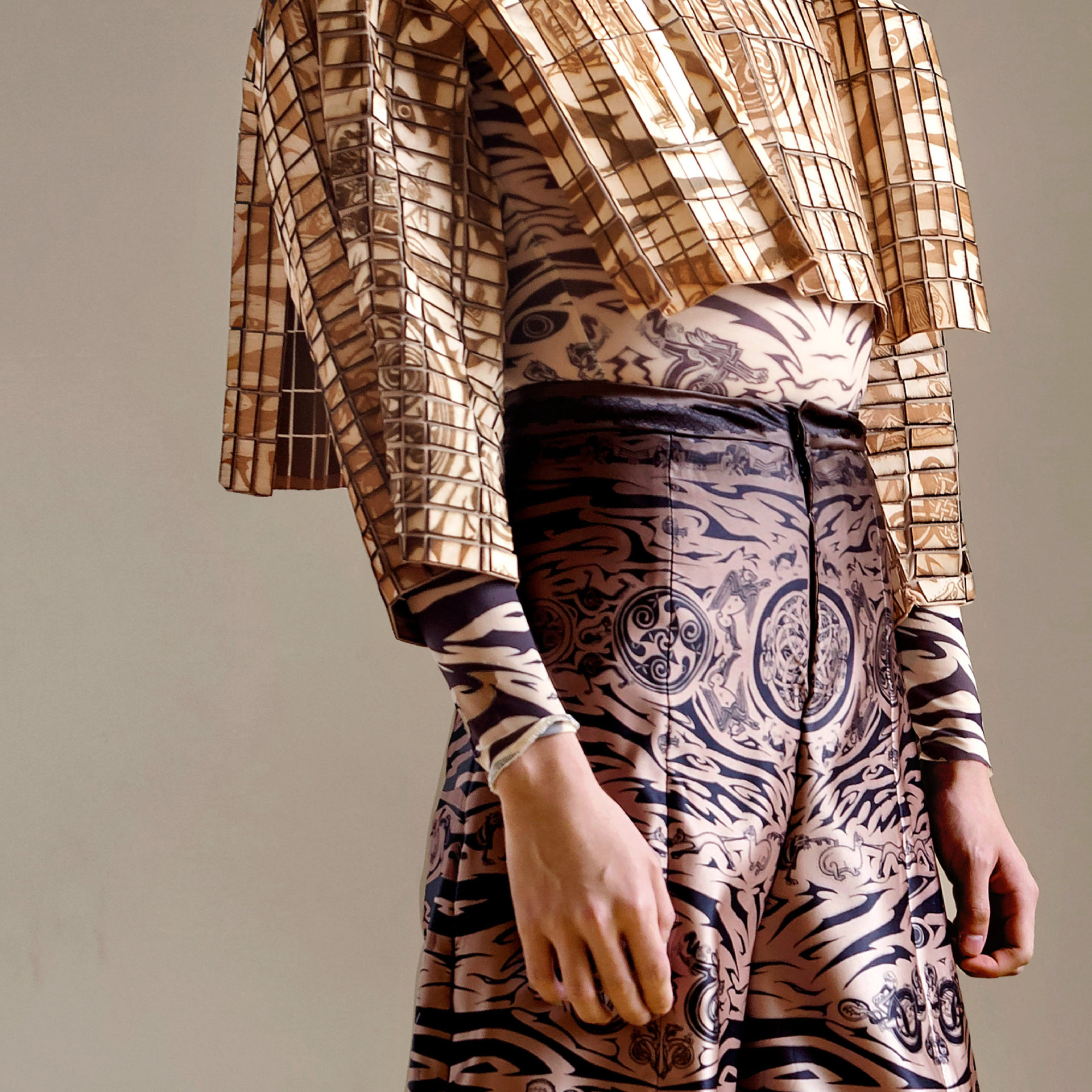 Previous entryCan we understand ourselves better through a clash of privileges?
Next entryIs It Worth It?
October 22, 2018

Can we decolonise the body through fashion? 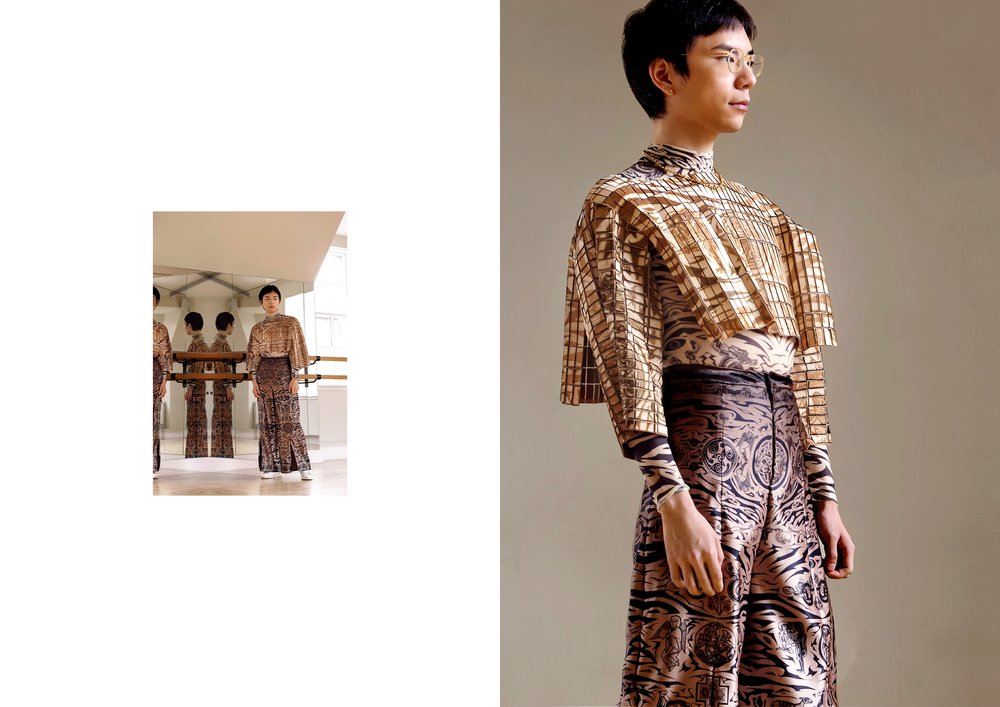 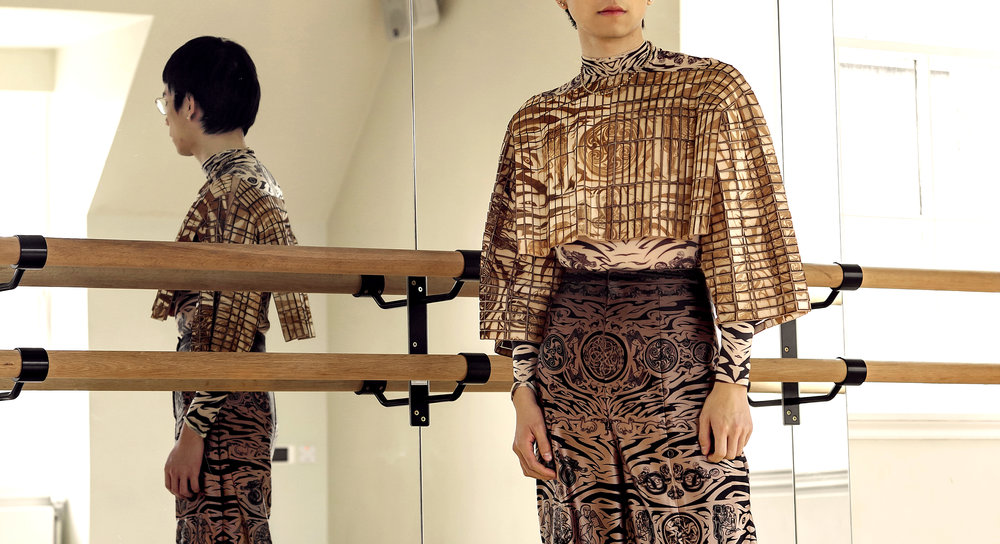 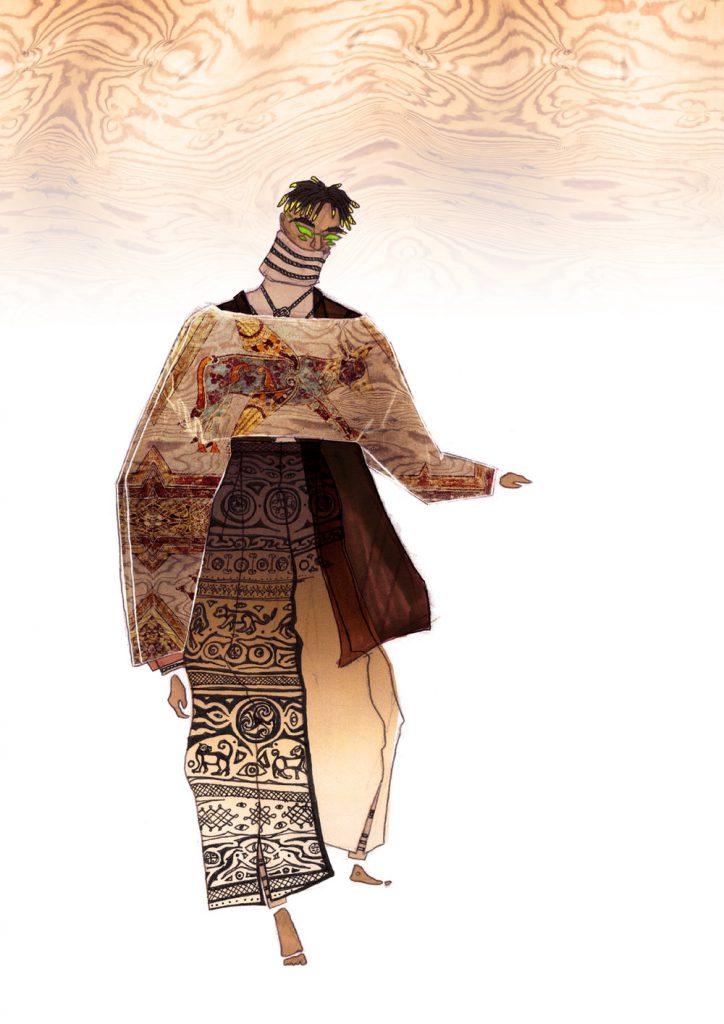 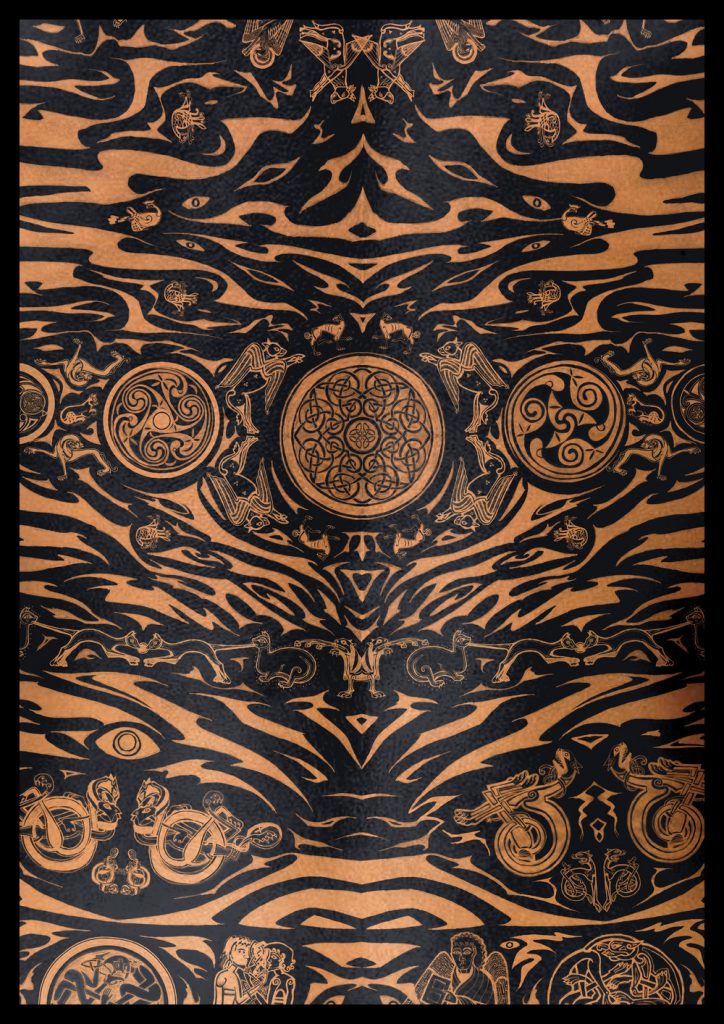 I examined the concept of ‘decolonising the body’ through fashion design. Due to extensive colonialism, Ireland’s indigenous dress has been erased. I wanted to regenerate the indigenous visual culture of Ireland.

I began studying the role of dress in the decolonisation of Africa and Asia post-World War 2. Clothing was incredibly important to newly formed nations. Dress proved hugely strategic in the dismantlement of colonial empires. New nations officially endorsed dress they felt represented their cultures, attempting to re-establish their pasts. These nations even sometimes staged symbolic ‘quasi-ritualised’ burnings of Western fashion.

I drew imageries inspired by Ireland’s medieval manuscripts. These manuscripts were produced by painting ink onto calfskin, leading to my exploration of tattoo. Tattooing practises were vilified by colonial governments, an exertion of power directly upon the body. As such, I printed my manuscript patterns in black as an allusion to tattooing. I printed onto multiple tones of nude to celebrate the diversity of the population of post-colonial Ireland.

These decolonial practises are vitally important in the self determination and construction of national identities. The reconstruction of visual languages prevents the extinction of endangered cultures. It installs dignity among peoples who have been subjugated by empire.

Share
Read More
Next entryIs It Worth It?
Previous entryCan we understand ourselves better through a clash of privileges?