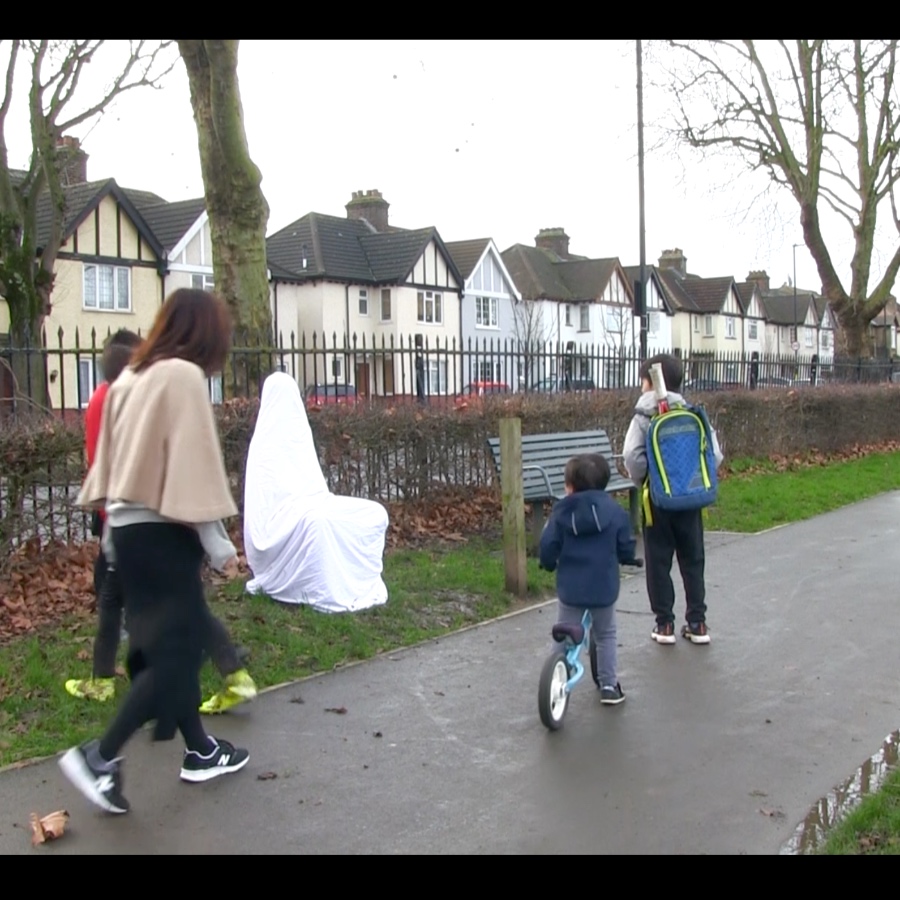 Play video
Can self-existence be felt by seeking social distractions?
Previous entryHow should you feel when you don’t fit in?
Next entrySecond Chances vs. elitism?
September 6, 2020

Can self-existence be felt by seeking social distractions?

The futility of attempts to feel my self-existence by seeking social distractions drove me to create a series of performances. Lack of self-existence takes away the ability of holding attachments. There is no stable base to build anything on. Therefore, external social connections cannot be achieved while the effort of seeking and longing only adds the experience of entirely passivity, ‘a mere object’. Objectification of body is an attempt of evidencing self-existence by being useful or needed by others, or becoming a part of the world, inspired by Méret Oppenheim’s performance, Das kannibalische Fest 1959. The status of physical presence and mental absence in the moment of the attempt is revealed by the cover of the white cloth, influenced by Man Ray’s L’Enigme d’Isidore Ducasse. The medium of performance emphasizes the effort through the length of time, drawing on Leah Capaldi’s performance, InTo this. The journey of trying to evidence self-existence tells how empty and absent oneself is in return. It does not provide an answer, a direction or an advice, but leaves the doubt about the relationship between self-existence and social connections, and leads to the question of what really makes one exist.

Share
Read More
Next entrySecond Chances vs. elitism?
Previous entryHow should you feel when you don’t fit in?