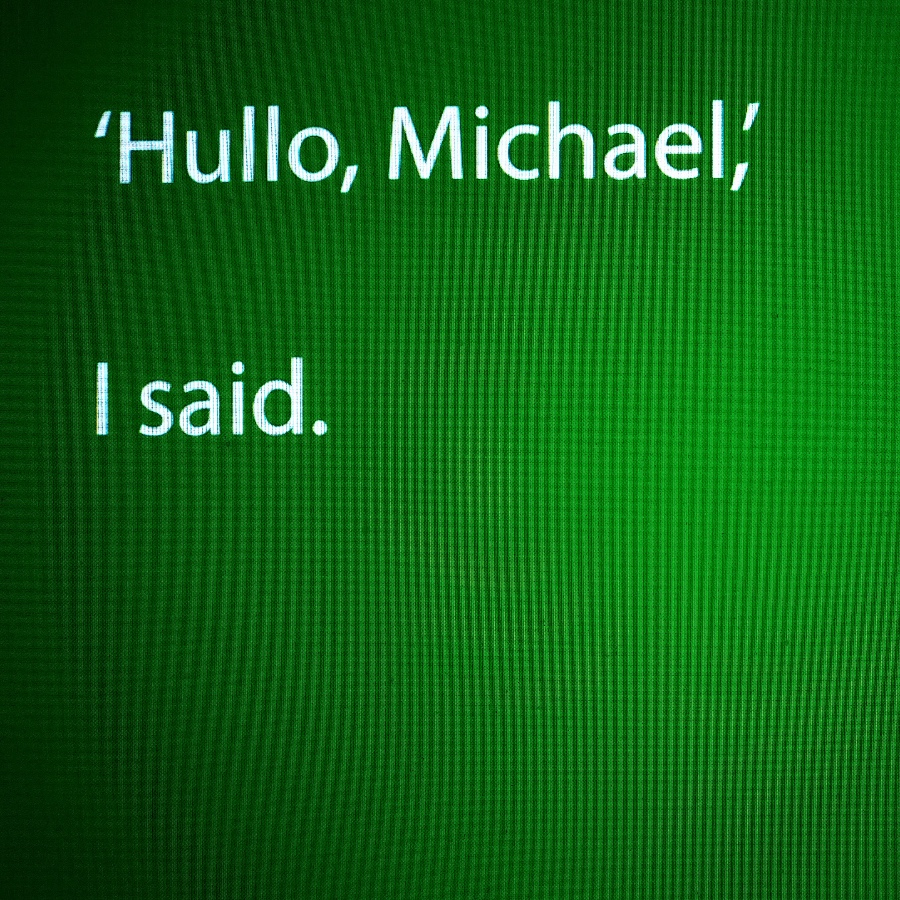 Play video
Can love exist between two disembodied souls?
Previous entryWhere is the body in virtual reality?
Next entryCan we escape our relationship to the past?
January 25, 2020

‘“Hullo, Michael,” I said.’ is a 21 minute long film made by an old man (me) looking back on his life in the form of his favourite quotations from his favourite authors. The film’s plot which emerged out of those quotations tells of the ups and downs and petering out of a seven year relationship between two disembodied characters: Michael and the film’s narrator, Martin. The disembodied nature of the characters is conveyed by portraying them sometimes as male, sometimes as female, sometimes as an animated figure and sometimes as a pagan mask. Indeed the leading actor in the film, at different times, plays both Michael and Martin. The film has a soundtrack, which I composed, and a narration which I deliver sometimes spoken, sometimes sung. The footage is entirely original and was mainly shot in my home and back garden and features my friends who are not professional actors. All animation is original.

tony-morris-308328247 Zic8mS2N8Ho
Share
Read More
Next entryCan we escape our relationship to the past?
Previous entryWhere is the body in virtual reality?