Can jellyfish protest too? 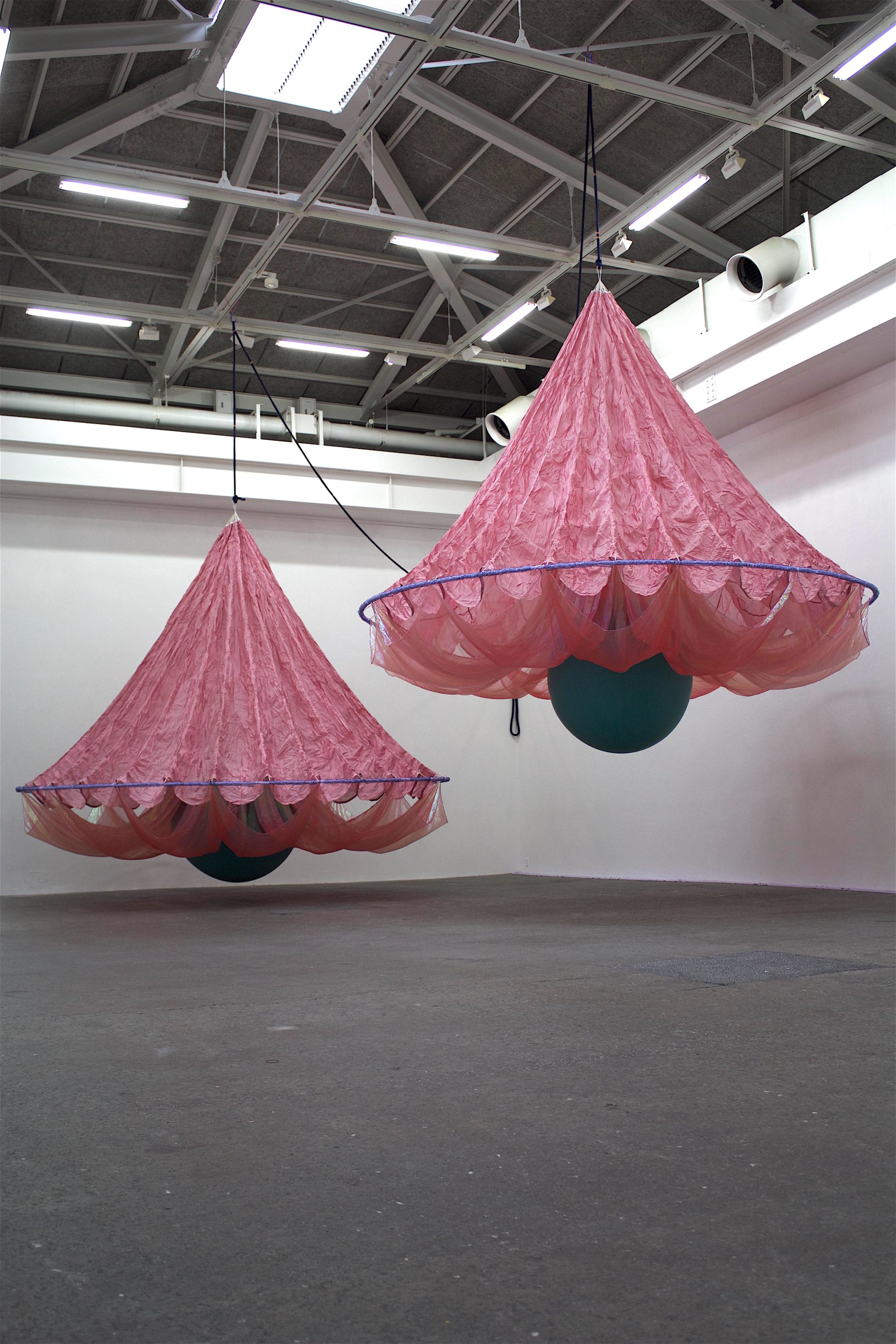 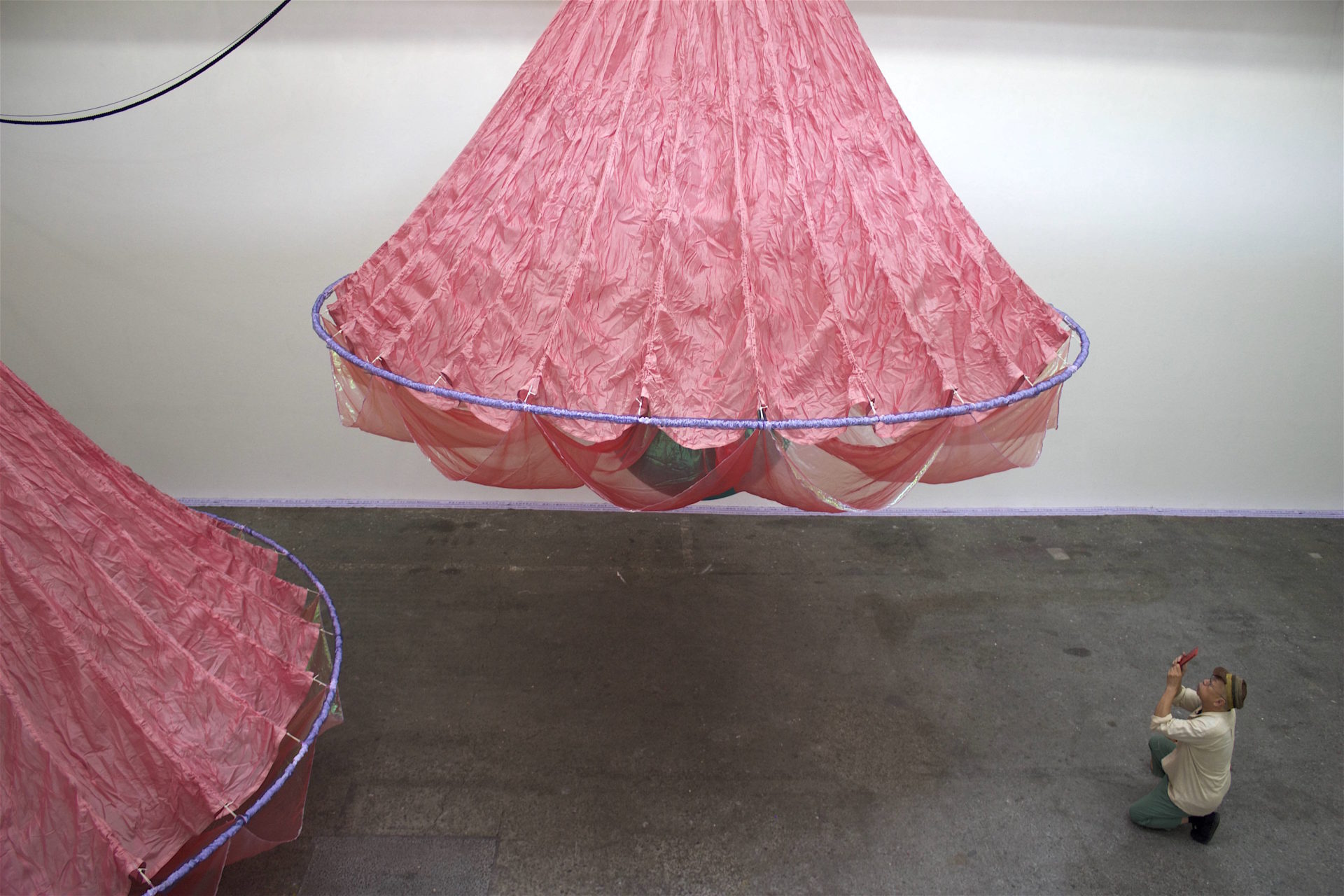 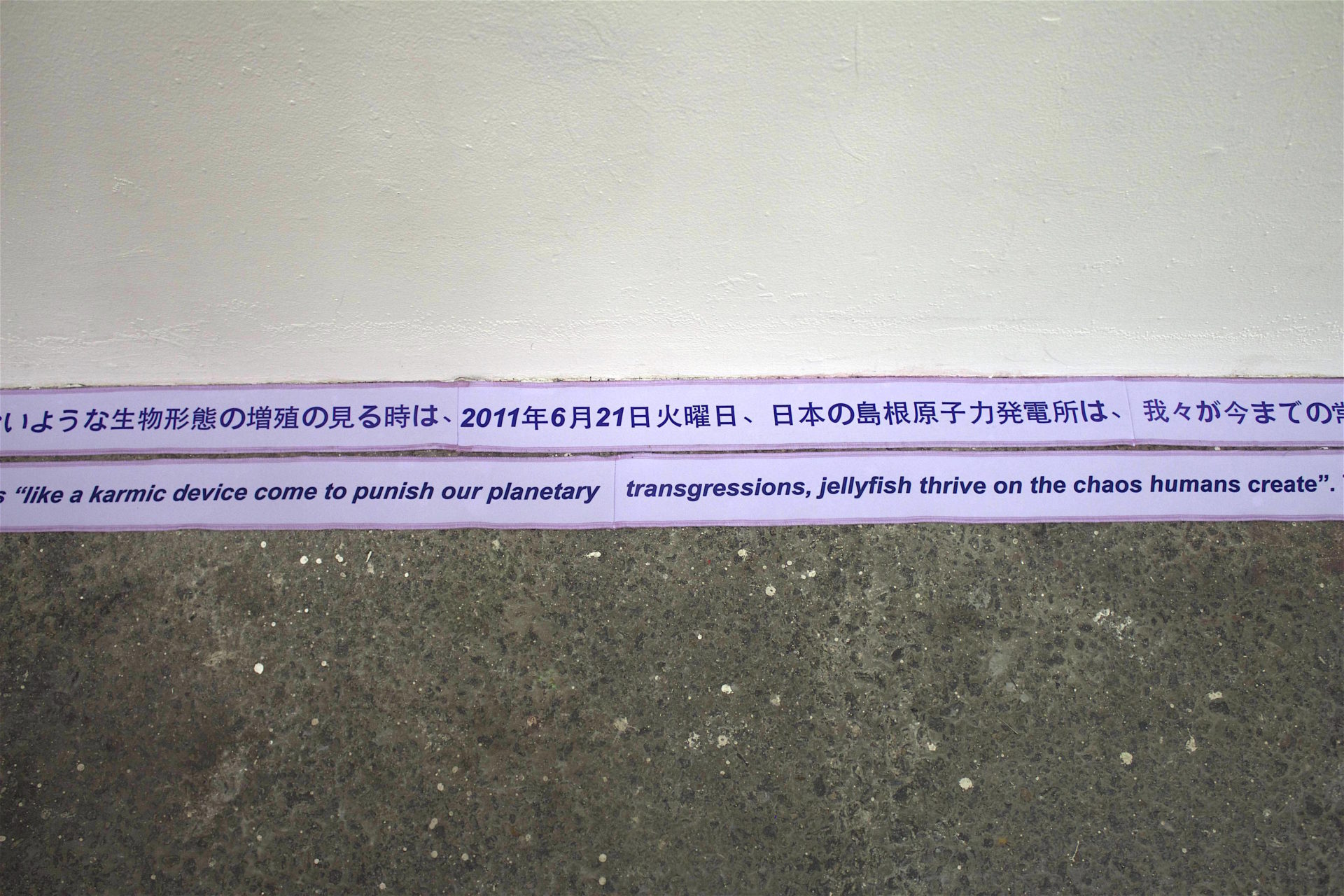 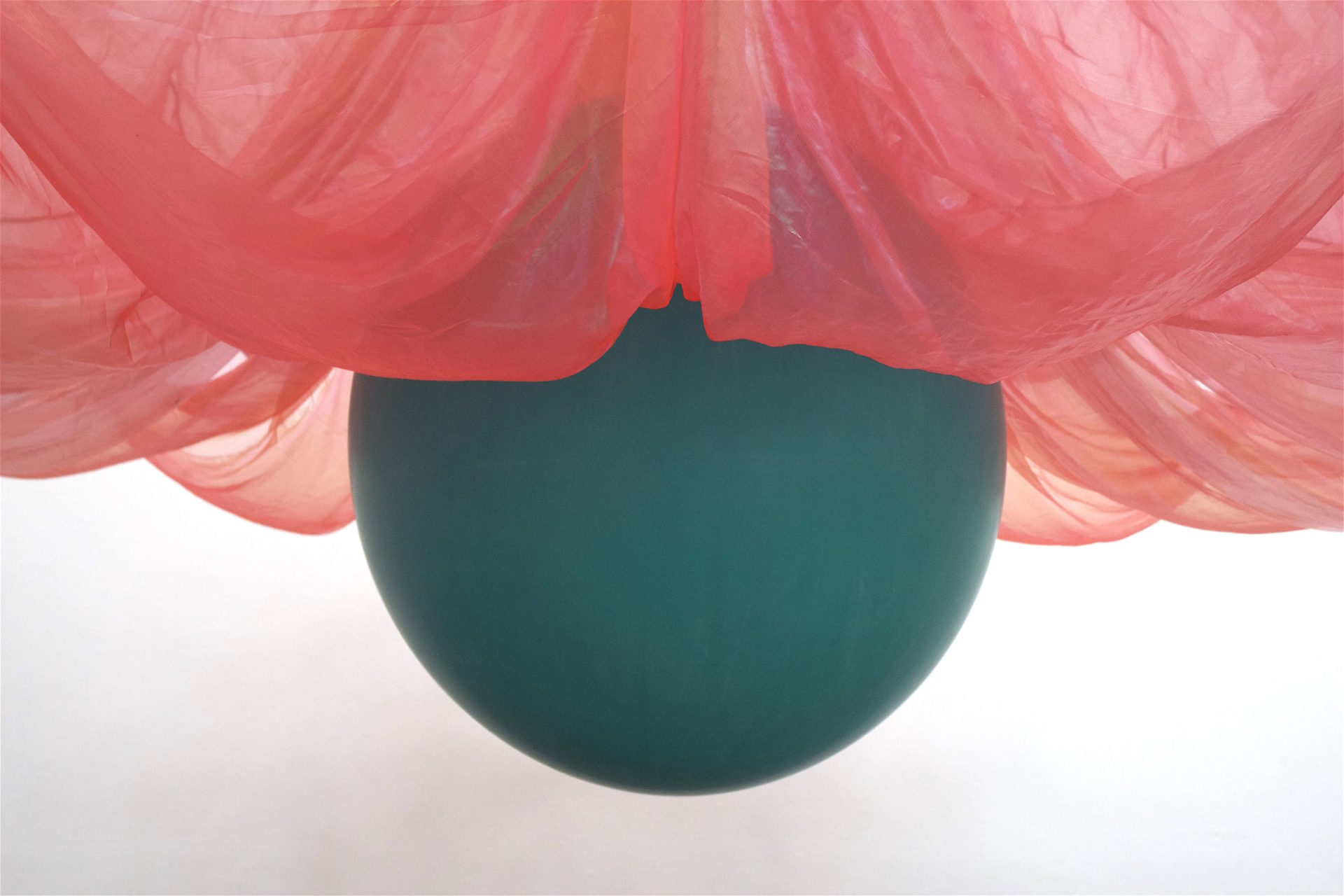 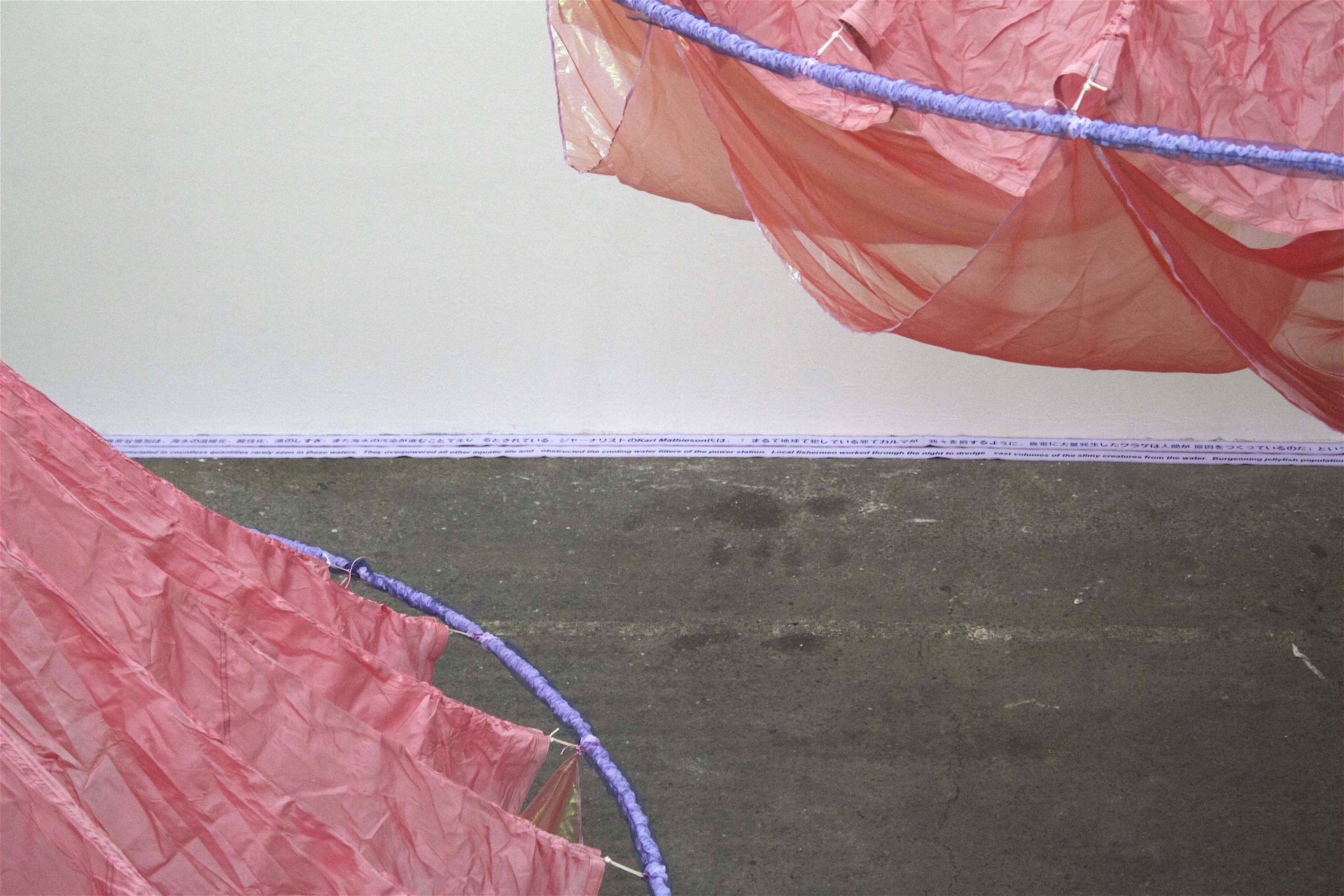 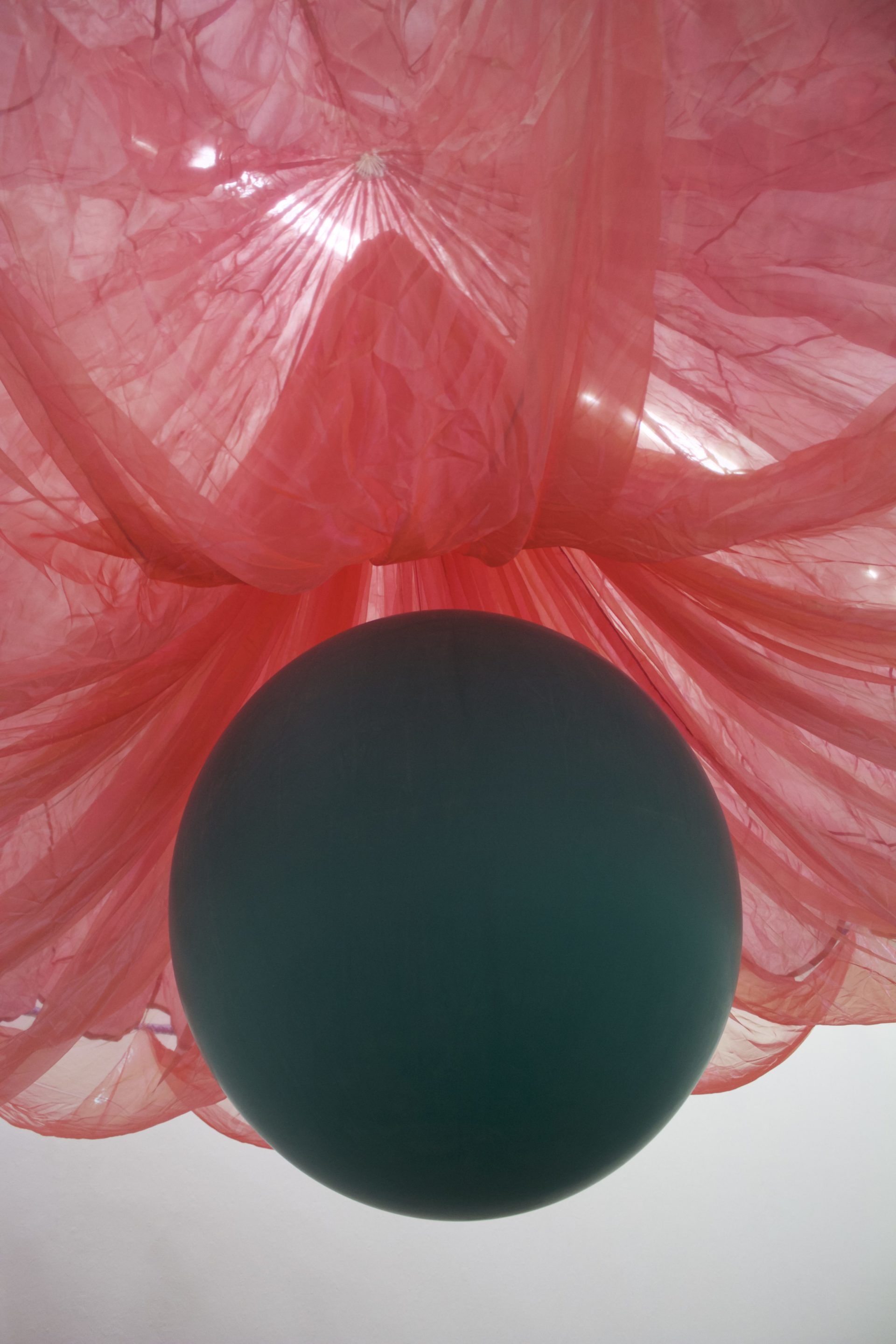 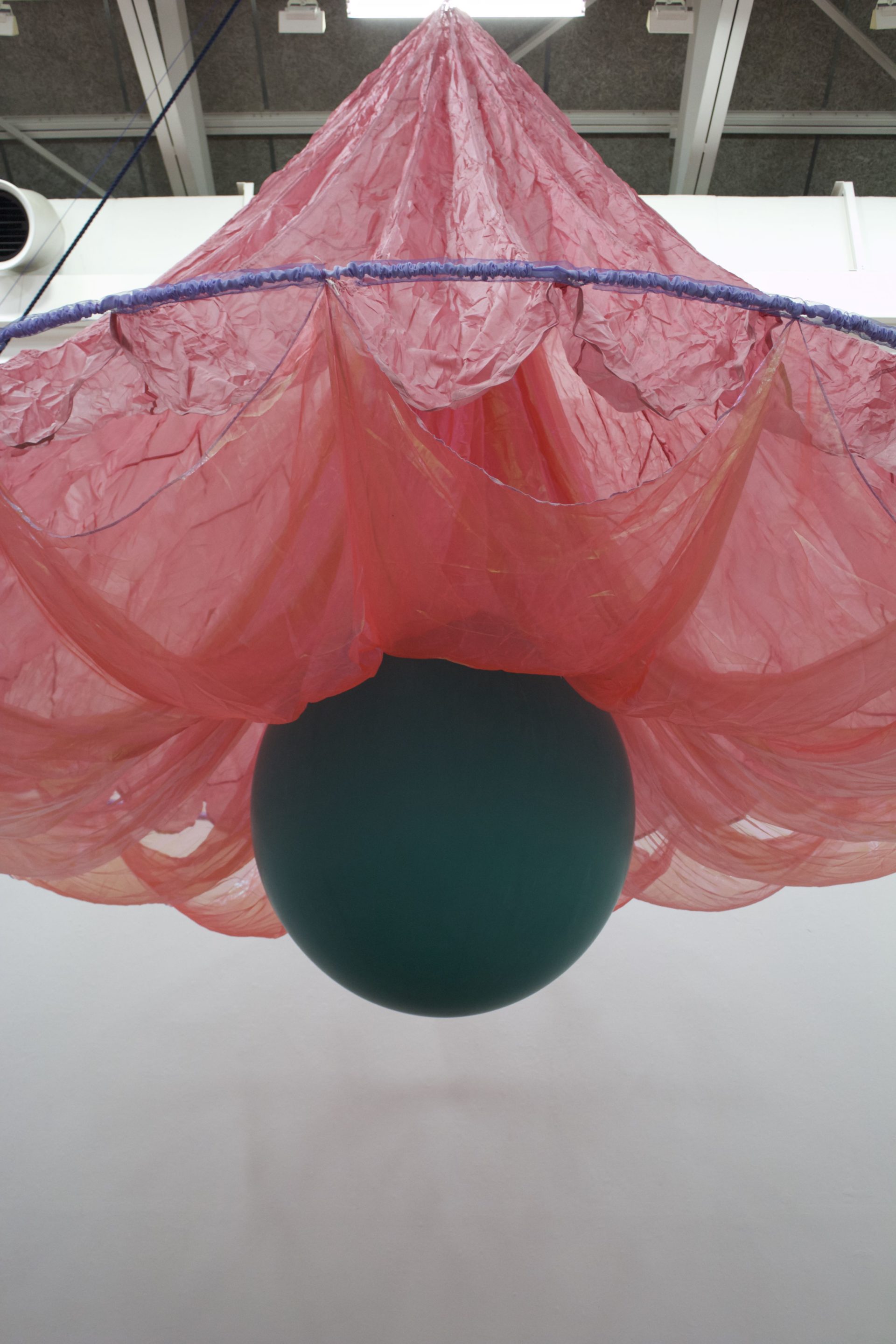 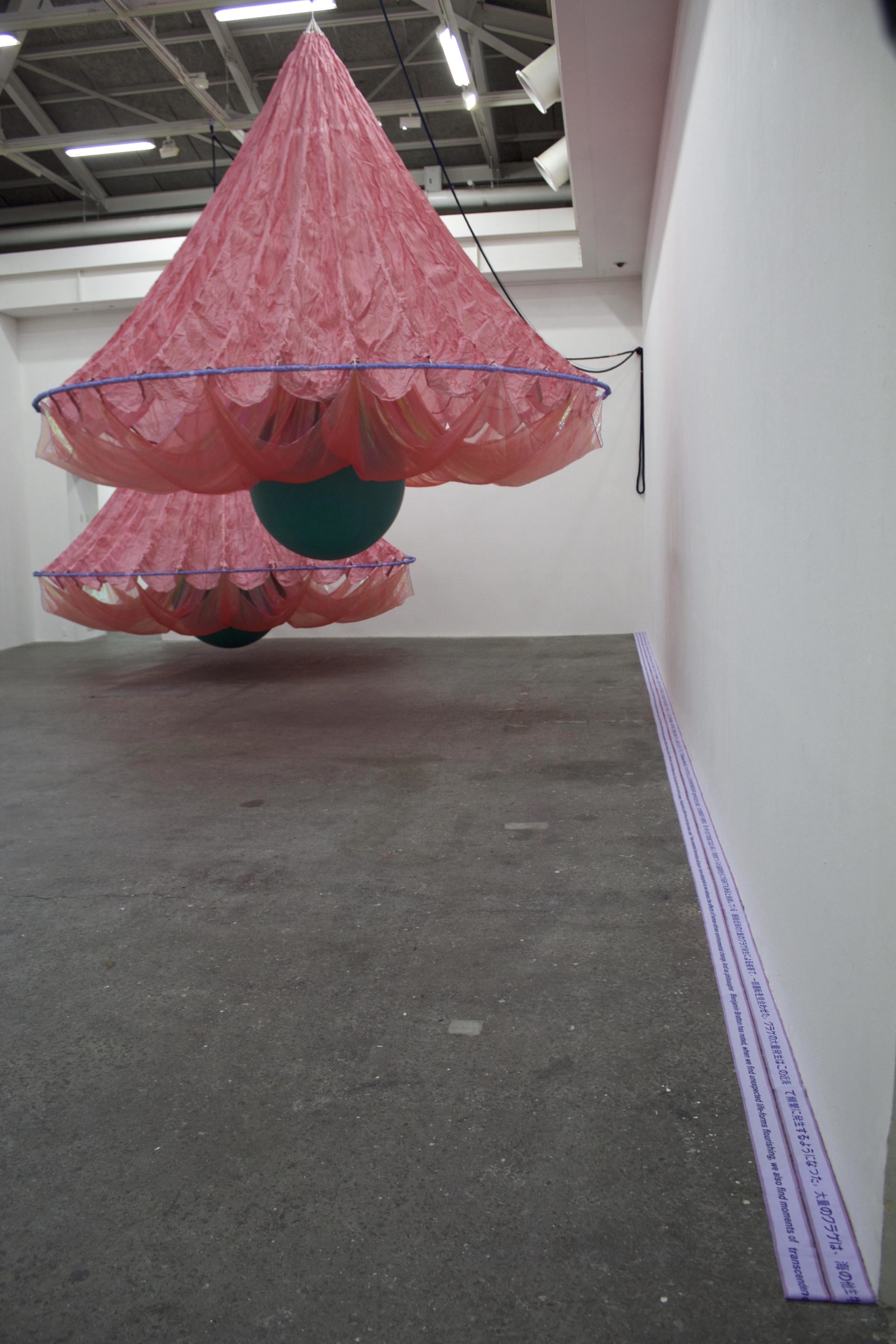 This installation looks at non-human ‘interventions’ on industrial science, during an era of environmental destruction. ‘Jellyfish Acid Karma’ emerged from two incidents during the same week in 2011, when both the Shimane nuclear power plant in Japan, and the Torness nuclear plant in Scotland, were shut down due to massive unexplained jellyfish blooms in the waters outside each facility… Additional to the sculptural forms, running along one wall (14 metres) were two strips of printed fabric – with text in English and Japanese – that explain it best: “Local fishermen worked through the night to dredge vast volumes of the slimy creatures from the water. Jellyfish blooms can signify warming waters, acidification, over-fishing and increasing pollution levels. Journalist Karl Mathieson tells us “like a karmic device come to punish our planetary transgressions, jellyfish thrive on the chaos humans create”. These unexpected interventions will become more widespread as we witness the effects of human-driven environmental change. And as philosopher Benjamin Bratton has noted, when we find unexpected life-forms flourishing, we also find moments of transcendence in which new realities are created.” My parents met in a police cell after protesting Torness… but by 2011, jellyfish were doing the work.