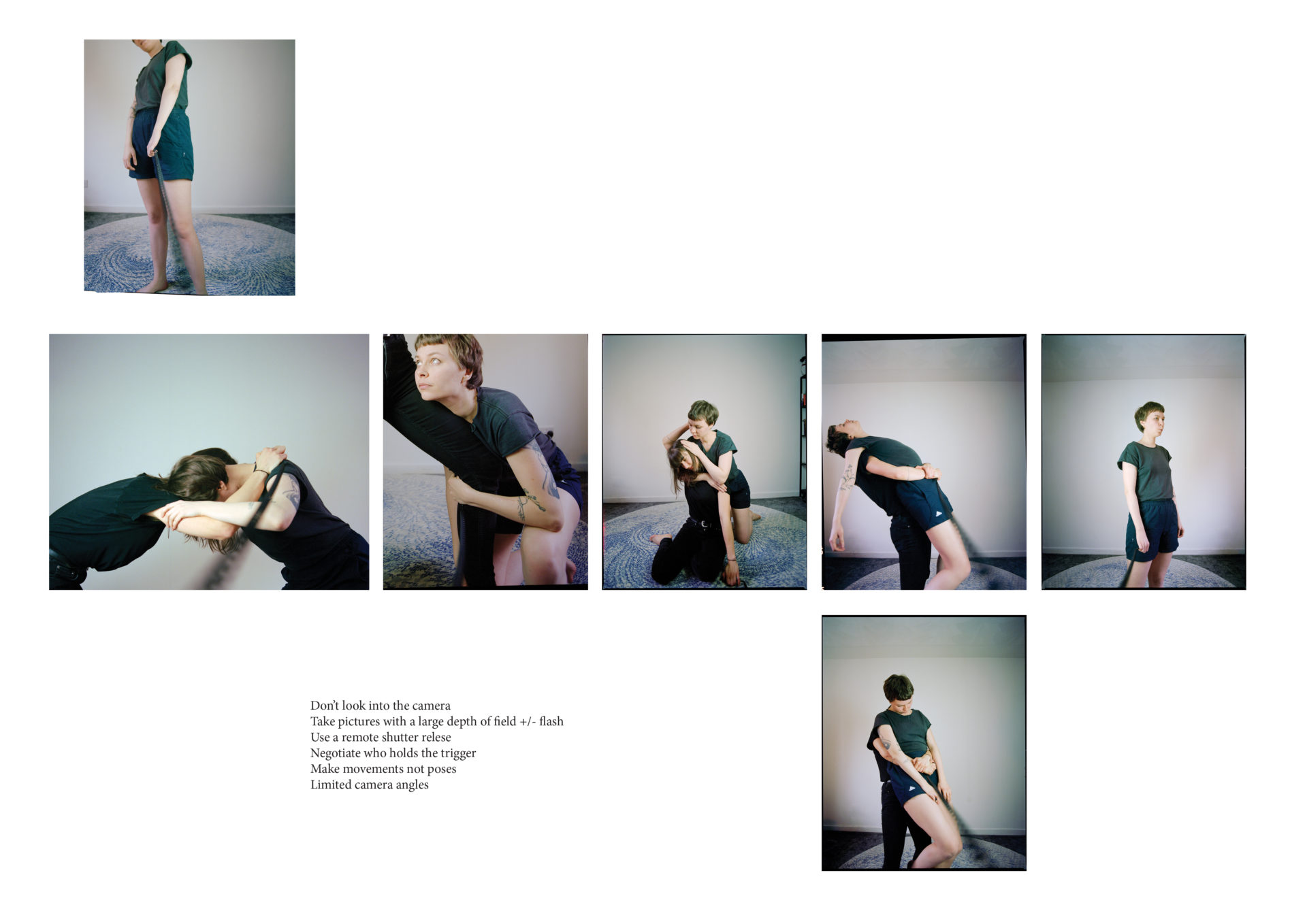 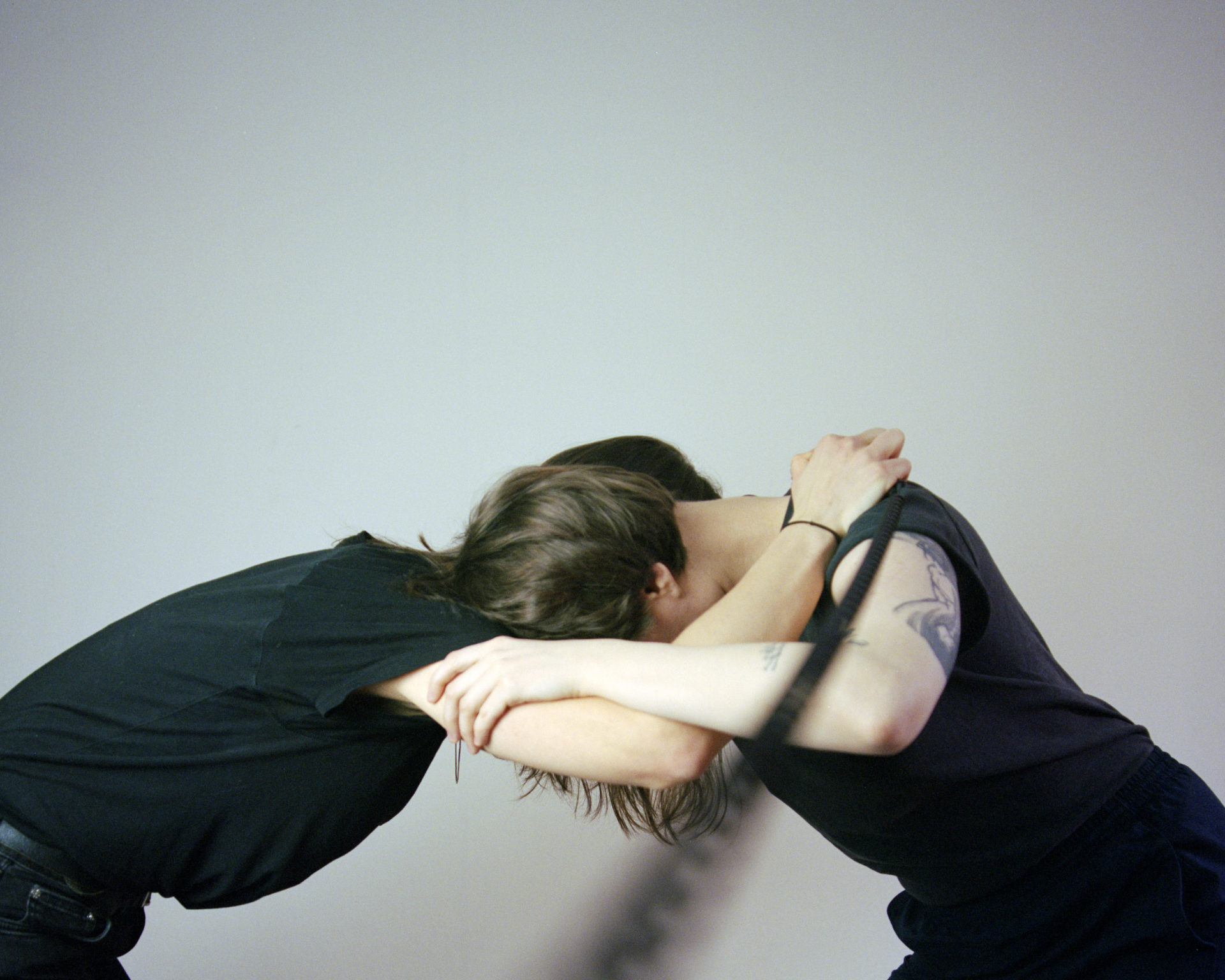 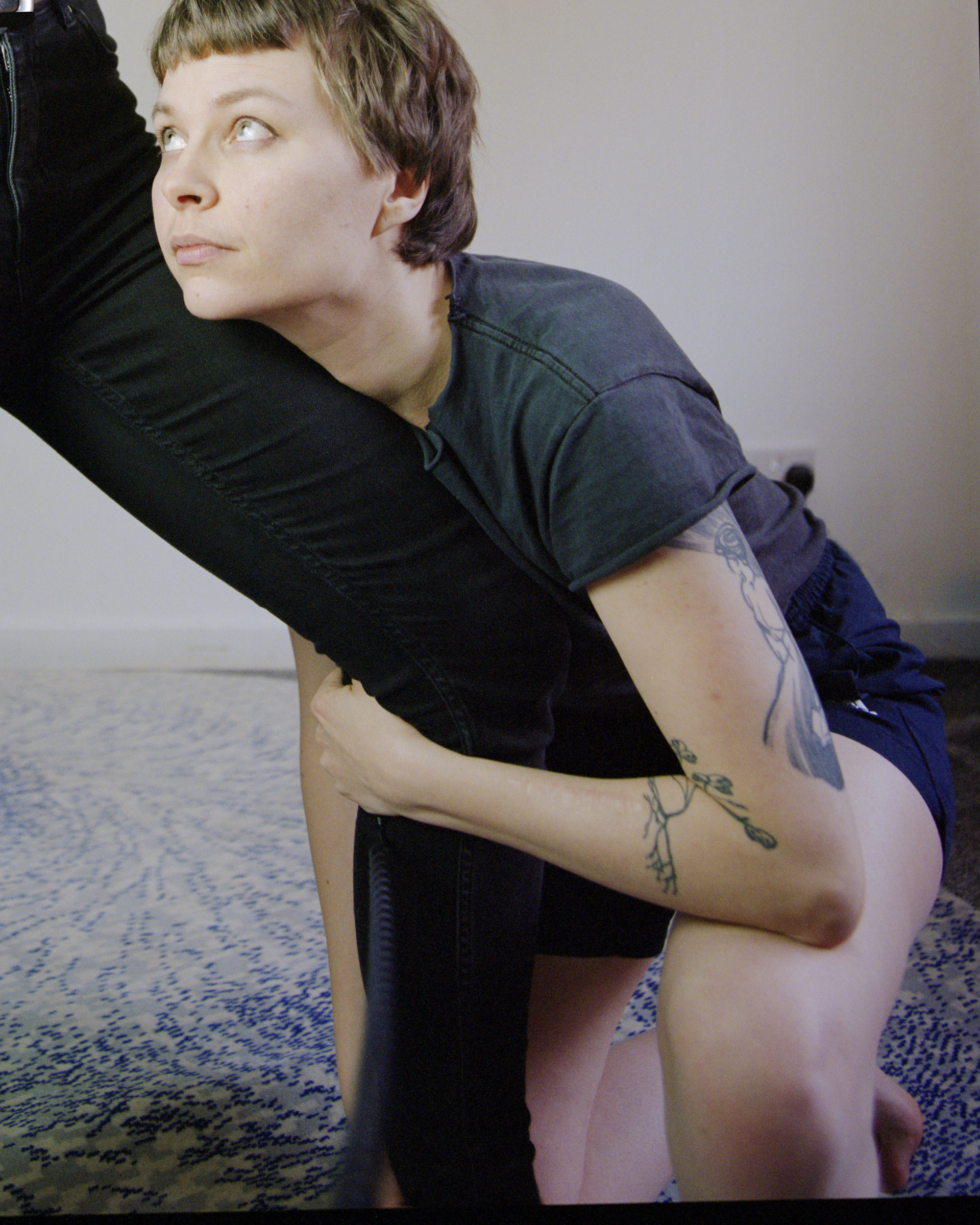 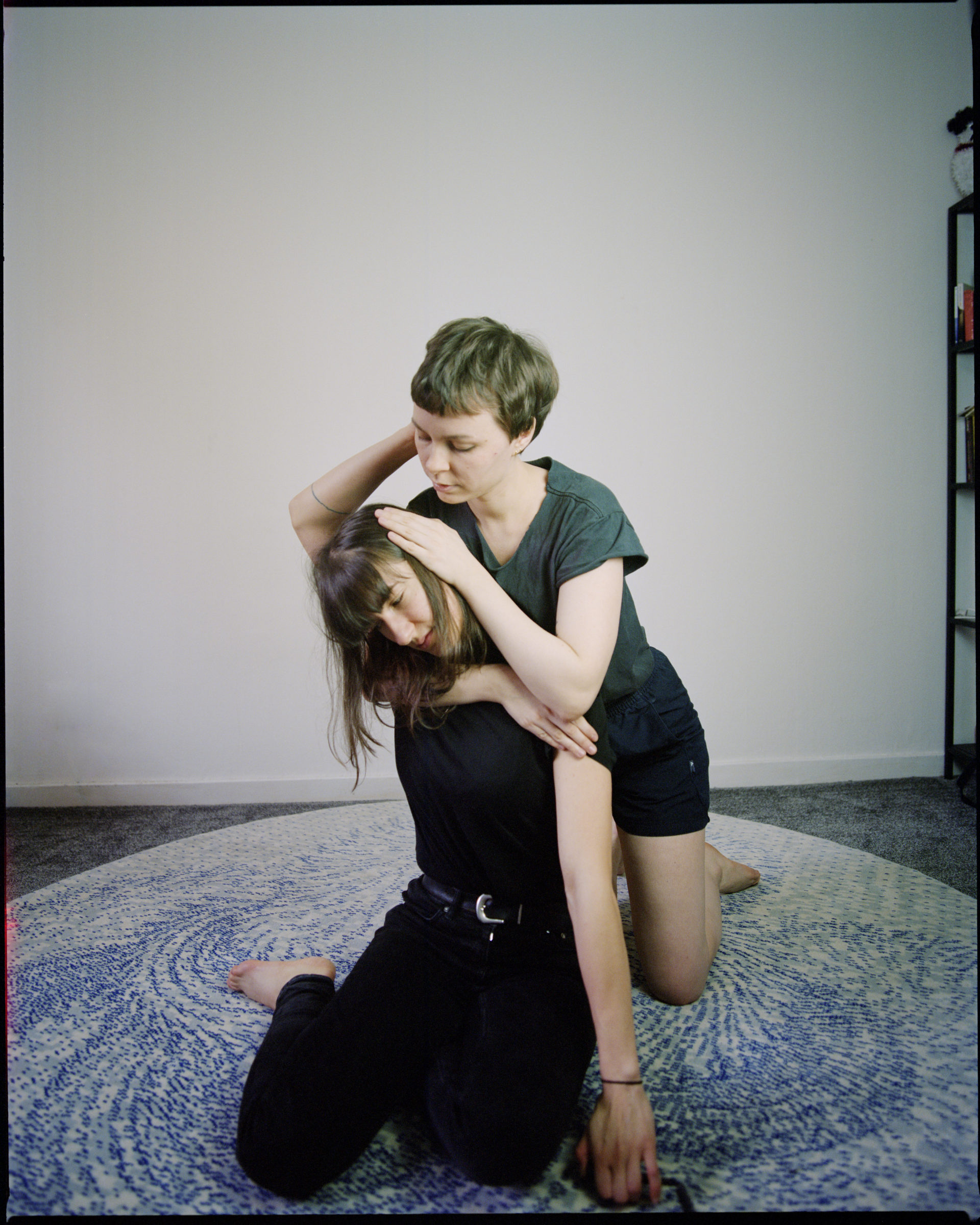 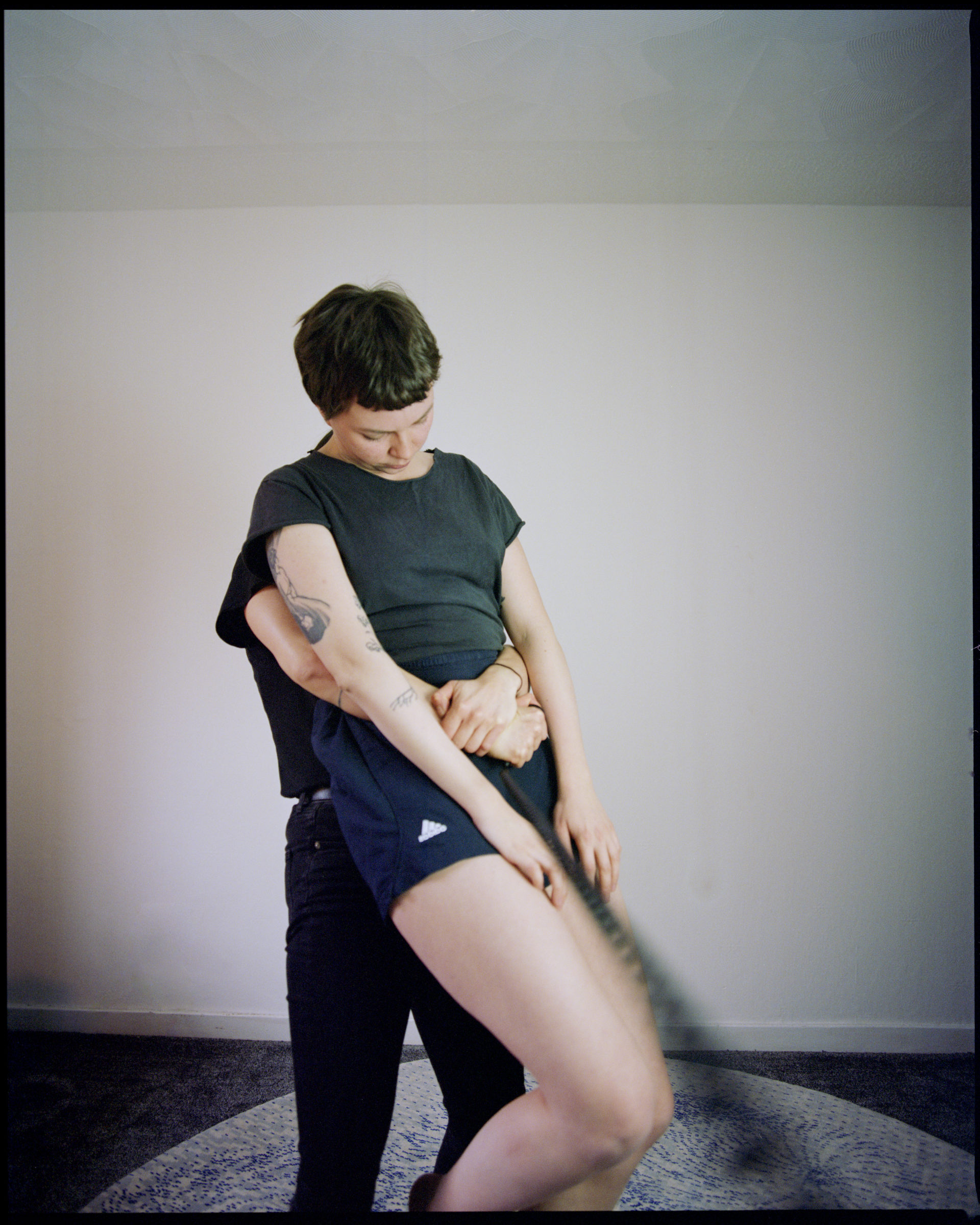 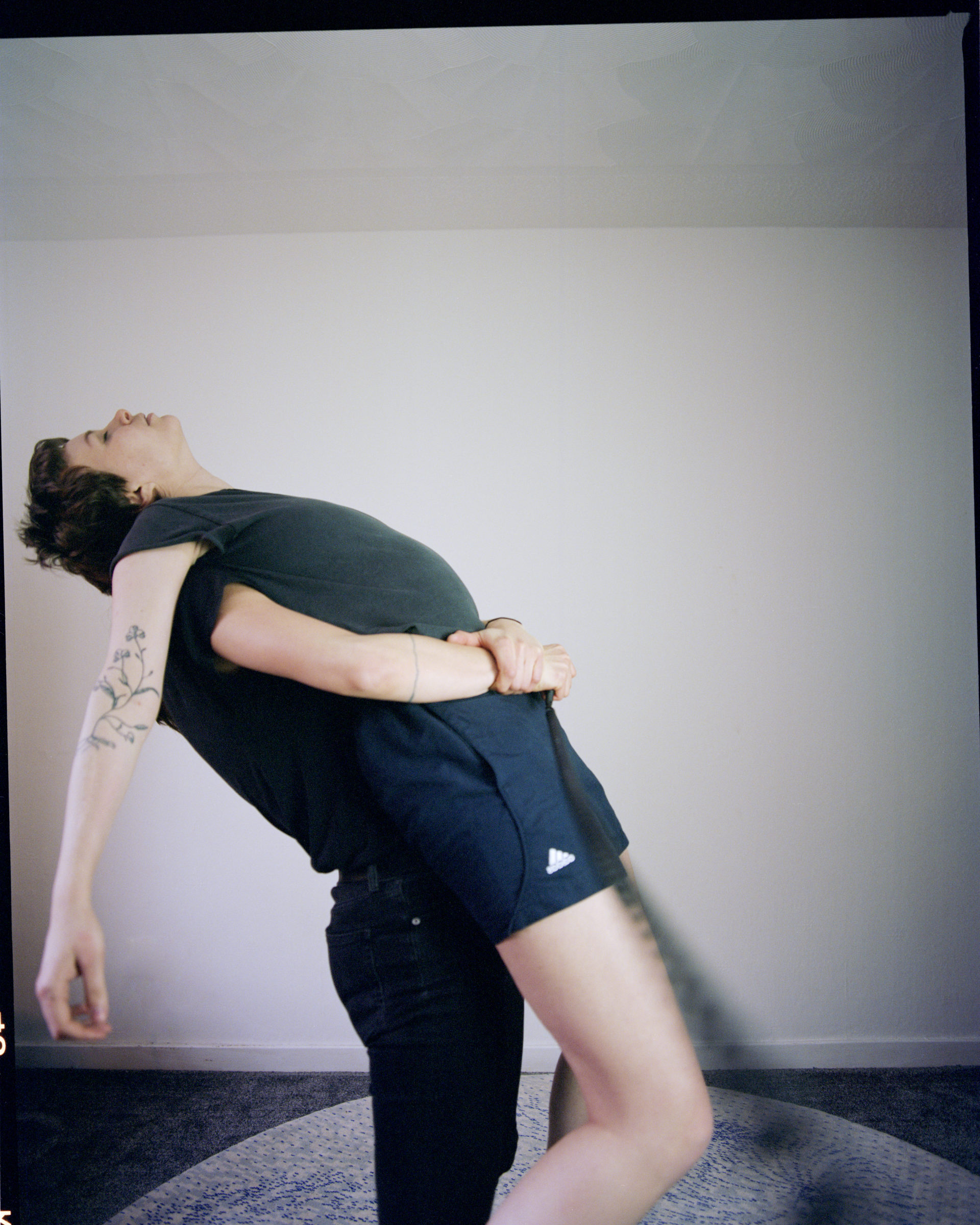 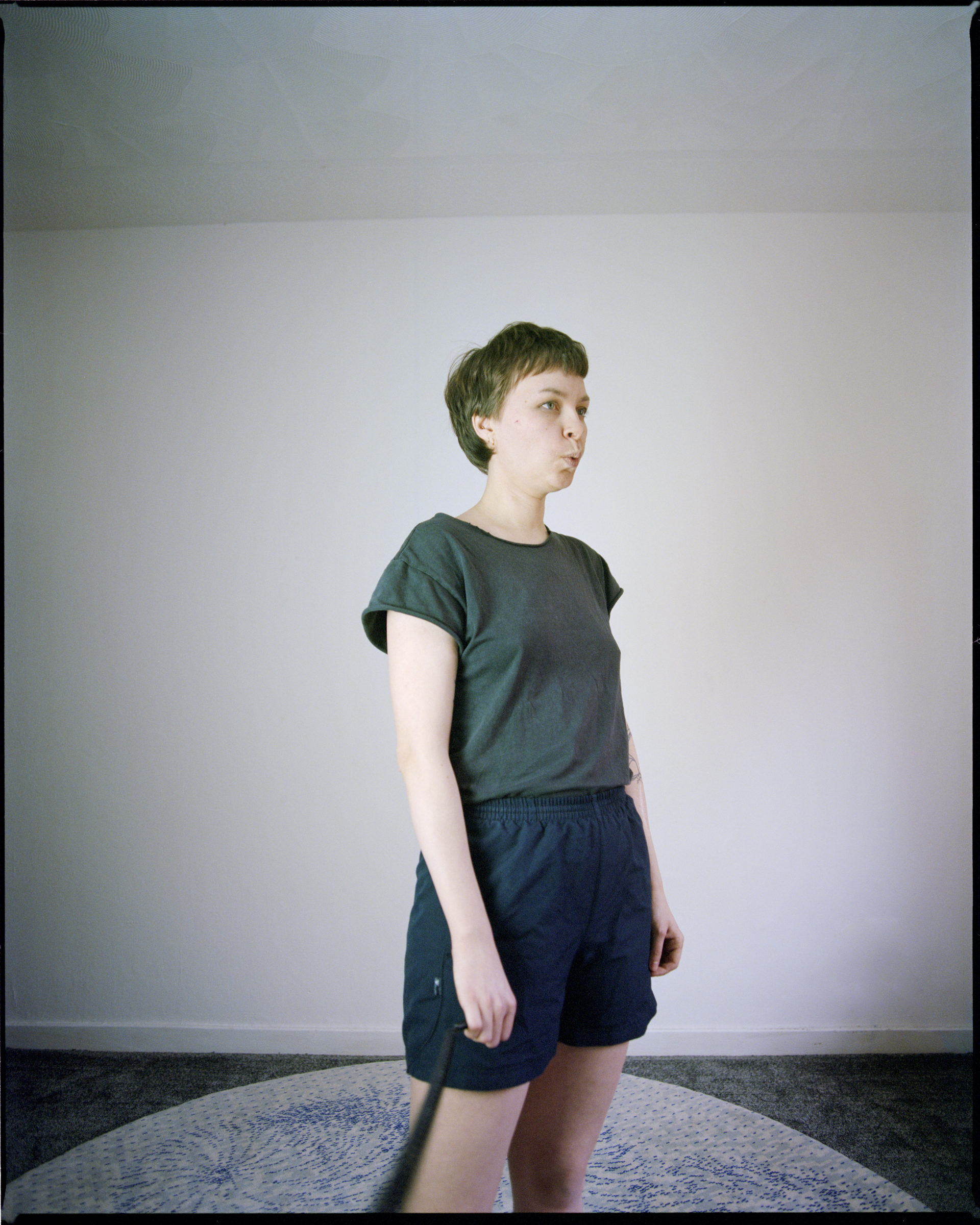 Untitled Compositions (performance 1) The duet series consists of several instalments. I also included a note about further development to illustrate the type of rules I was following at the time. The focus of the work was on confrontations and exploration of self-representation and indeterminacy. As a portrait photographer, I let go of control by sharing and negotiating the command of the shutter release. On the other hand, I attempt to maintain control by applying my pre-designed set of rules. For this piece, I was inspired by wrestling and Sophie Calle’s conceptual scenario-based documentary photography. While, the solo, black and white series of double exposures looks at themes around self- perception and performance.