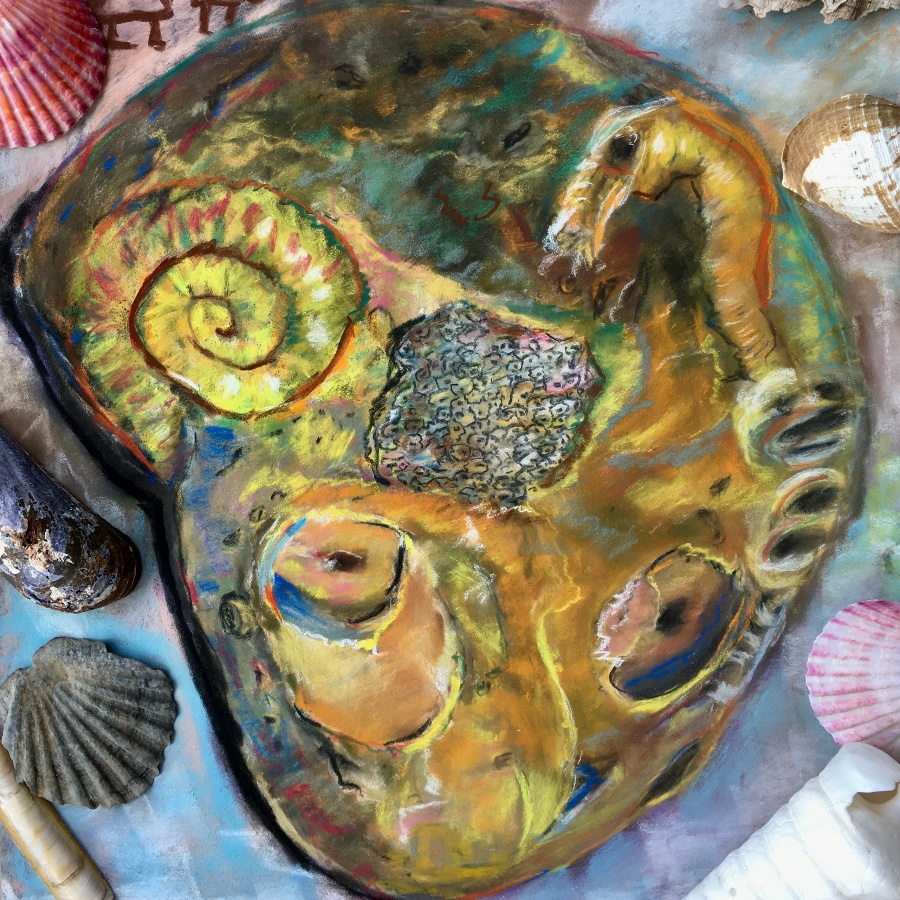 Previous entryDo You Even Know Her?
Next entryWhy Bother Leaving The House?
January 31, 2021

Can Art Adequately Preserve The Magical Experience Of Childhood Memories Of Make-Believe? 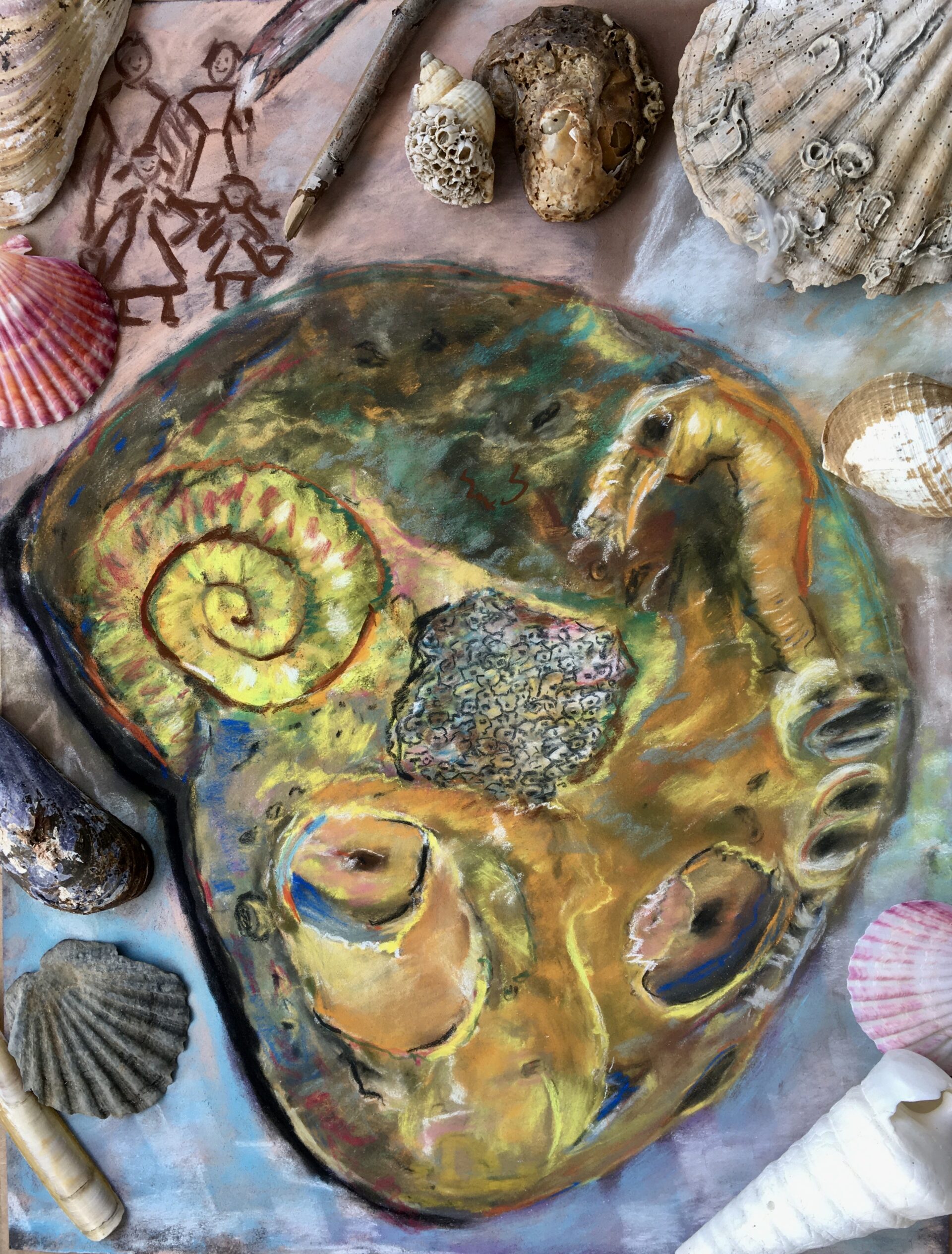 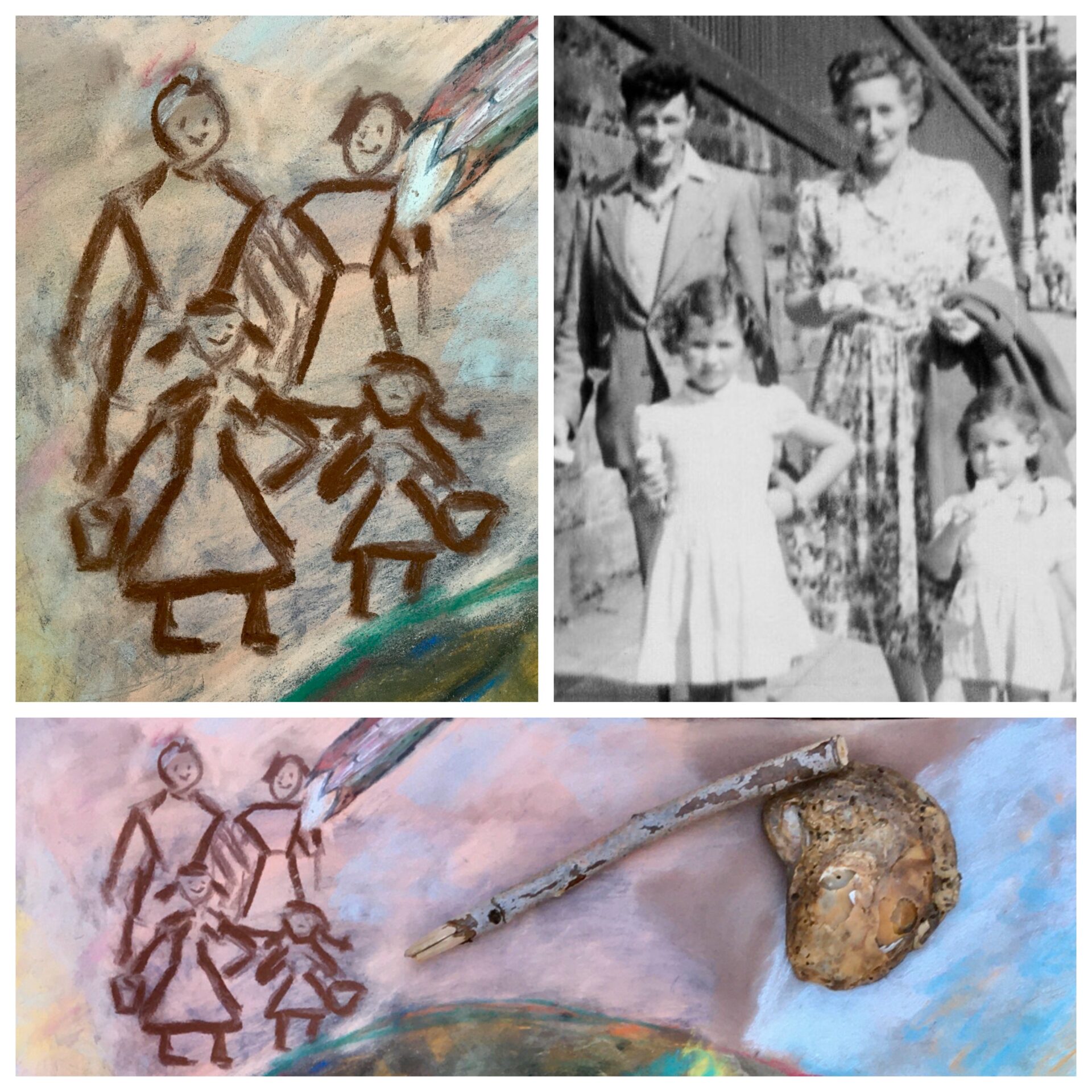 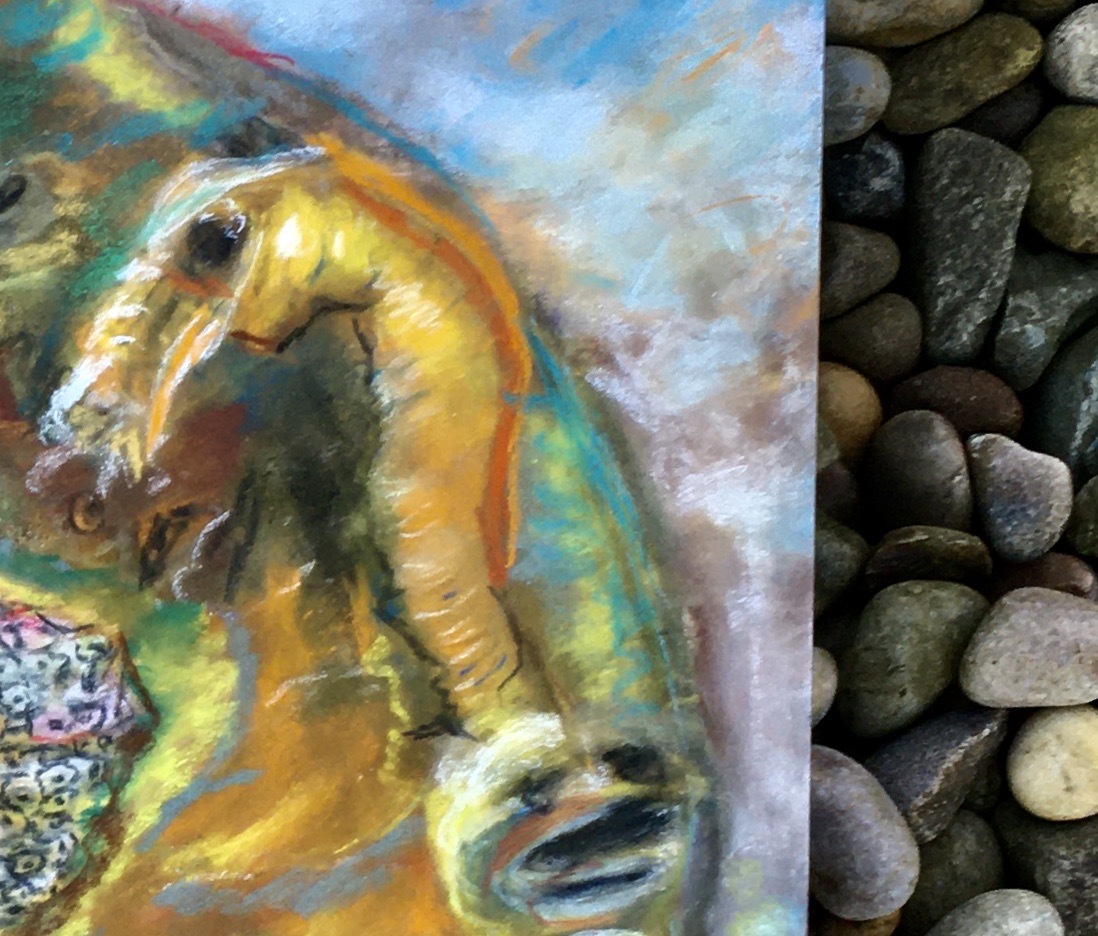 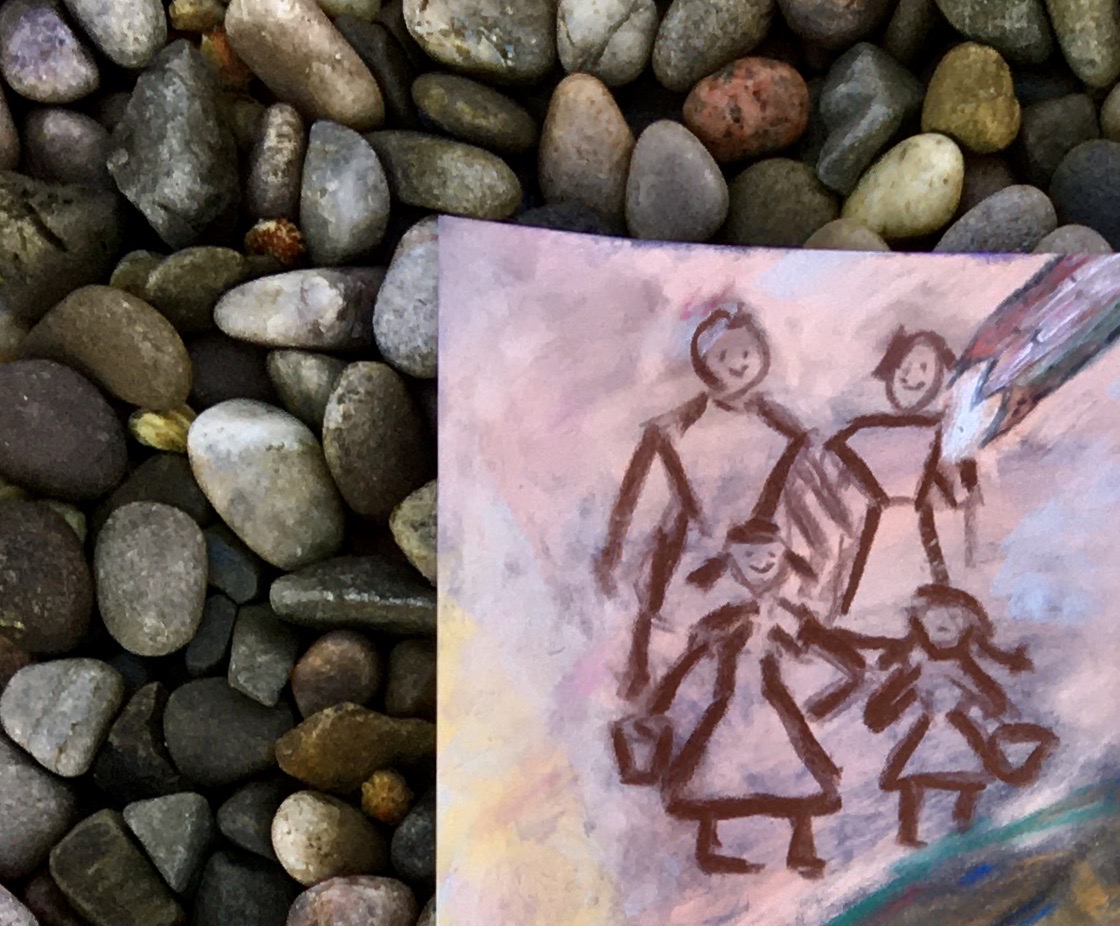 This artwork grew from memories of my parents, elder sister and I as children, heading for the beach clutching ice creams in one hand and spades and buckets in the other.

Drawing pictures in the sand, with short strong sticks, gathering seashells and building sandcastles with dams developed into much more purposeful beachcombing. This took us off the beaten track and among the rocks in search of unusual, even grotesque items that had been helplessly washed ashore.

My father was definitely the ideas man, providing us with the kindling to make our imaginations run wild. It was he who warned us of the dangerous sea monsters watching us from the sea and that the beached seal rotting in the sunshine was actually a shrunken man-eating sea serpent.

Over the years we gathered several shells encrusted with fossilised sea creatures. This artwork focuses attention on our most memorable and precious find, a common oyster shell encrusted with an extinct fossilised marine mollusc and sea worms, which my elder sister imagined as an ancient sea-monster’s severed ear. This artwork serves to preserve the magical experience of this childhood memory of make-believe.

Share
Read More
Next entryWhy Bother Leaving The House?
Previous entryDo You Even Know Her?