Can anyone hear me? 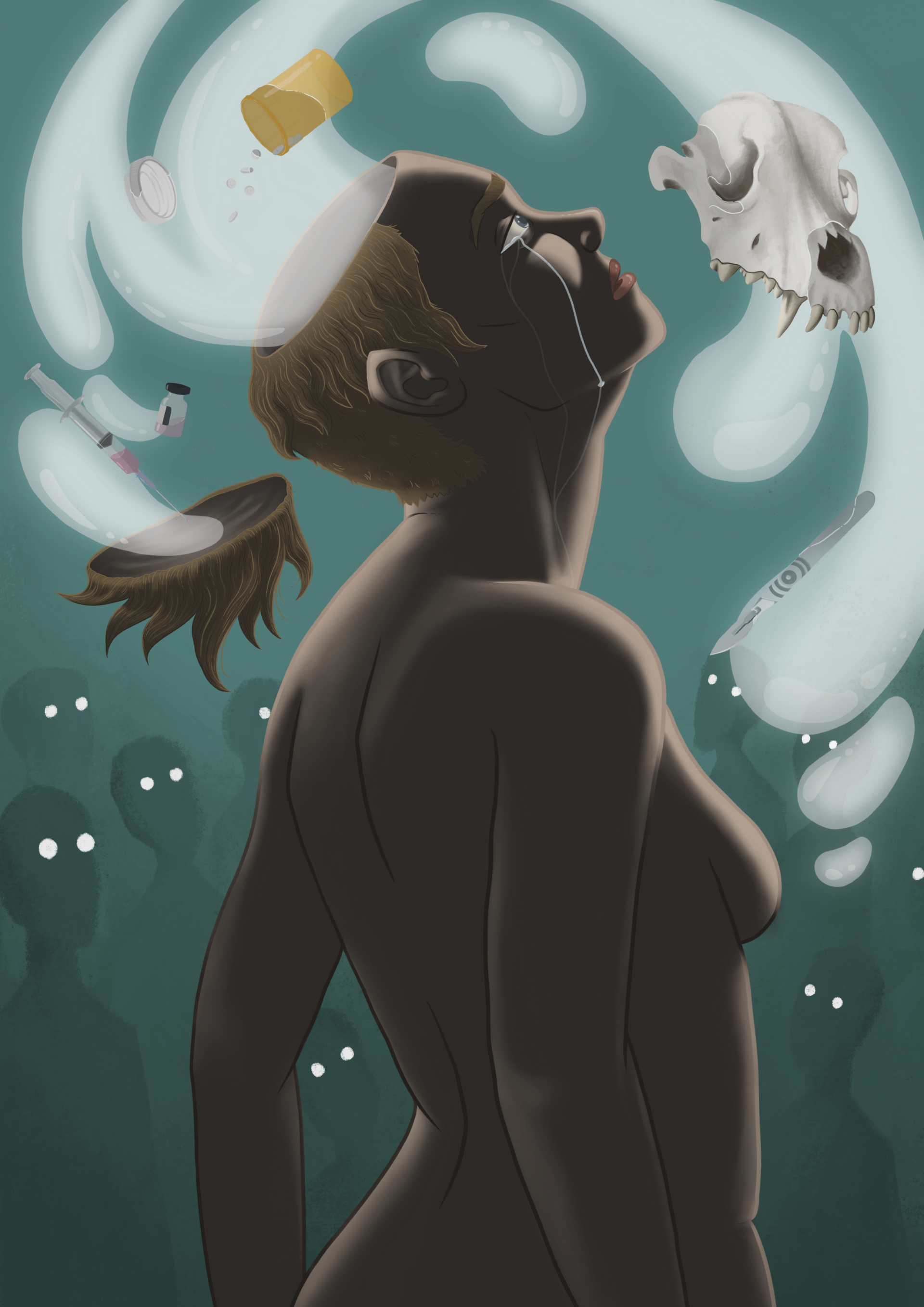 I painted this illustration as a therapeutic expression of the depression, isolation, and anxiety I have experienced since moving from America to Scotland for veterinary school. The figure is a self-portrait, but I wanted the pose, expression,and surroundings to be relatable. The tears and the spiraling liquid represent my negative feelings and experiences, but they glow to represent the catharsis of being released. The expression of the figure is meant to be somewhat desperate from all her time spent struggling, but she’s looking up because she’s hopeful. The liquid is spiralling out of her head to show that it had burst under pressure. The objects suspended in the liquid can be interpreted literally as objects relevant to veterinary education and to represent the pressure of how much students are expected to know. They are simultaneously objects of substance abuse, self-harm, and death. The background figures are bystanders. They’re merely observing with no interest in helping or intervening. I want this piece to be relatable to anyone else struggling, particularly those in the veterinary field. Depression and suicide are major issues in veterinary medicine and veterinarians are 3 times more likely to commit suicide than any other civilian profession.