By simply looking at these images, who could infer that somebody was shot behind one of the closed windows? 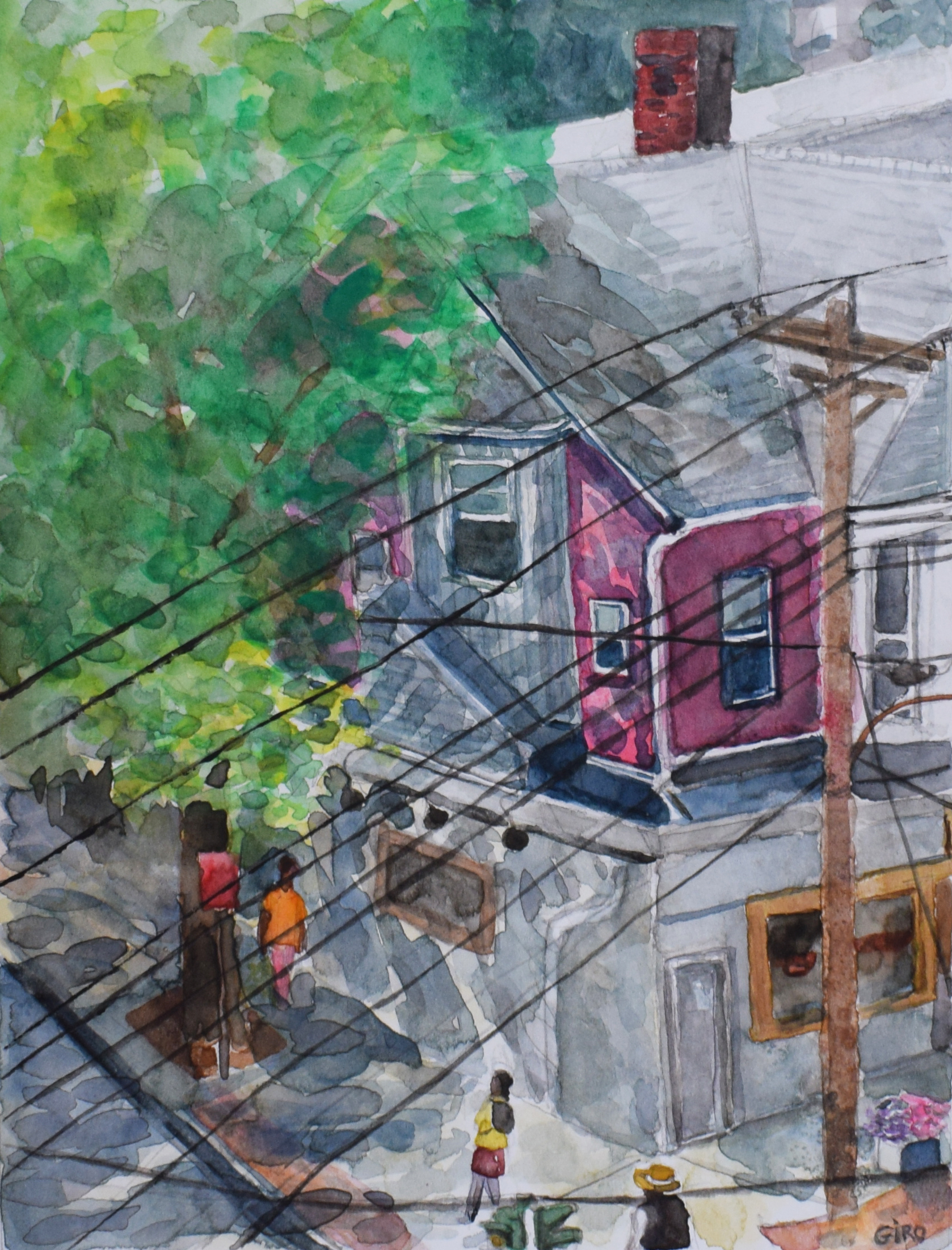 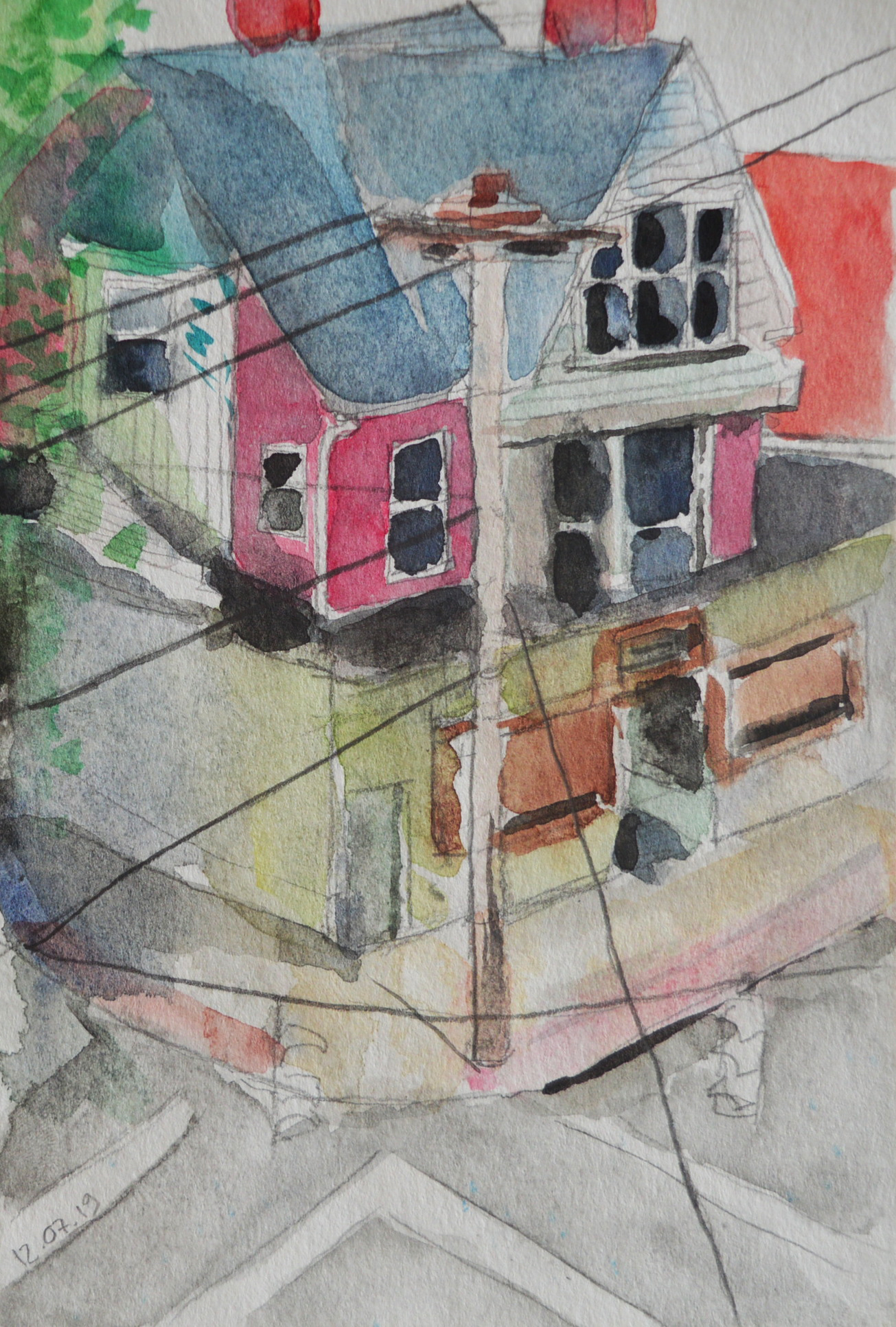 Last summer, whilst staying in the United States, I was shocked to see how violence could abruptly emerge in a place whose name connoted safety and refuge. I was staying in a city named New Haven, most famous for its association with Yale University; but also a place caught in the inevitable dichotomy of “town and gown”. If social inequalities were embodied by the homeless people and drug addicts who traversed the city centre, violent gestures were less visible, at least from my privileged position of European tourist. When I first settled into my accommodation, I sketched the pretty, colourful view from my living room window. I represented the same view again a month later, adding more detail. Some days after I had completed the second picture, I learned that somebody just had been shot in the room with the red exterior. This brutal and unexpected event forced me to reconsider the relationship between art and reality, questioning my own ability to fully know what I paint. As an artist I continue to wonder how I can express the truths that hide behind the surface of things.