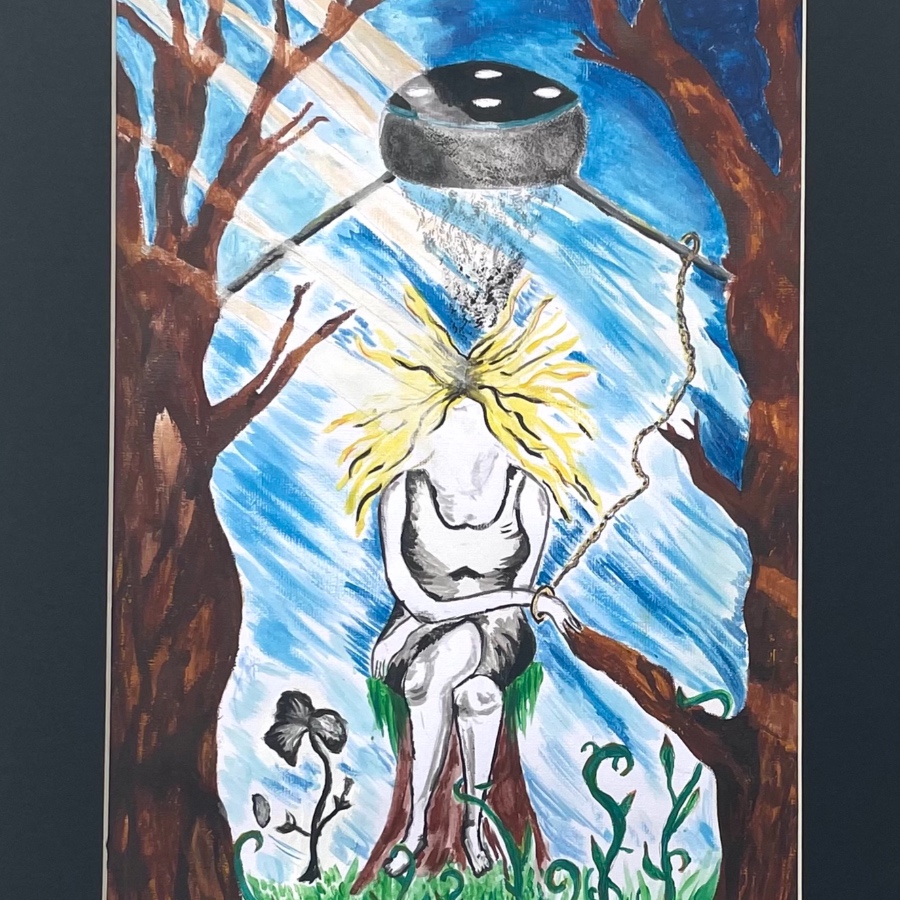 Previous entryIf I Show You My Inner Demon, Can You See past My Tourette’s?
Next entryWhat Do You Wanna Say?
July 30, 2021

At What Point Does Technology Do More Harm than Good? 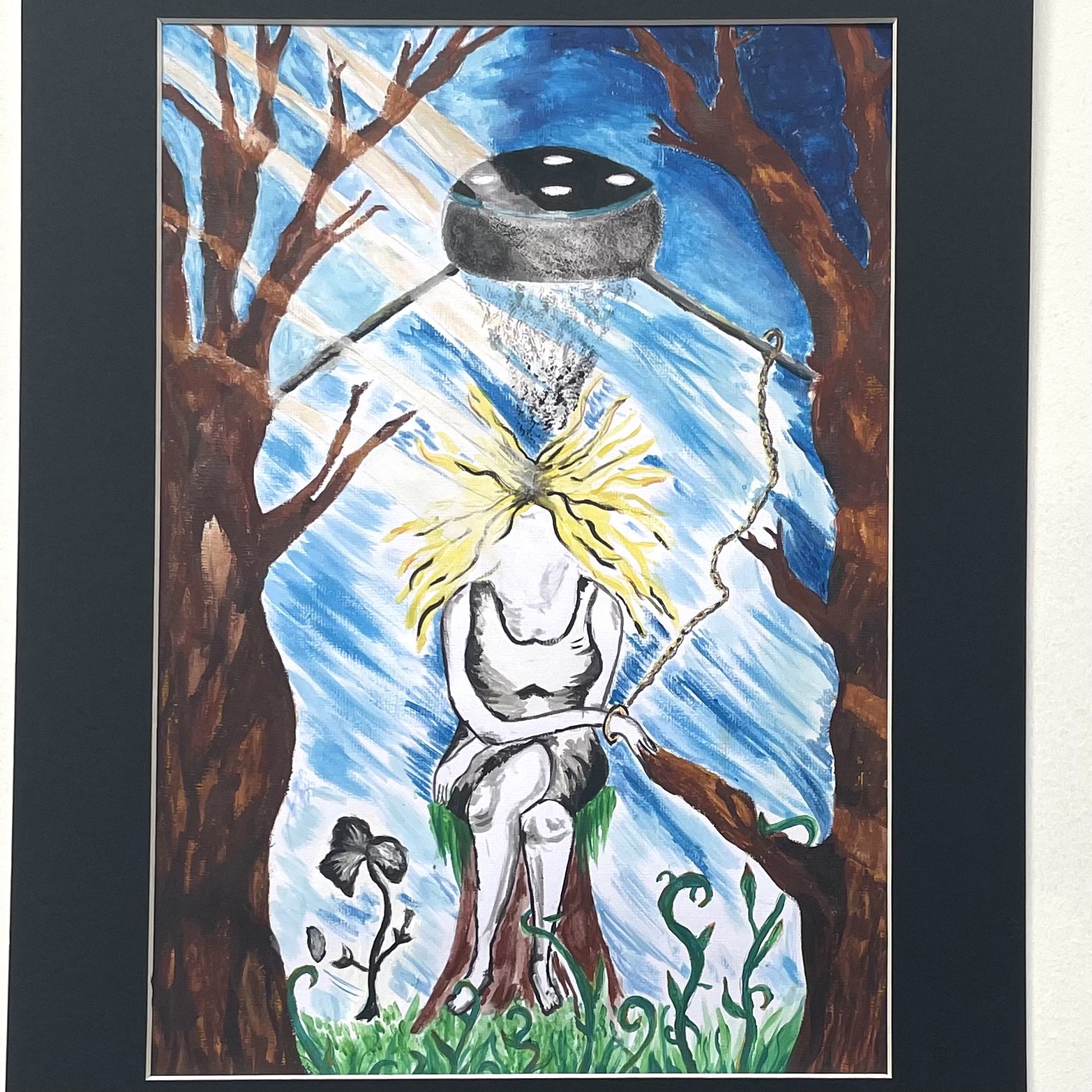 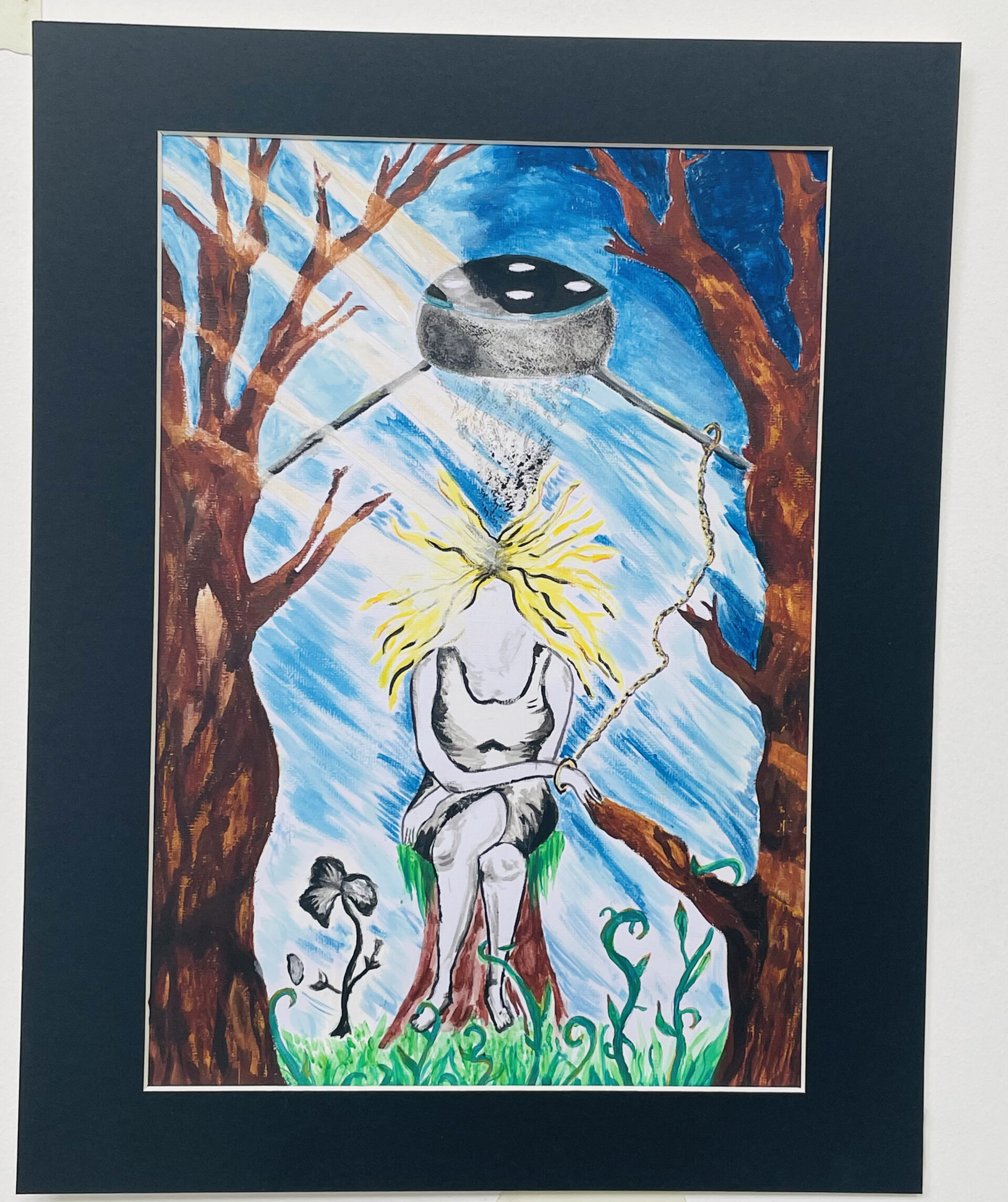 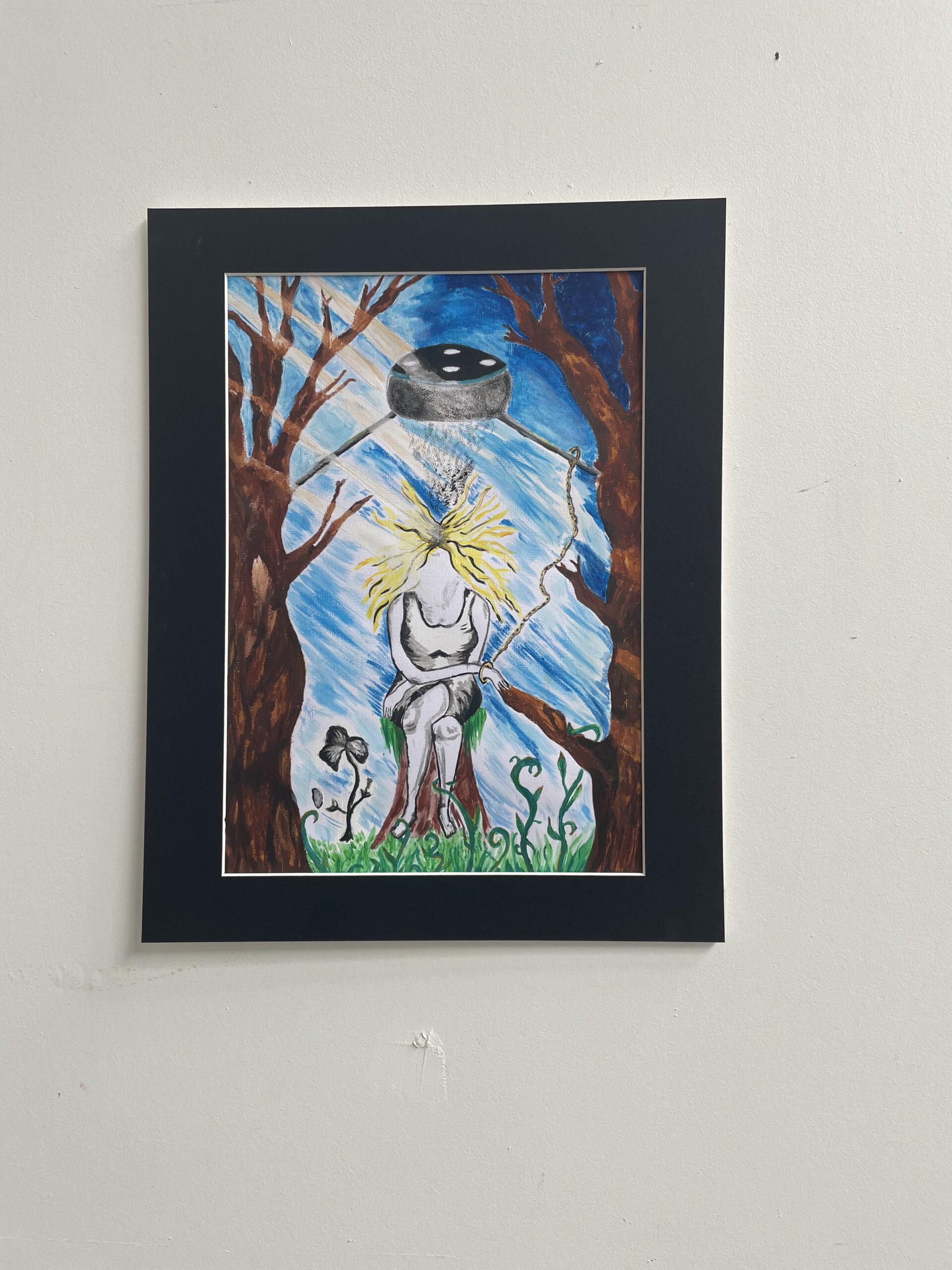 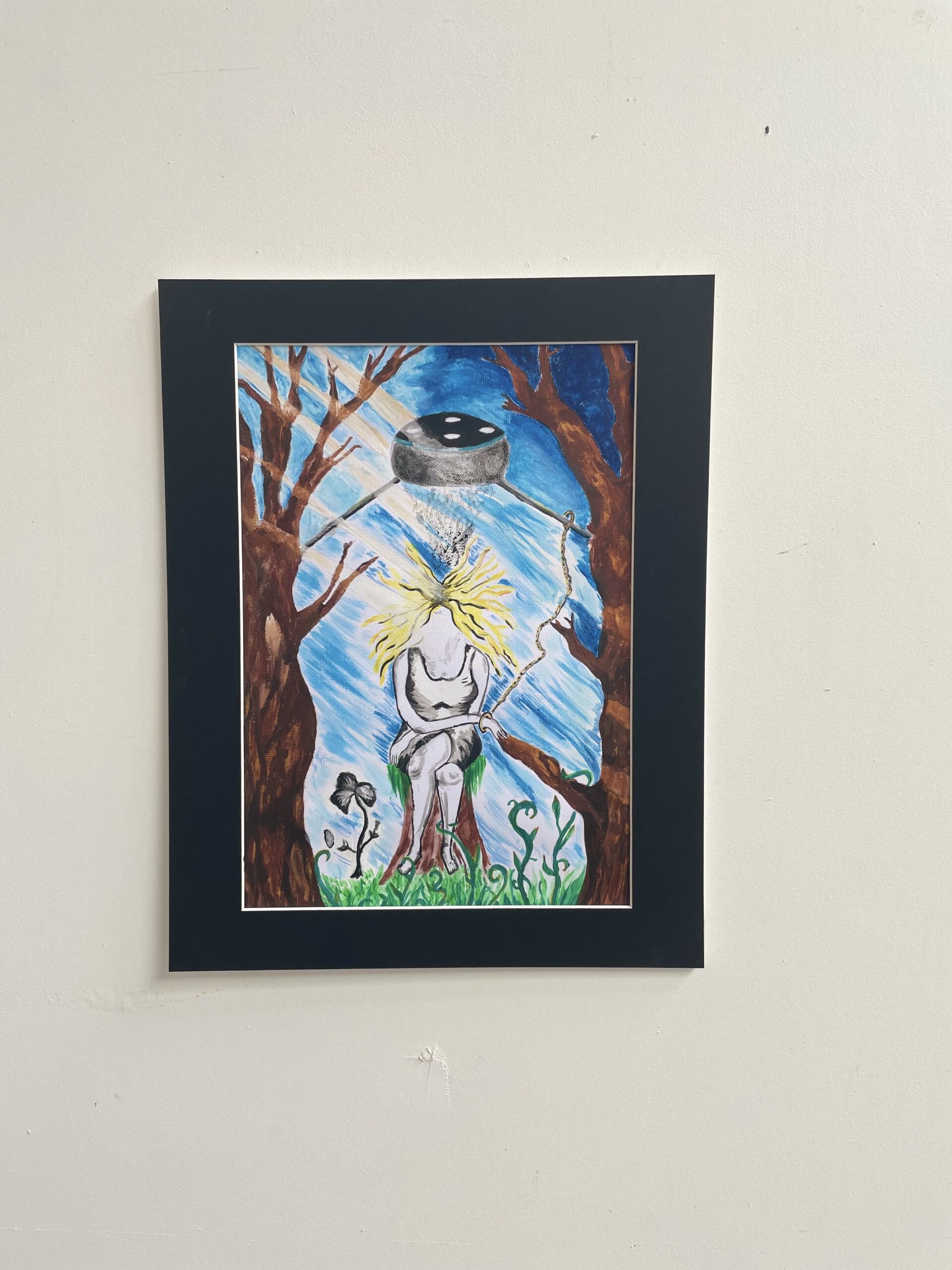 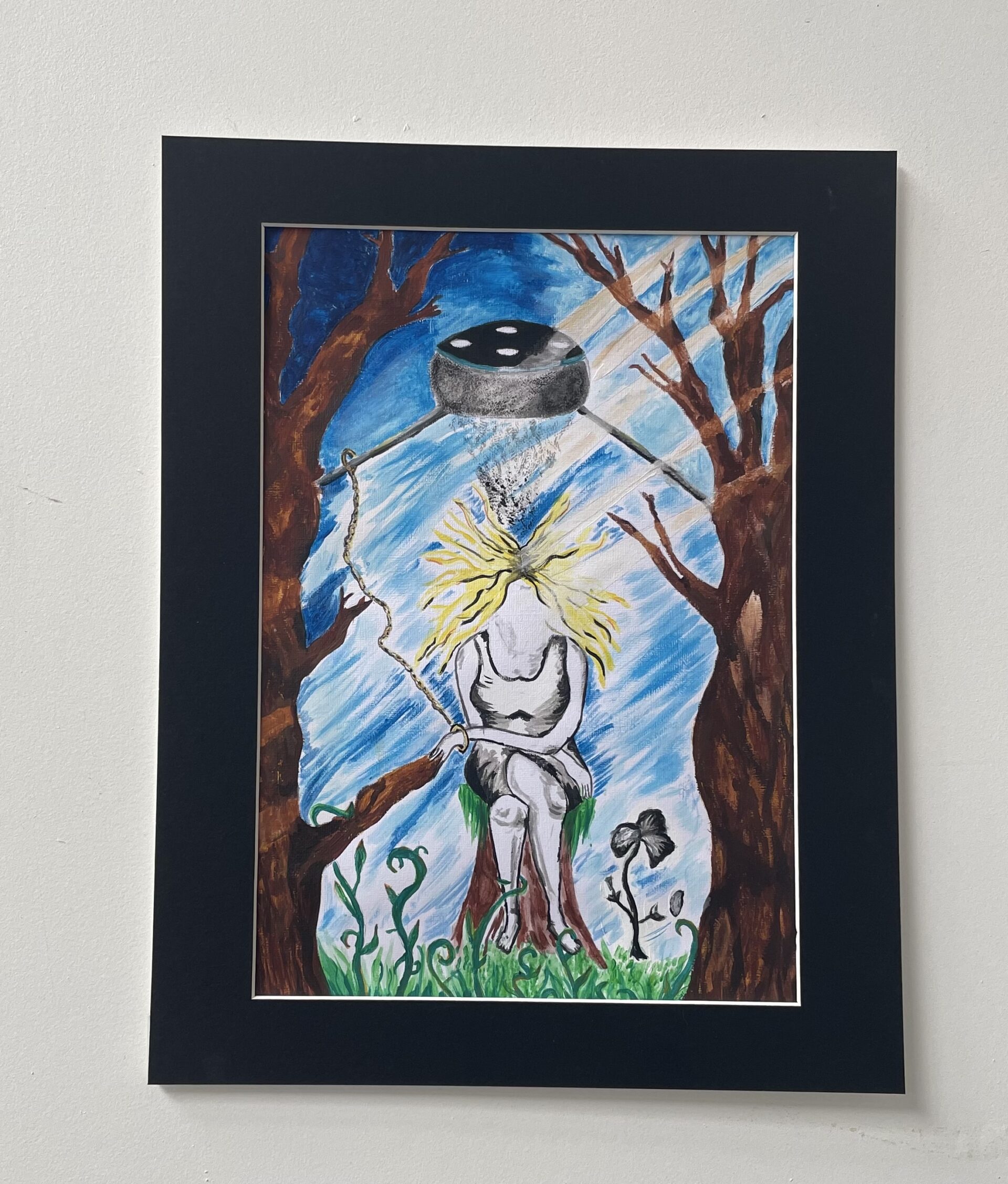 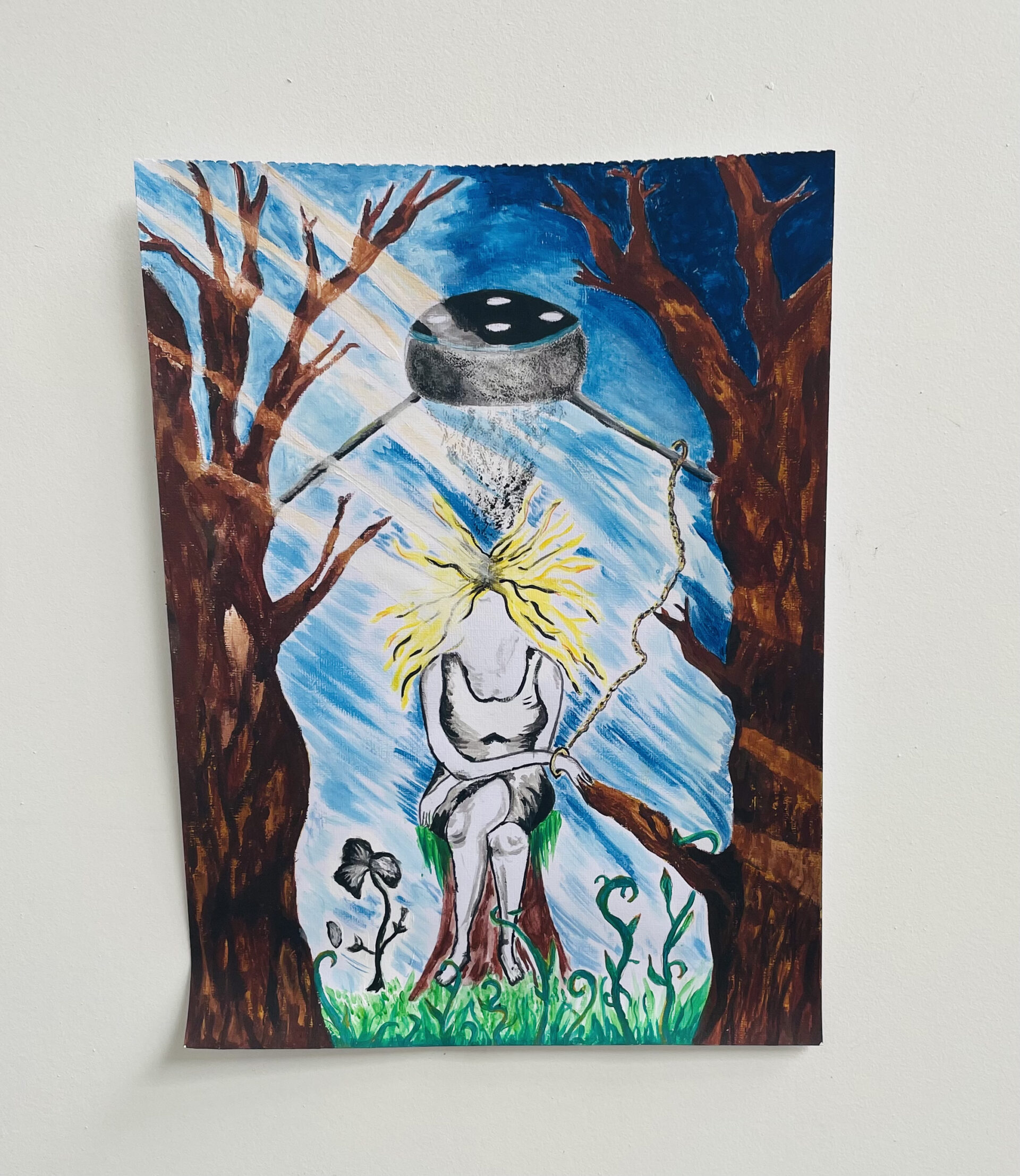 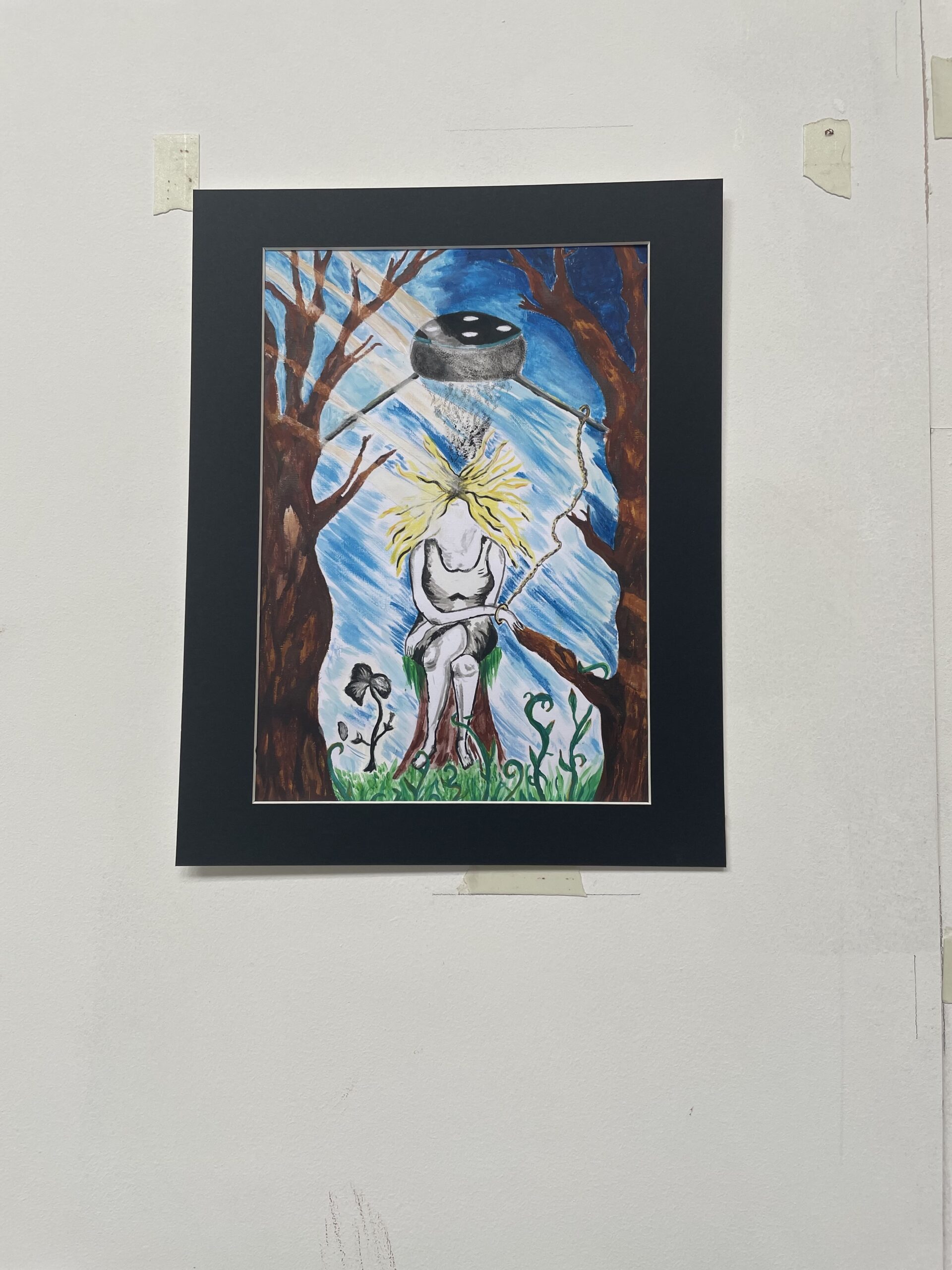 AcrylicWelcome to the Modern Amazon, 2021A4

This piece of Artwork is named “Welcome to the modern Amazon”. It is based on technology and aims to highlights the message of Society’s reliance on technical devices. The device I have used as a focal point is Amazons “Alexa”. Although this device can be useful for people with difficulties. Alexa is a piece of technology that can basically think for the human controlling her, it cuts out any form of self-research which leads to minimal self-satisfaction. It has the tendency to make people lazy and can isolate people by taking away our capabilities thus leading to confidence issues. This piece shows Alexa acting as the brain of the lifeless figure beneath her the body is representative of two meanings: the personification of Alexa after a hard day’s labour and a figure of the modern world. I have done the figure in black and white to represent the dullness of being a slave to technology. The trees and vines and colourful and full of life pulling down on the figures leg almost saying ” wake up! Look around and research the beauty in the world instead of relying on technical devices, the internet, and social media.

https://www.etsy.com/shop/AlbiArtsNCrafts?ref=search_shop_redirect AlbiArtsNCrafts
Share
Read More
Next entryWhat Do You Wanna Say?
Previous entryIf I Show You My Inner Demon, Can You See past My Tourette’s?