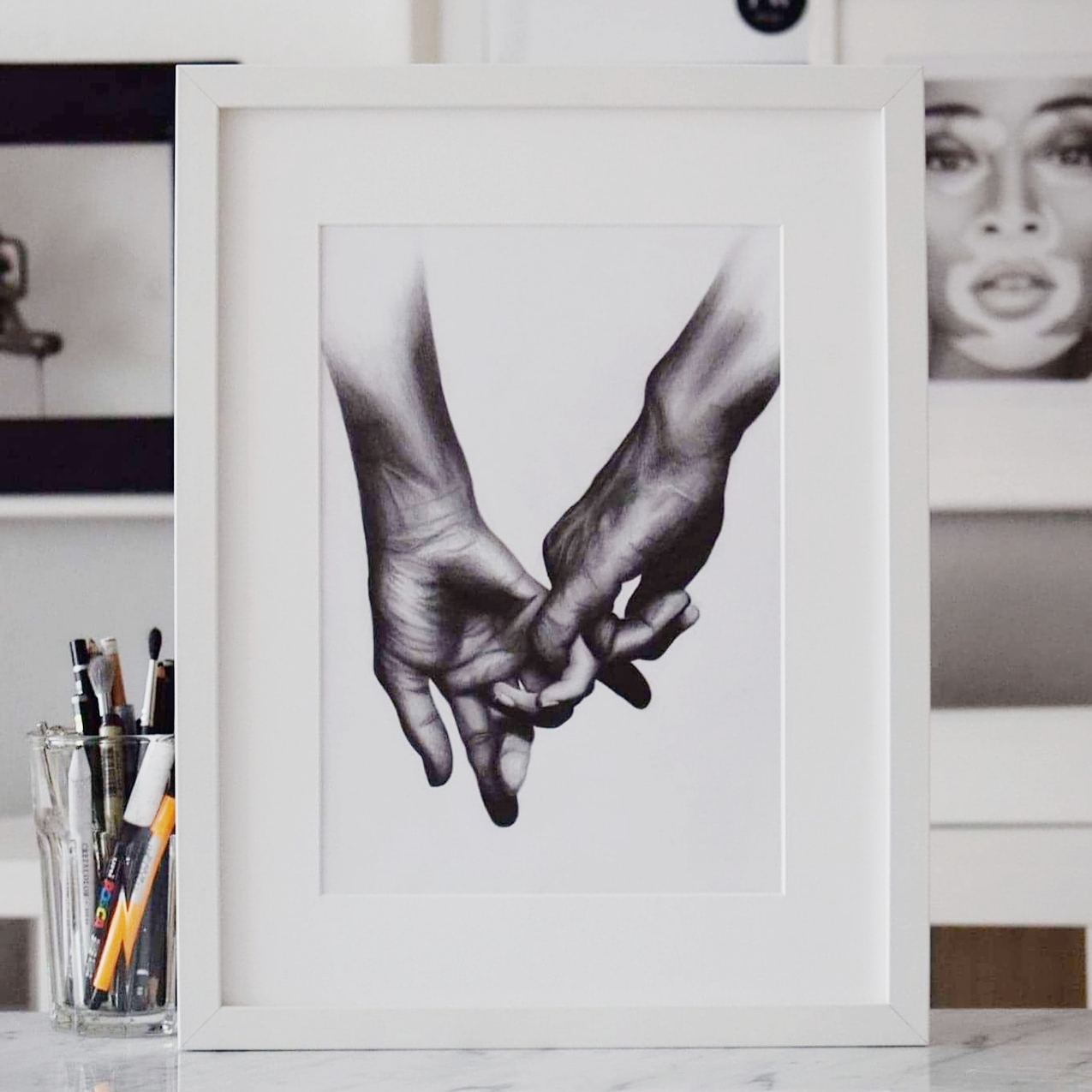 Previous entryCan we save them?
Next entryWho Does Addiction Hurt The Most?
July 2, 2019 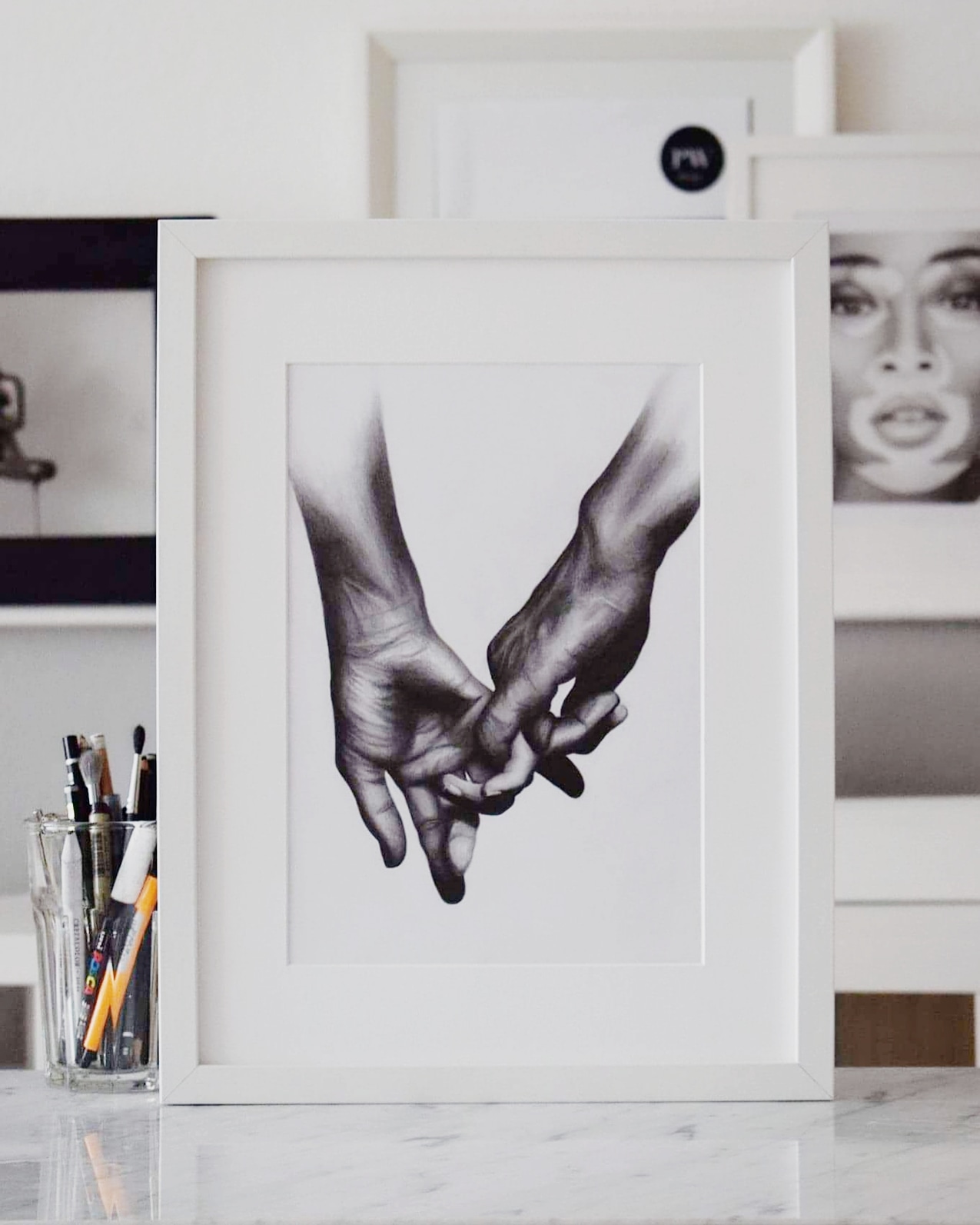 My entry is a drawing of two male hands holding each other. Apart from the physically existent drawing, the artwork furthermore consists of the observation of reactions. How far have we come since Stonewall in 1969?

How do people feel about the exposition of such a drawing without leaving any comment about its meaning, intention etc?

Whereas most people would not specifically notice the facts that the hands are both male, it would cause others much awkwardness, discomfort, maybe even disgust. While executing my idea of the drawing it was very important to stress an unapologetic lightness in the physicality of the hands and to choose a technique that could be both, realistic and sketchy. The second, most important, part of the project was to expose people to this simple act of interhuman affection and observe. Whereas some would concentrate on commenting the technique or the drawing itself, others would loose positive comments on its “message”. However, for some this drawing was enough to leave hate comments on my online blog, unfollow and even report the post as spam and hate speech.

I am not judging. There is no intended message. This is just exposure and observation.

You,
Pencil on Paper,
A4

My work in general focuses on realism only. I like to portrait the beauty of diverse types and strong characters. The viewers thoughts play a main role in what I do. I like to talk to them a lot.

For “You.” I chose a different technique than usual. As explained above it should be considered realistic and sketchy at the same time to show how far acceptance for minorities has come in some places and how far back it is still elsewhere.

I chose this title (“You.”) to further provoke thoughts and reaction. Does the viewer understand it as a question? An accusation? As a part of a story? An open invitation to self reflection. Another element I like to play with in most of my work. “You.” as a title was a good way to reach out beyond the sheet of paper into the viewers mind. If it planted happiness, encouragement, hate, questions or just a certain feeling, my work is done.

Share
Read More
Next entryWho Does Addiction Hurt The Most?
Previous entryCan we save them?