Are we individuals or are we the living story of all who have gone before us? 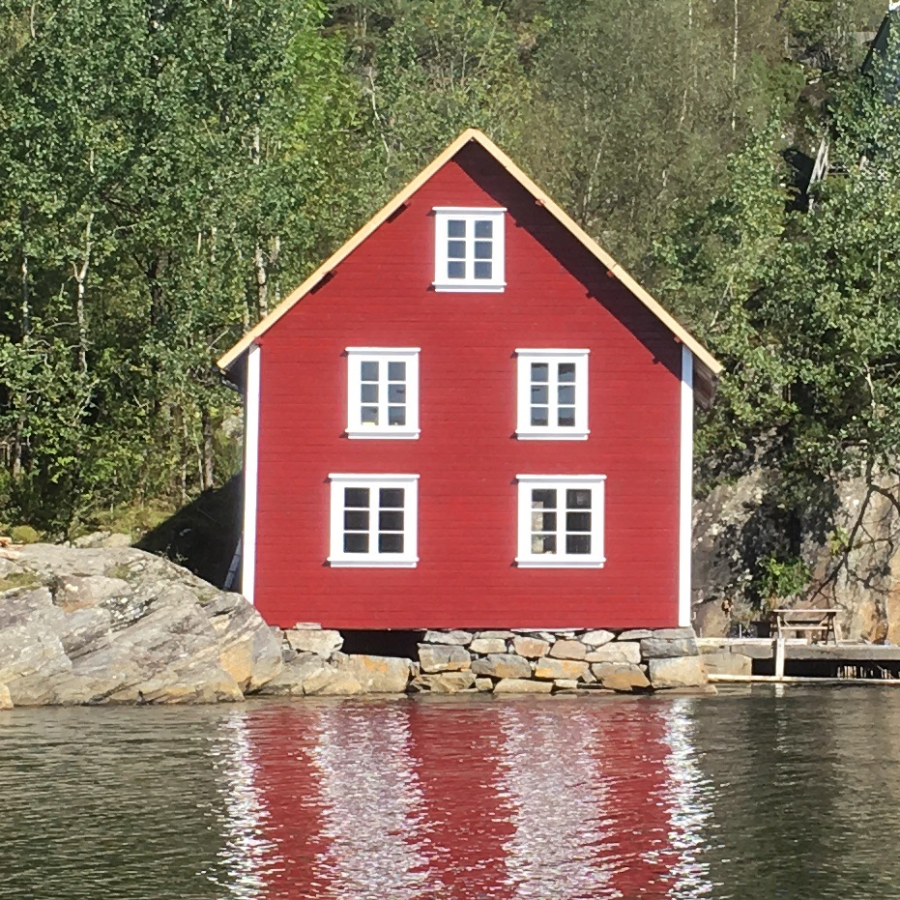 I wrote this play based on true stories I heard around dinner tables and over intimate glasses of Akavitt during my frequent visits to Norway during the past four years. I wrote it as a stranger in a land whose people had for centuries, the mountains at their backs and the sea outstretched before them, sought their fortunes elsewhere – as far as their boats would take them. I wrote it by a fjord not far from that red house in the photo which I was also trying to restore— only a mile away from Europe’s largest stone quarry. I wrote it close to nature while colluding in a culture that cannot seem to stop itself from destroying it. I wanted to understand this not by arguing the toss but as a matter of identity and belonging – history and myth. I wanted to know what it meant to return to such a place as the salmon do – to enact nature’s cyclical narrative in an age when so much energy is spent on linear goals. I wanted to know what this return might bring about for those who stayed and those who left – what happens when we meet ourselves at last.

PreviousCan I be free from oppression?
NextAre you listening?