Are we all just passing witnesses to life amongst these quiet giants? 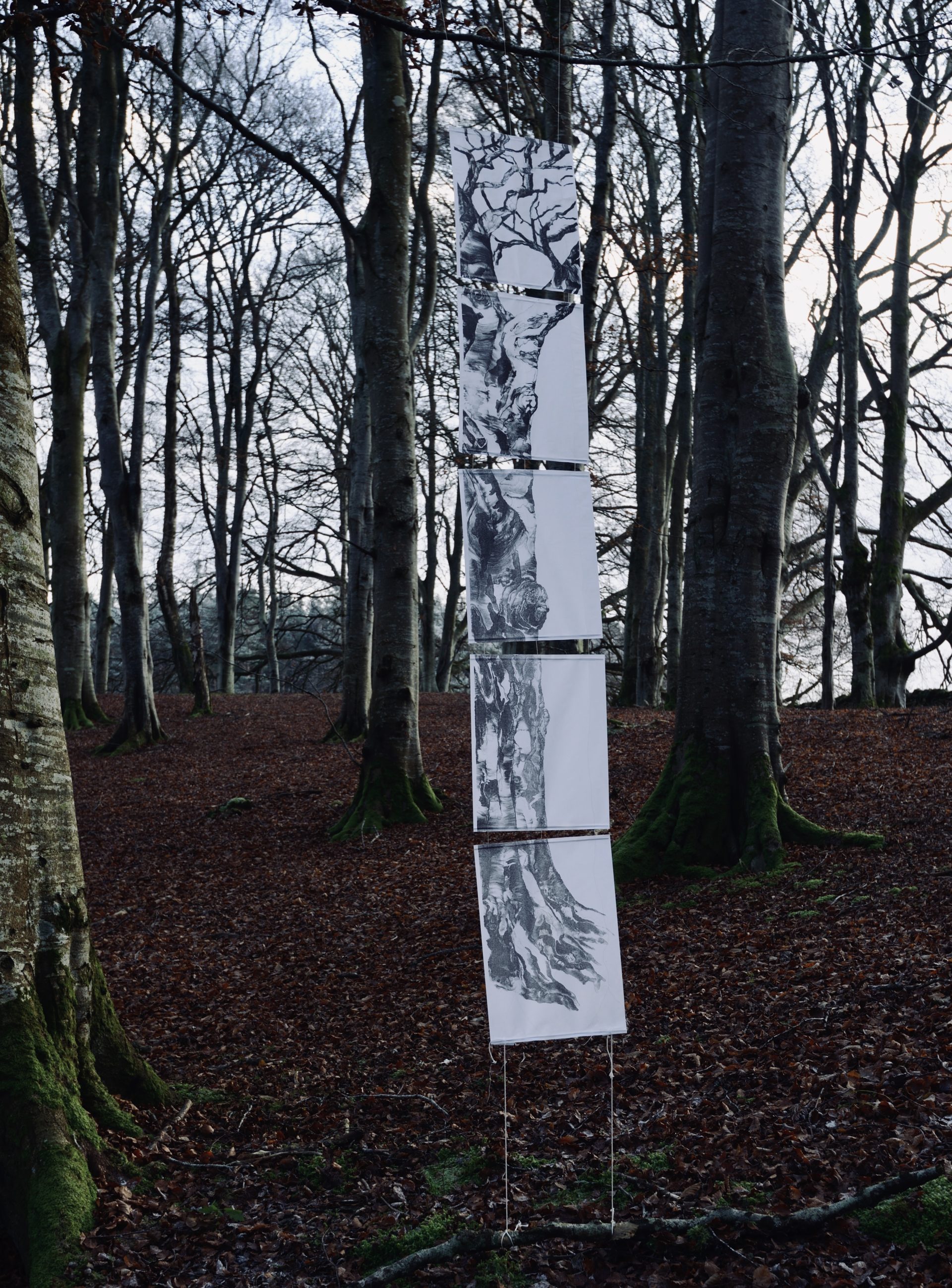 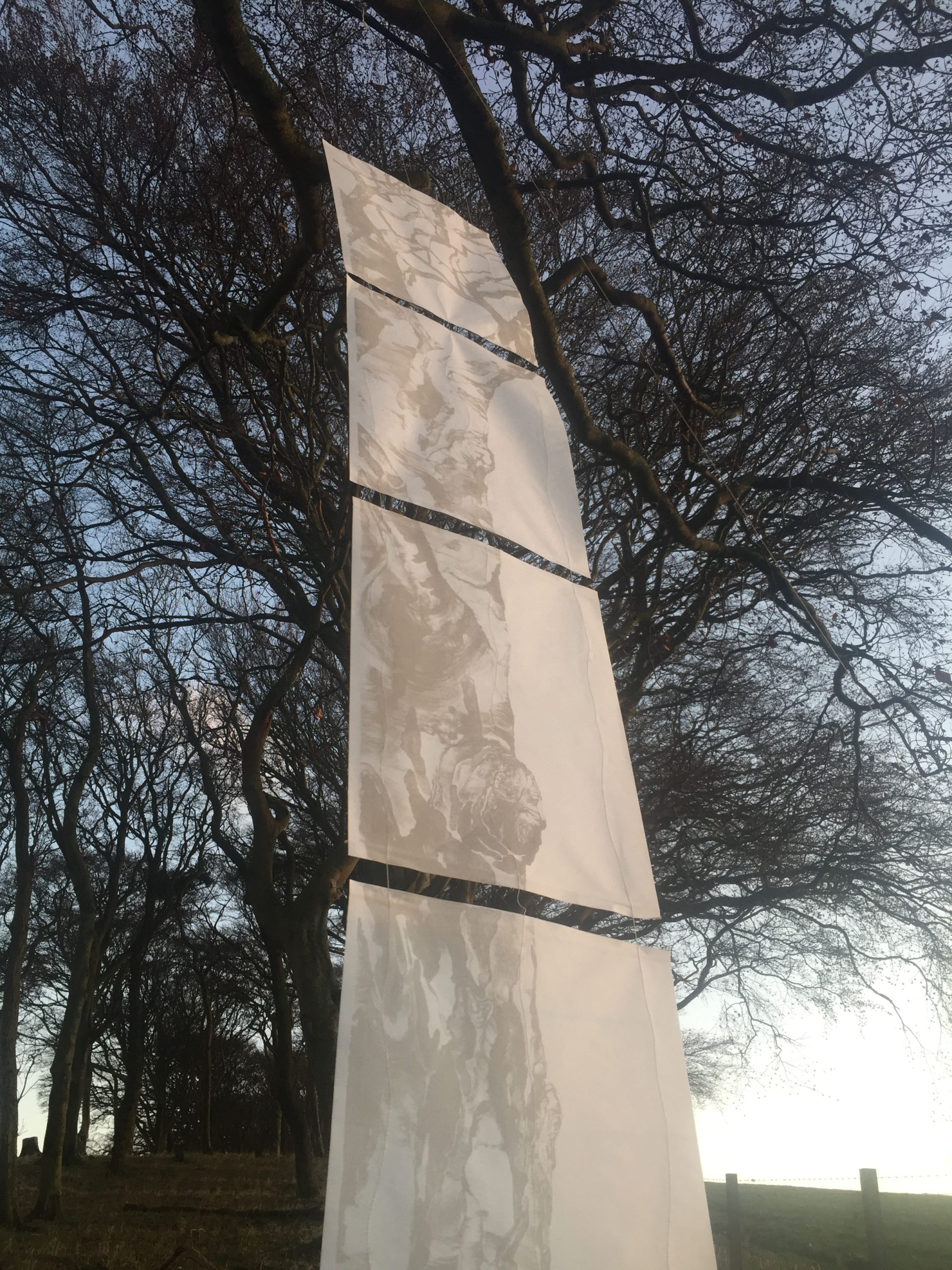 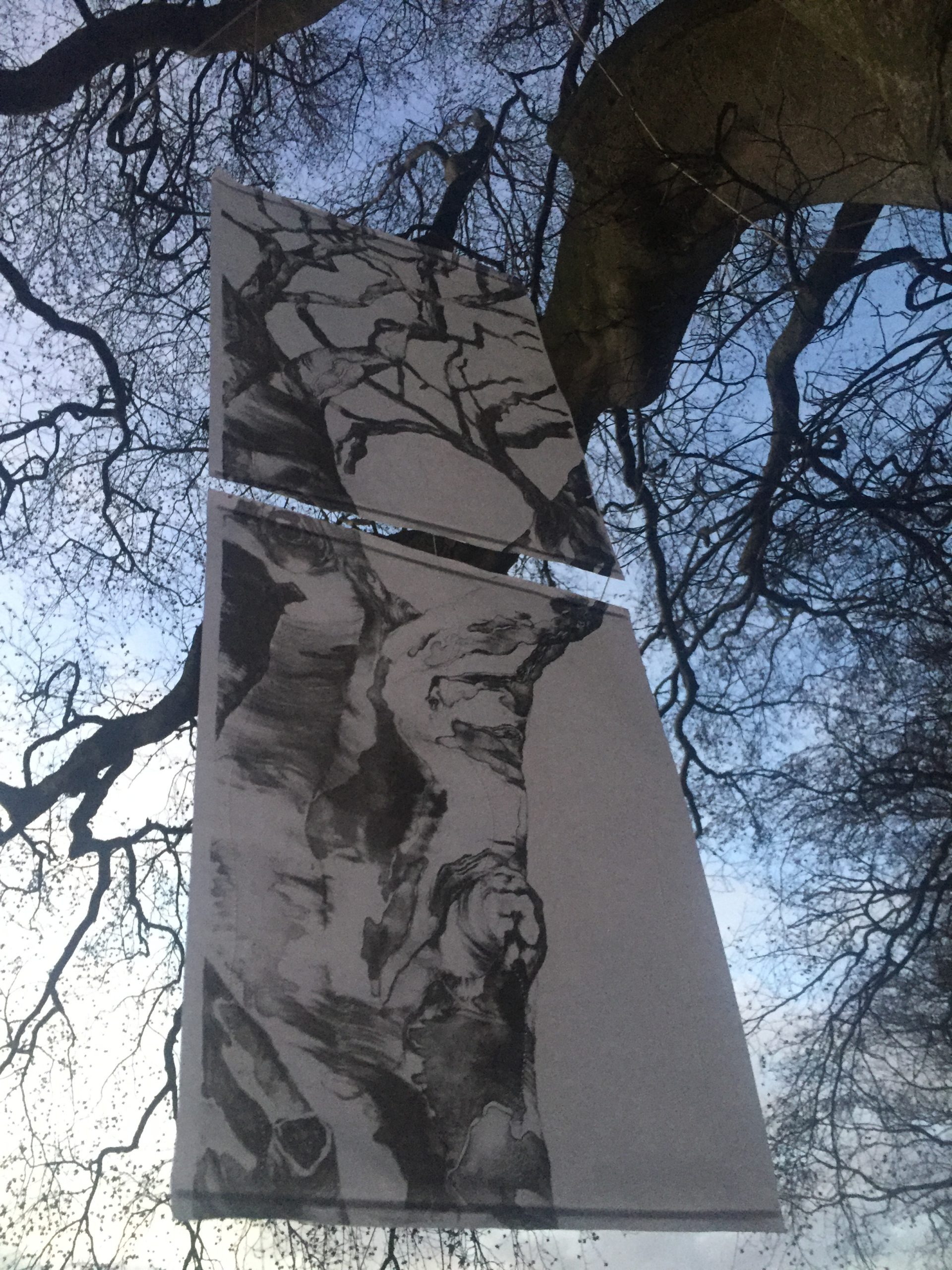 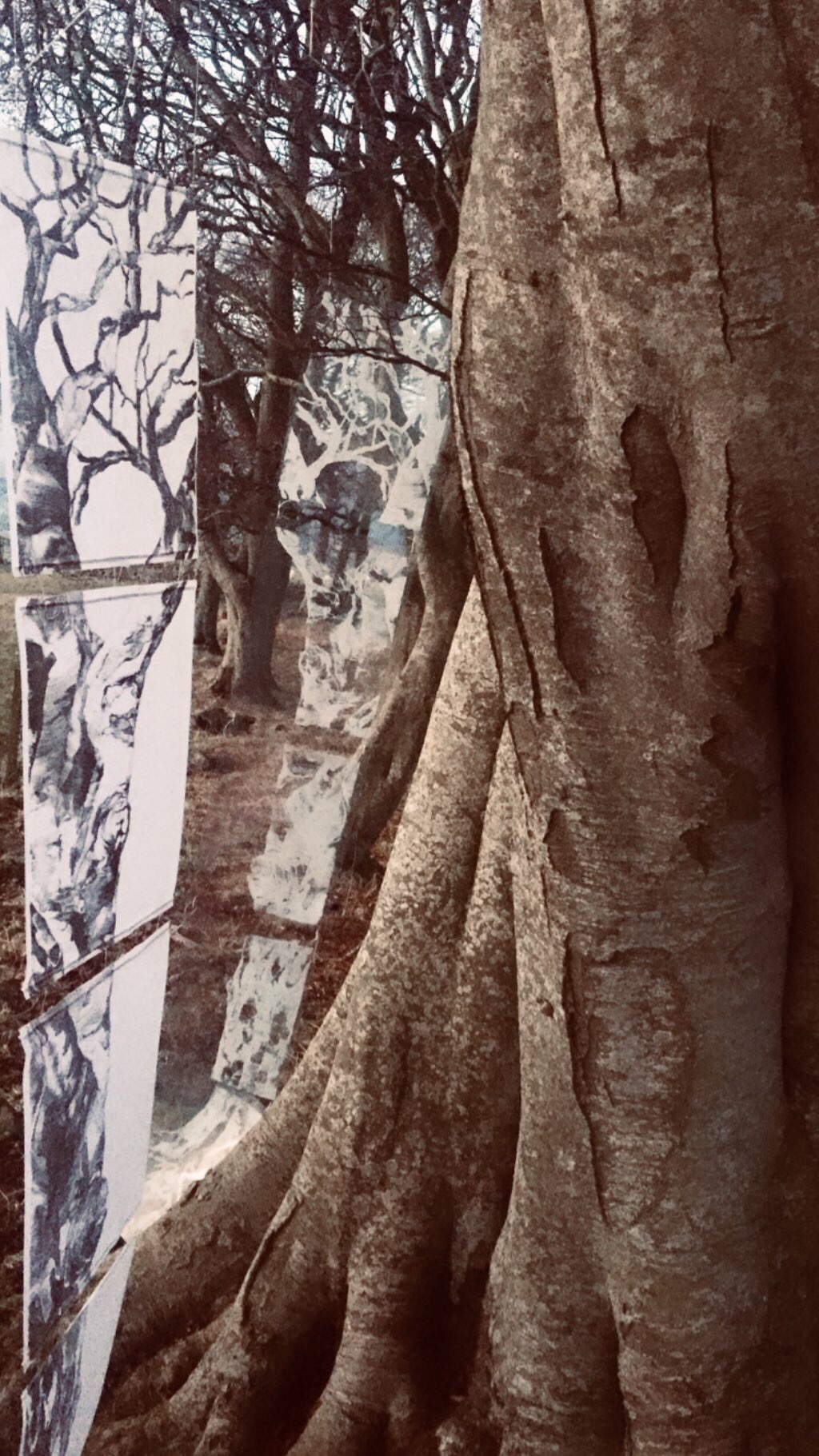 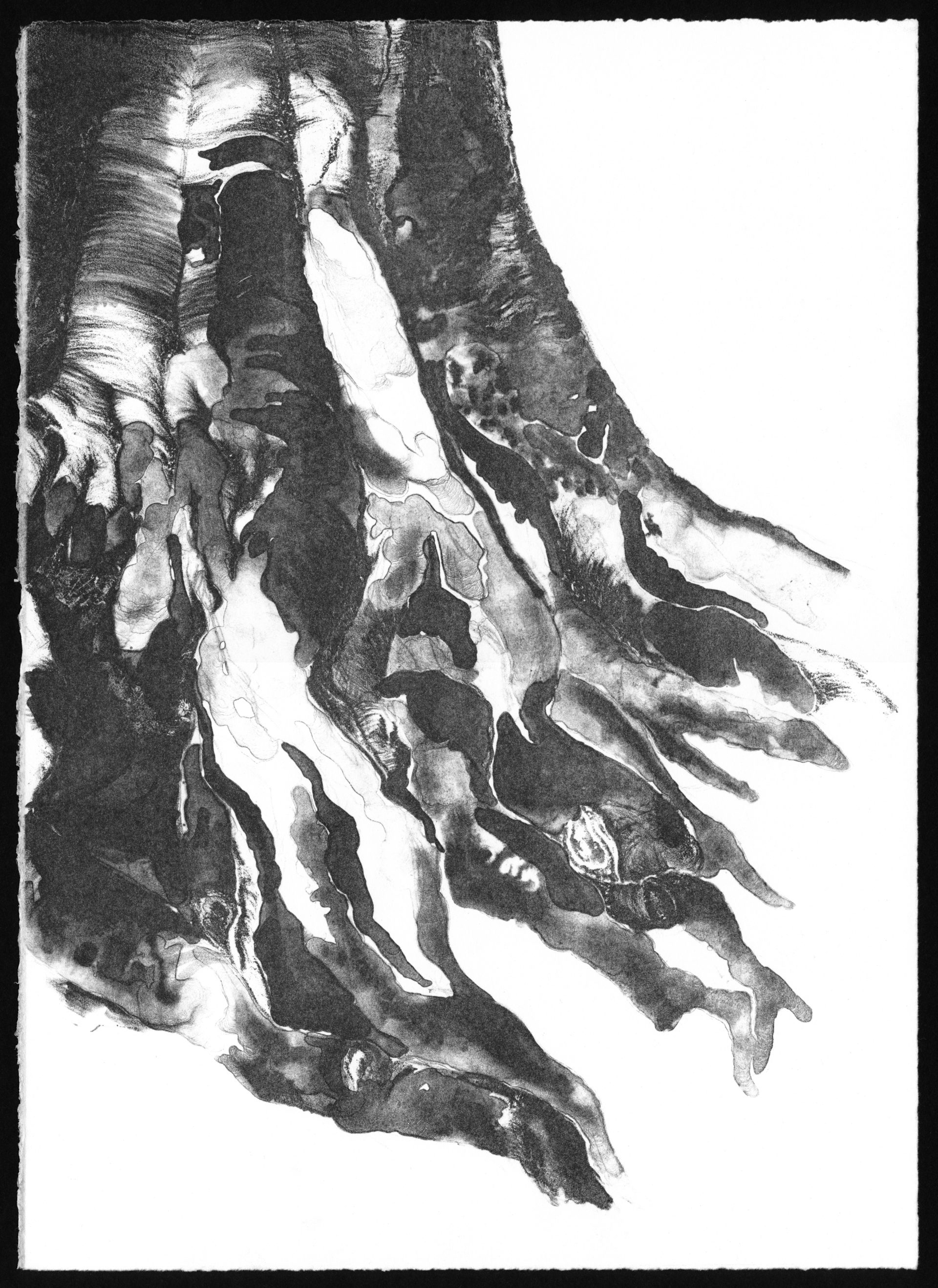 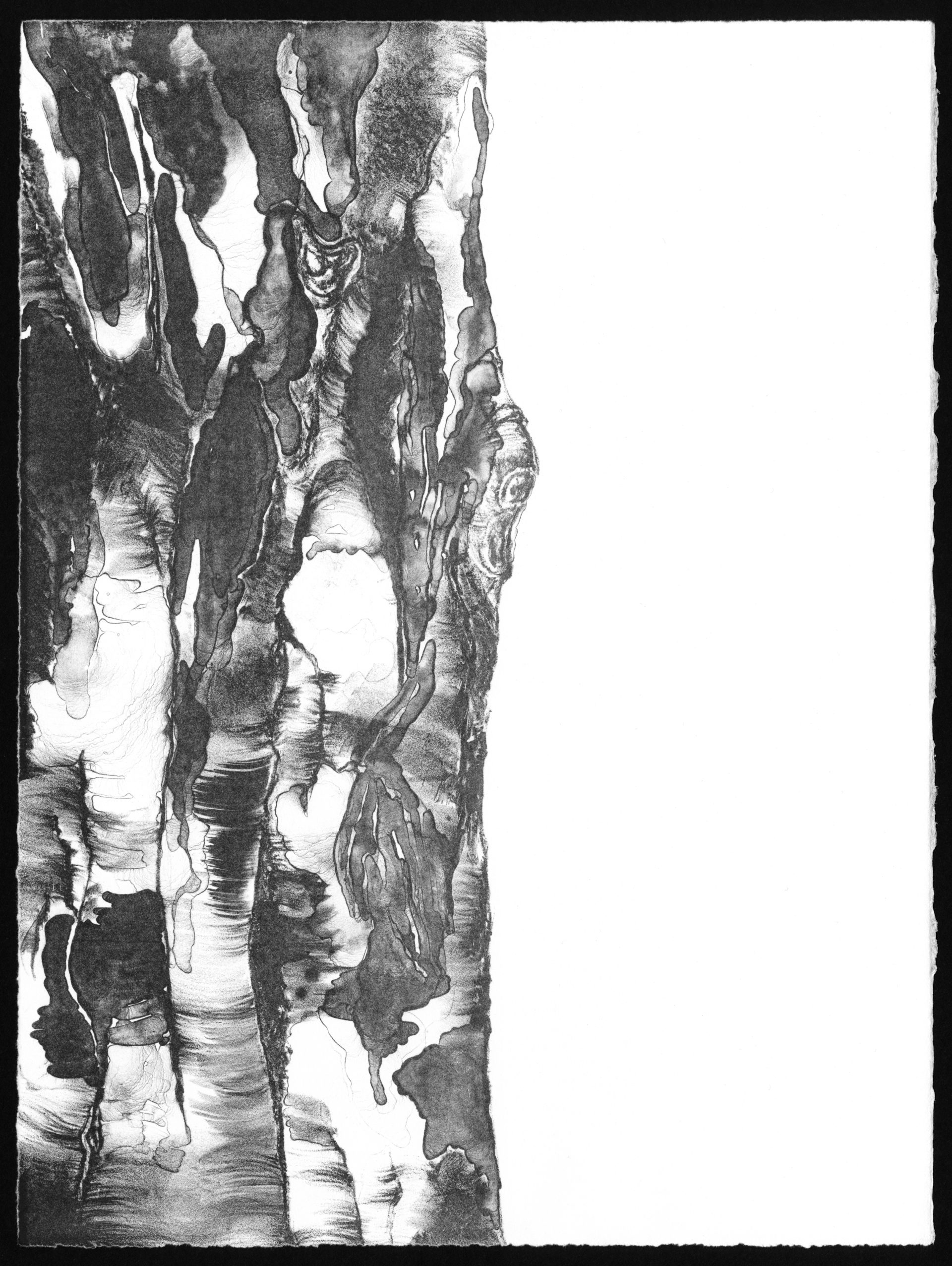 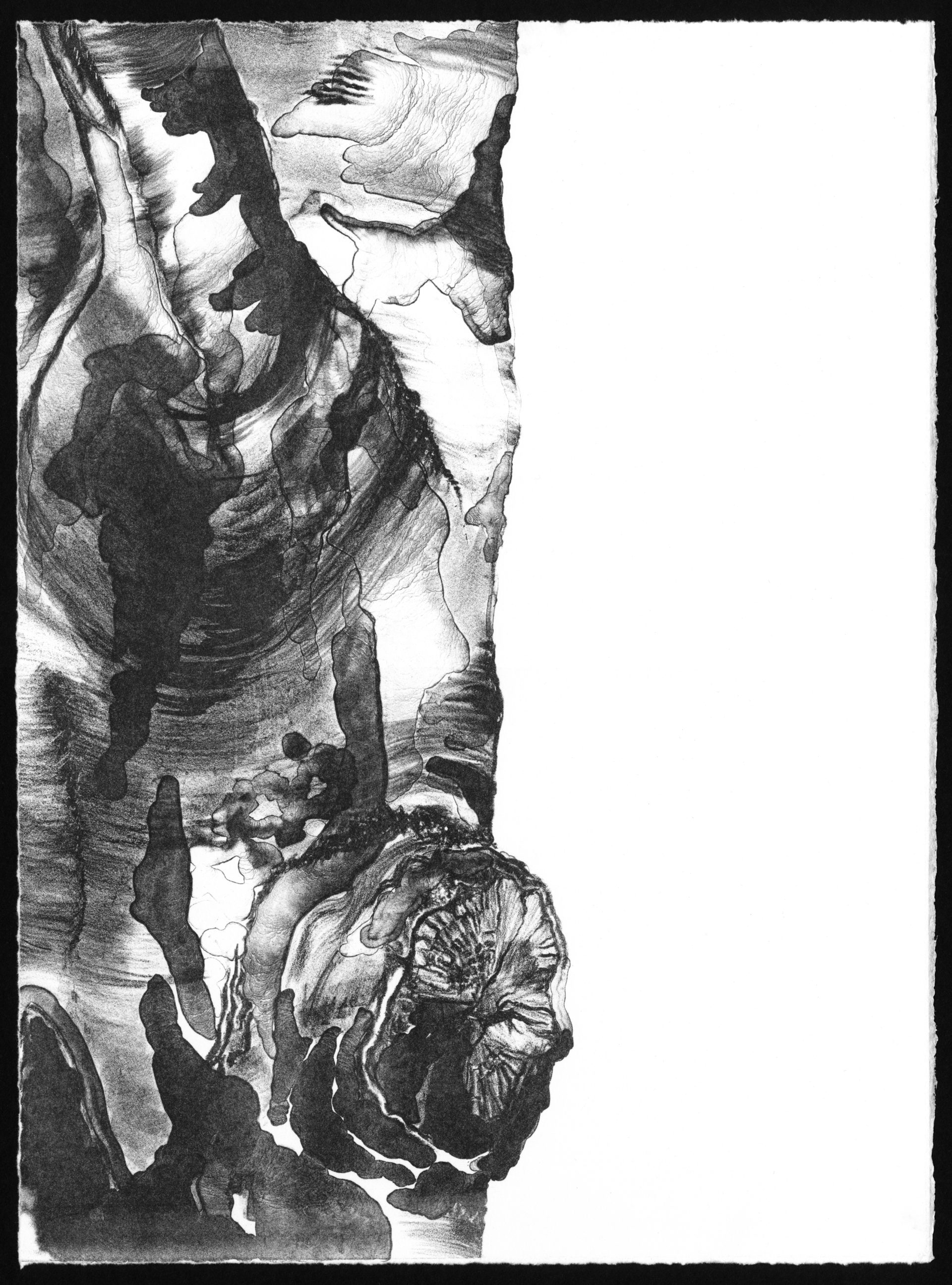 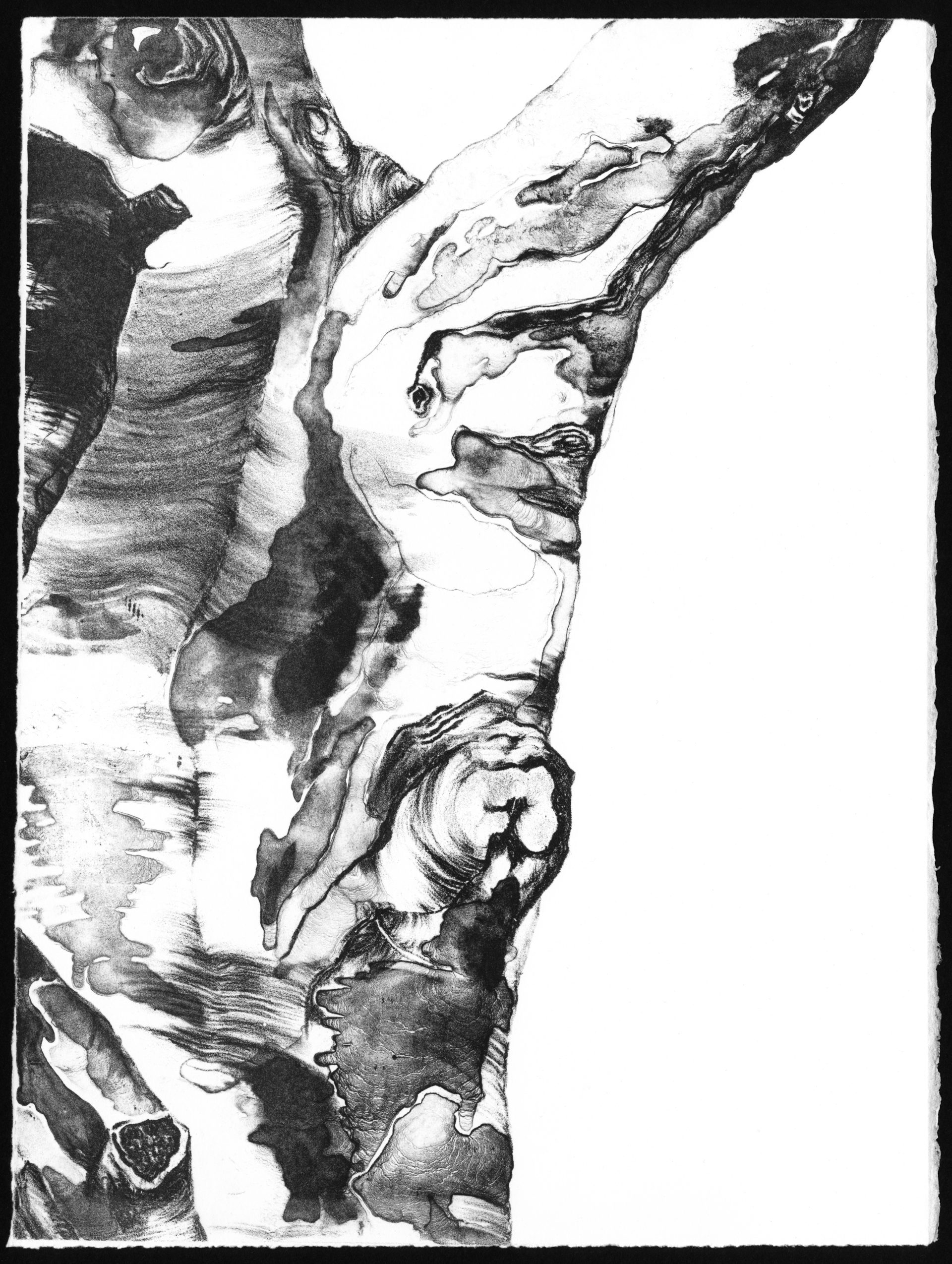 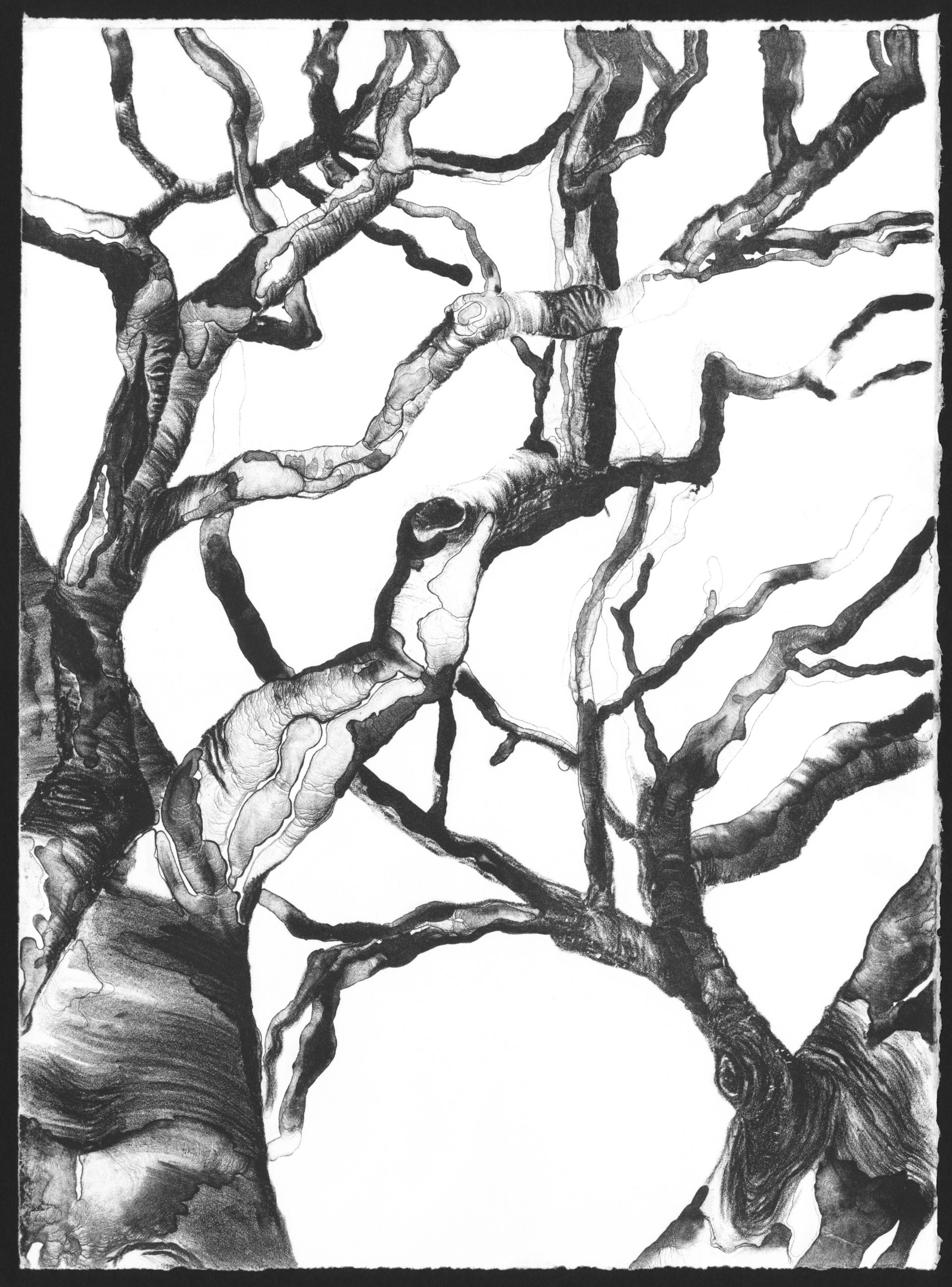 Standing in Scotland’s ancient woodland, I defy you not to be reminded that we are all just passing witnesses to life amongst these quiet giants. I draw inspiration from the power of the forest, the magnificence and fragility of trees and my own sense of grounded-ness when surrounded by them. Much of my work explores the relationship of humans with nature. The damage done by humans to nature and the climate has been justified by our having separated ourselves from it. I believe a symbiotic connectivity can be re-established and sustained if mankind re-roots itself in, and learns from, nature. The tree is also symbolic of both the strength and fragility of humanness – of spreading ones roots, embracing growth and engaging in communication. So we can draw similarities between the co-operative networks within communities of trees, and our own communities. This particular piece of work aims to preserve the subtlety and sensibility of the forest. The series of lithographic prints developed from the roots up; a composition which symbolises the growth of a tree and the piece of art. Lithography as a process is significant to the piece, as the intricacies of mark-making resonates with organic natural forms.

re-rooted, 2019Stone Lithographic Print200cm X 28cm
susannaholiverart
PreviousAnyway, I keep picturing all these little kids playing some game in this big field of rye and all?
NextDoes sound or music move you?