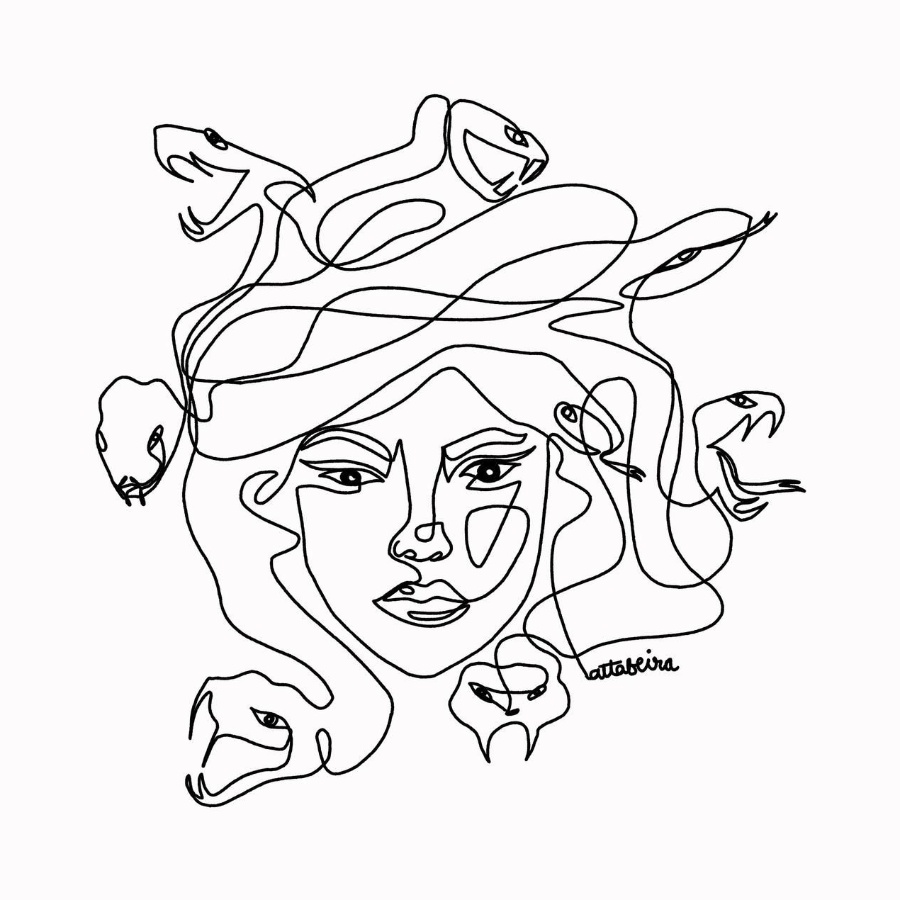 Read more
Previous entryWhat did you hear ?
Next entryHow did I get here?
December 1, 2020

My telling of the myth of Medusa is in the form of a letter addressed from Medusa to her rapist, Poseidon. It aims to show a different side of Medusa, by no means devoid of monstrous anger, rather a manifestation of all the fury caused by abuse to which she was subjected. It is often said that monsters are made, not born, and I want Medusa’s voice to prompt a consideration within the reader of what created her and why she was the one to be punished. It may have been Poseidon who raped her, but is he not a creation of our patriarchal culture? We are the people – the tellers of history – who pass down legends until they become intertwined with morality so surely it is our society that is responsible for the values these stories instil? Nowhere is this more evident than in the fact that Poseidon is not blamed for having raped Medusa but is in fact worshipped. The only justification for the so-called innocence of the rapist is that he is being judged by a series of stories of glory told by men and for men. My letter hopes to change this.

Share
Read More
Next entryHow did I get here?
Previous entryWhat did you hear ?