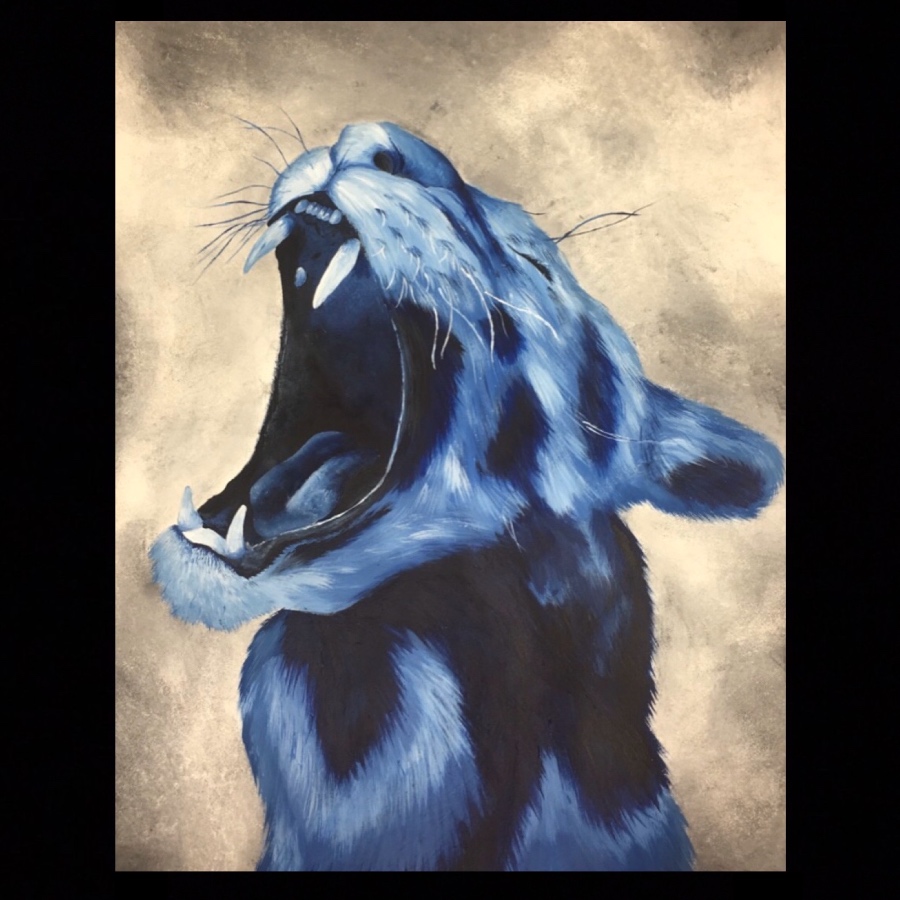 Previous entryIs this the reality of Motherhood?
Next entryWhat is the Internet?
January 29, 2020 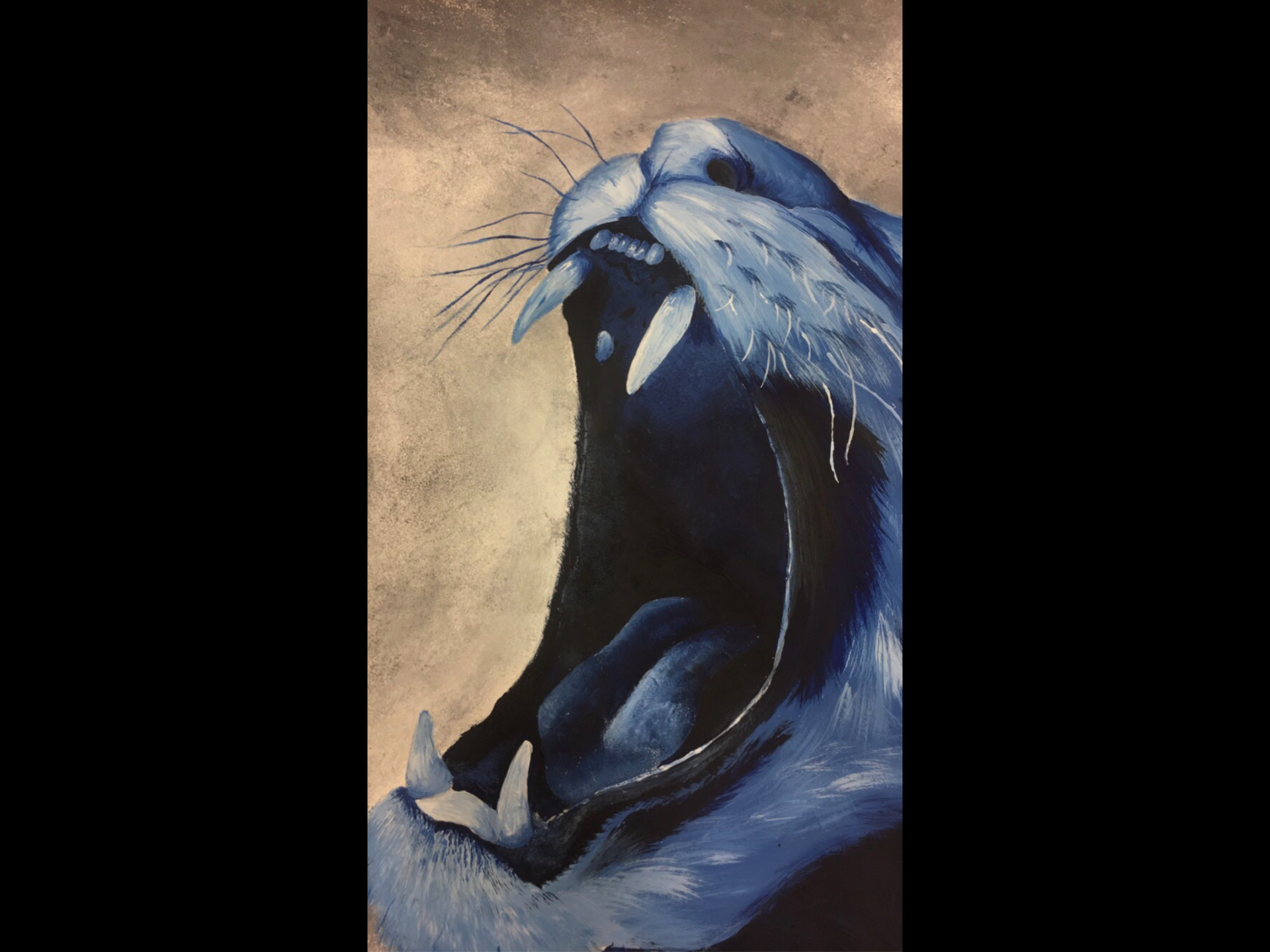 In the world today there are over forty thousand endangered species, with around three per hour being driven towards the edge of extinction. Habitat destruction caused by human activity has resulted in a vicious chain reaction which could be irreversible for many animals in the near future and for others it is already too late. I’ve depicted the jaguar screaming in anguish to convey the pain of the loss of identity. The idea behind the colour choice of cold blue tones was to present the jaguar as a powerful yet vulnerable character. Whereas, the background represents human interference which to me feels grey and emotionless, actions that have resulted in the loss and destruction of the jaguar’s habitat. In many cultures, the colour blue is believed to keep bad, evil spirits at bay. I believe that preservation of the worlds natural habitats that provide sanctuary to a whole host of different, unique species should remain protected so that they can provide a safe haven to those that call it home and to be carefully managed, not destroyed.

Share
Read More
Next entryWhat is the Internet?
Previous entryIs this the reality of Motherhood?