Are historical icons a timeless symbolism worthy of worship, or irrelevant grotesqueries in contemporary society? 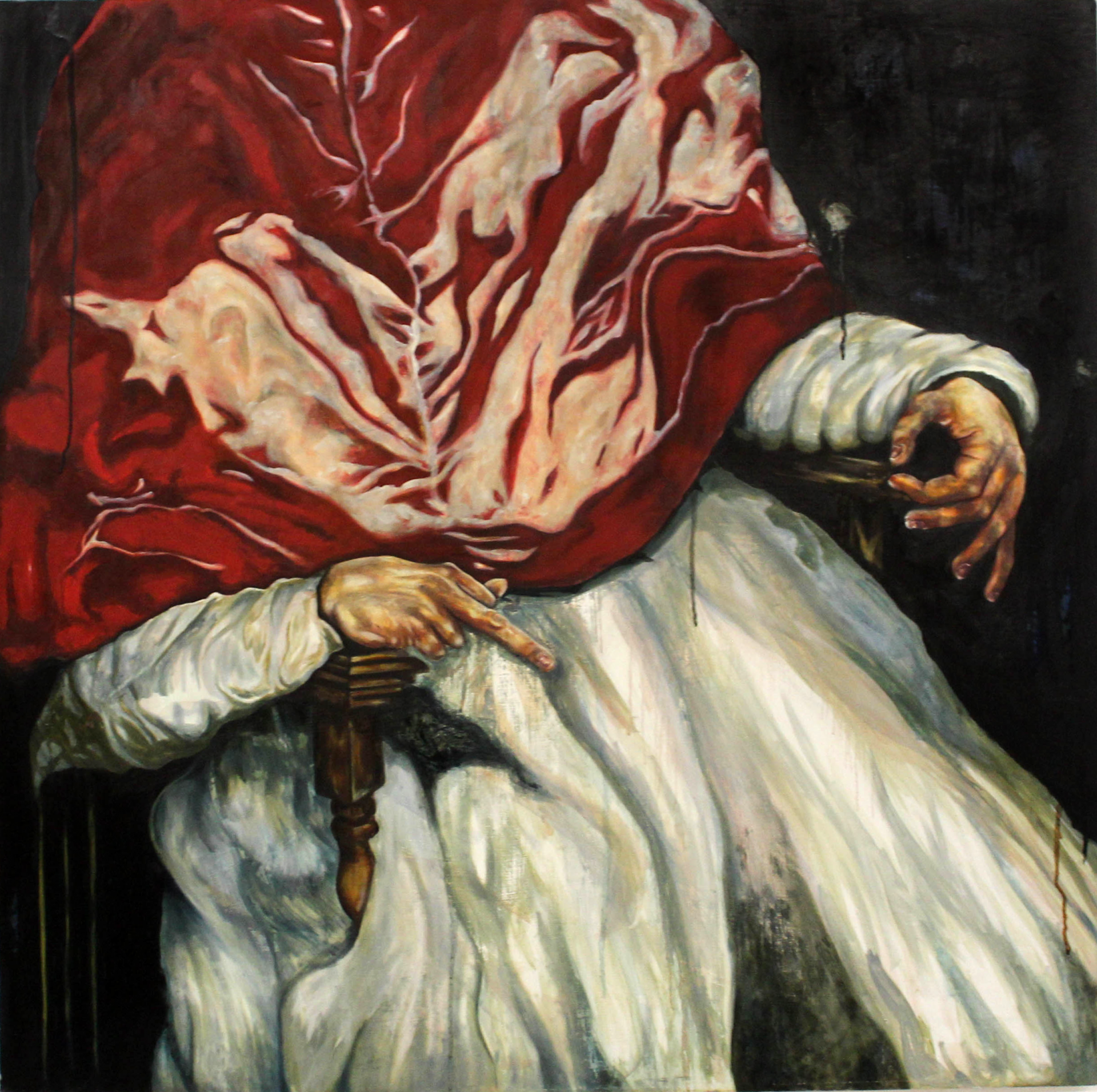 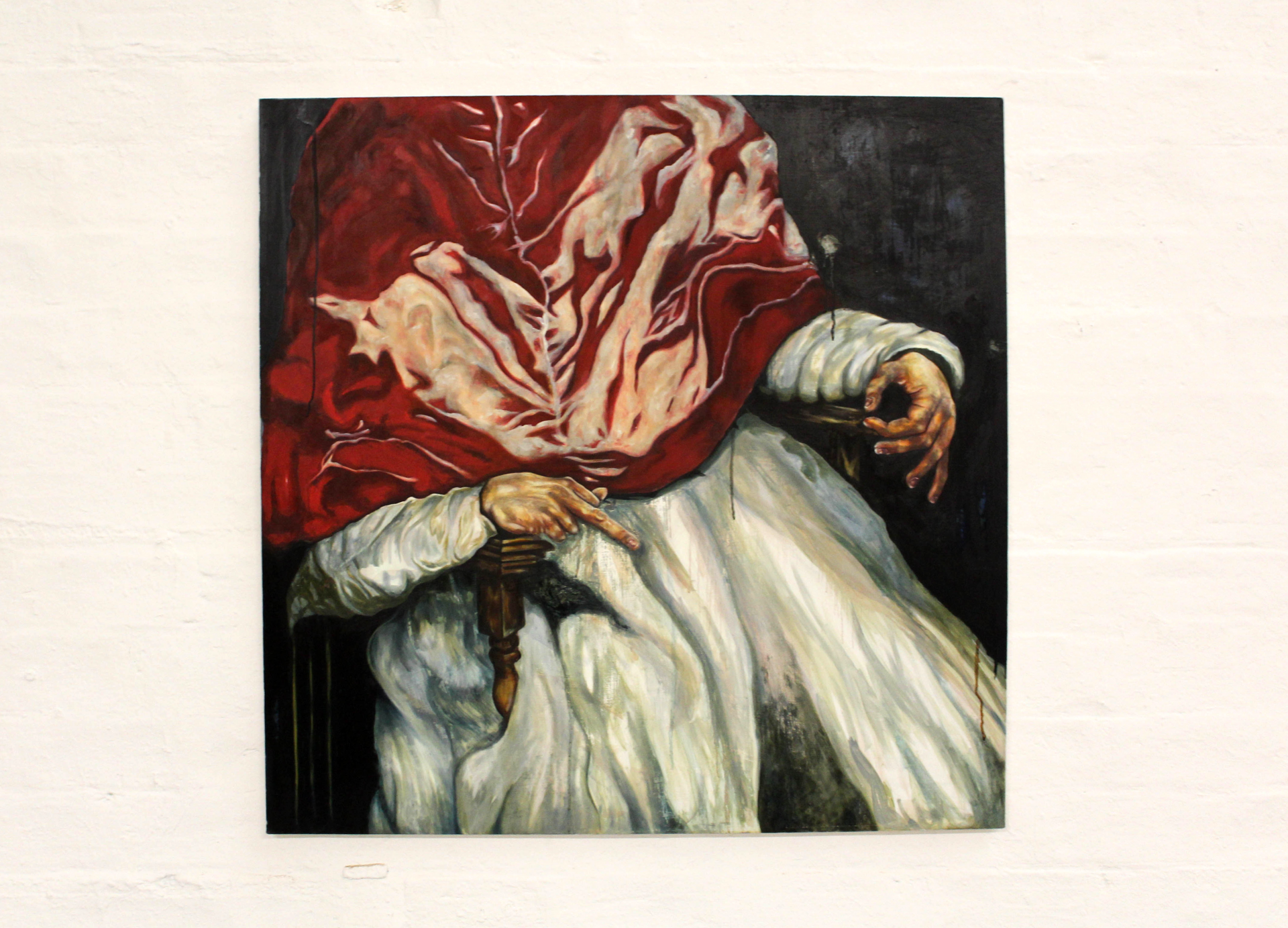 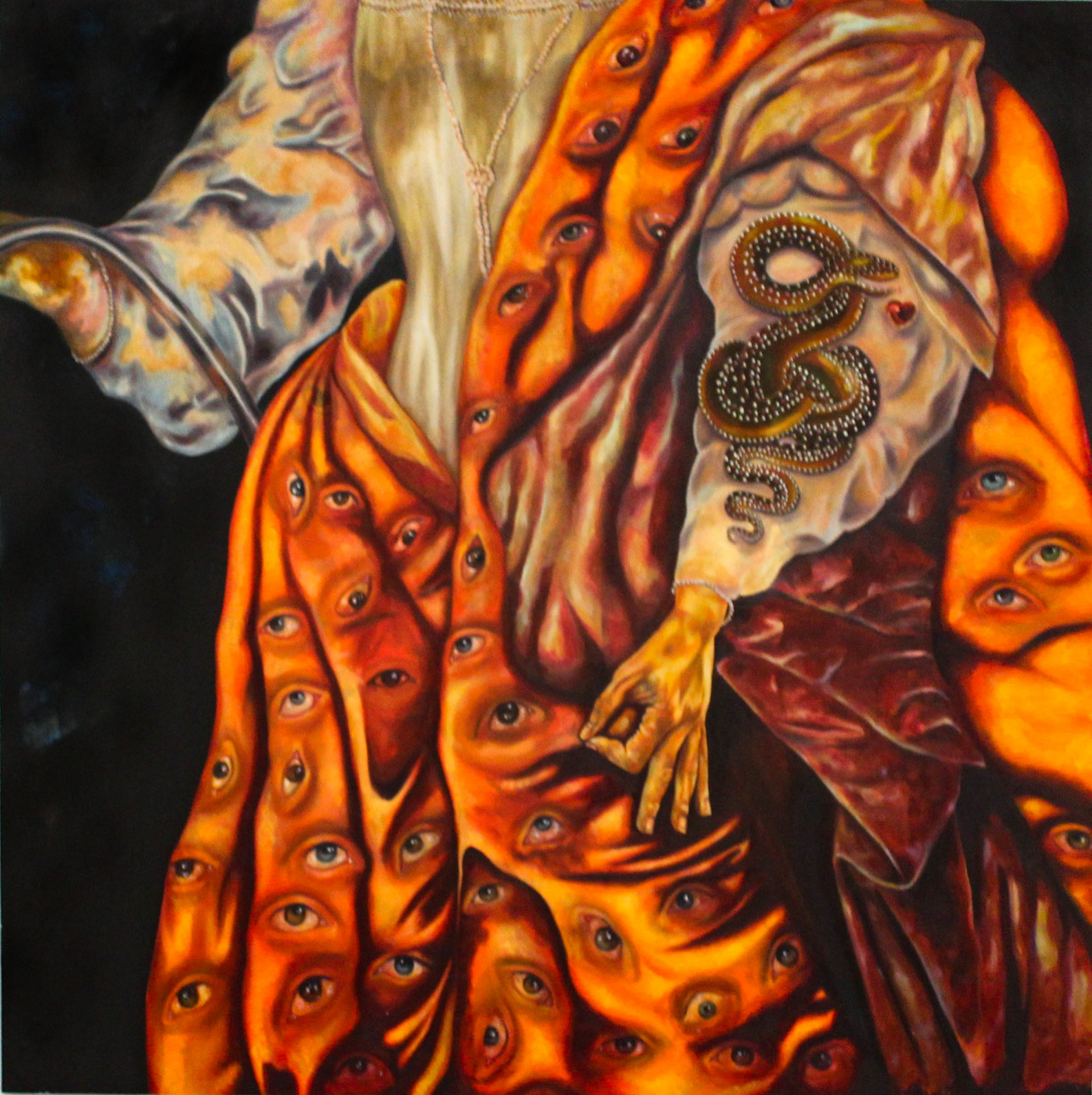 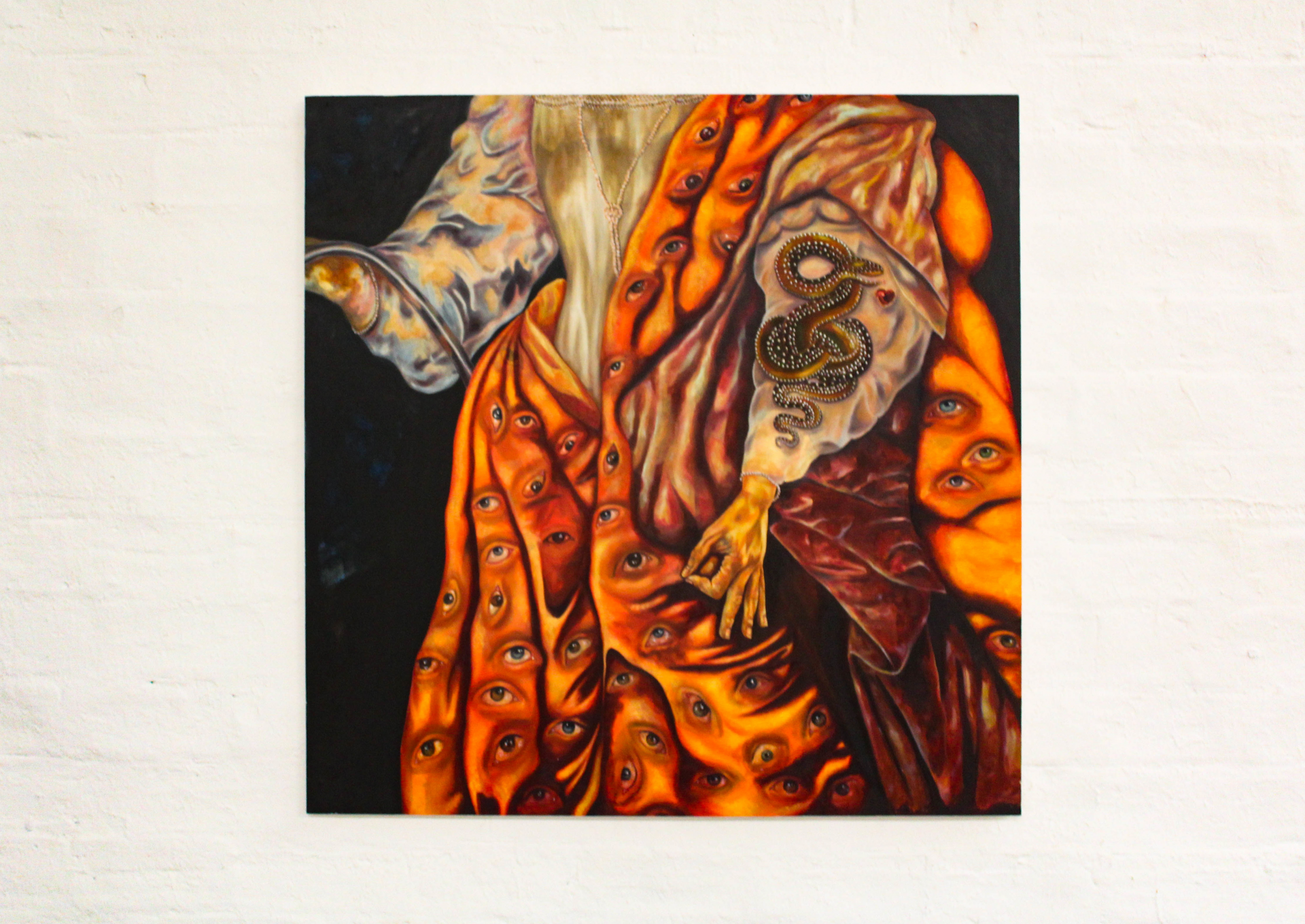 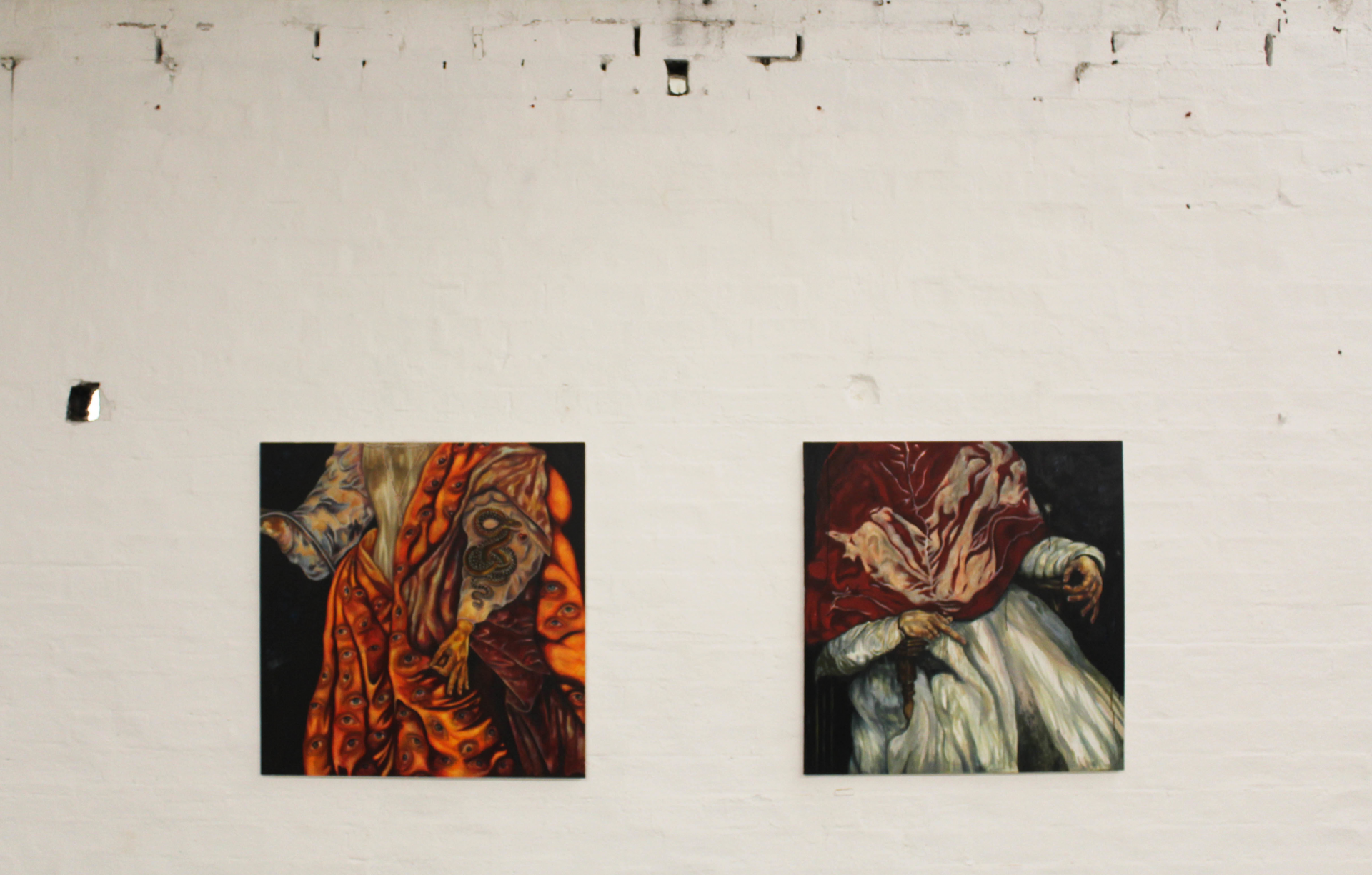 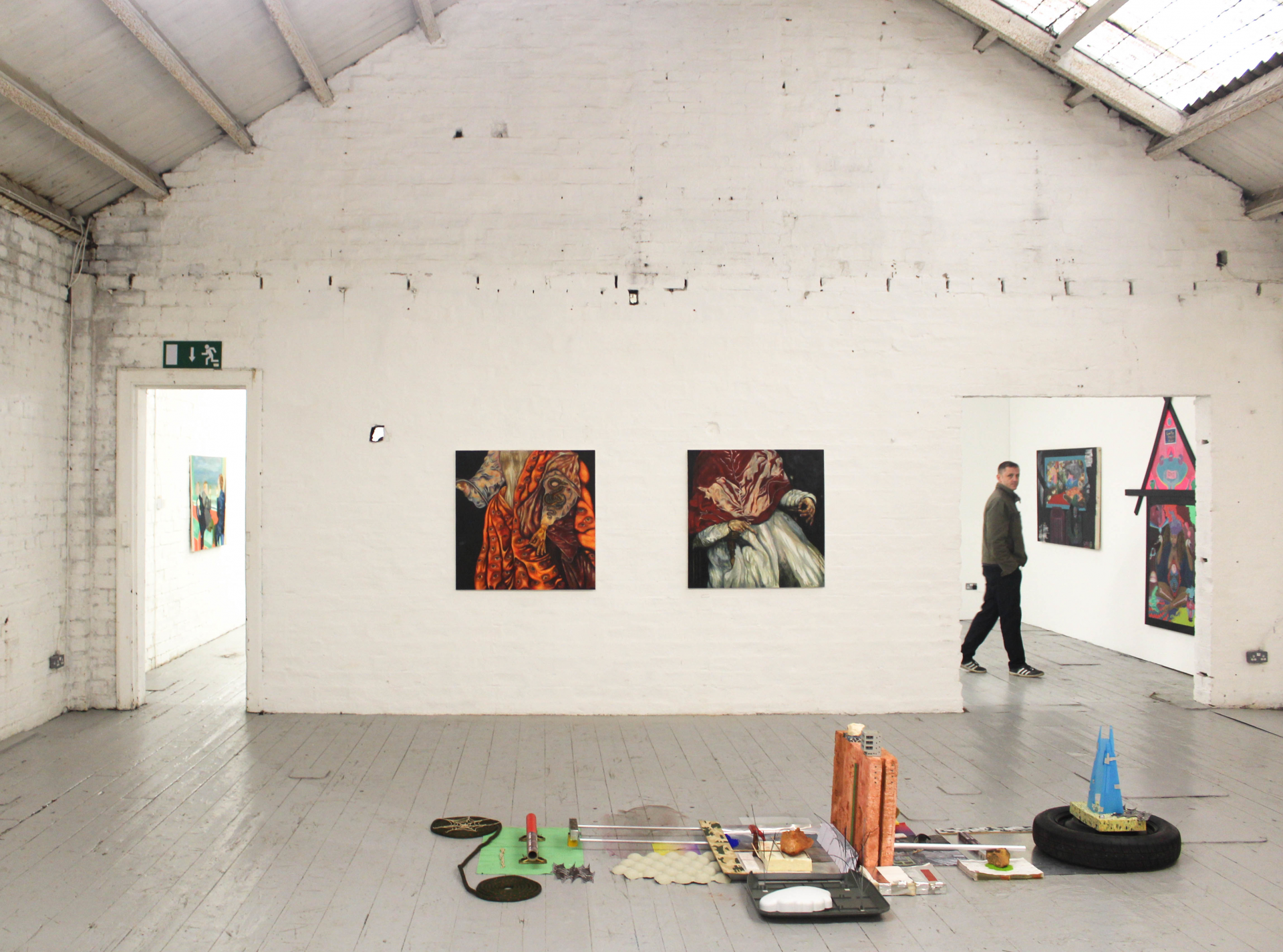 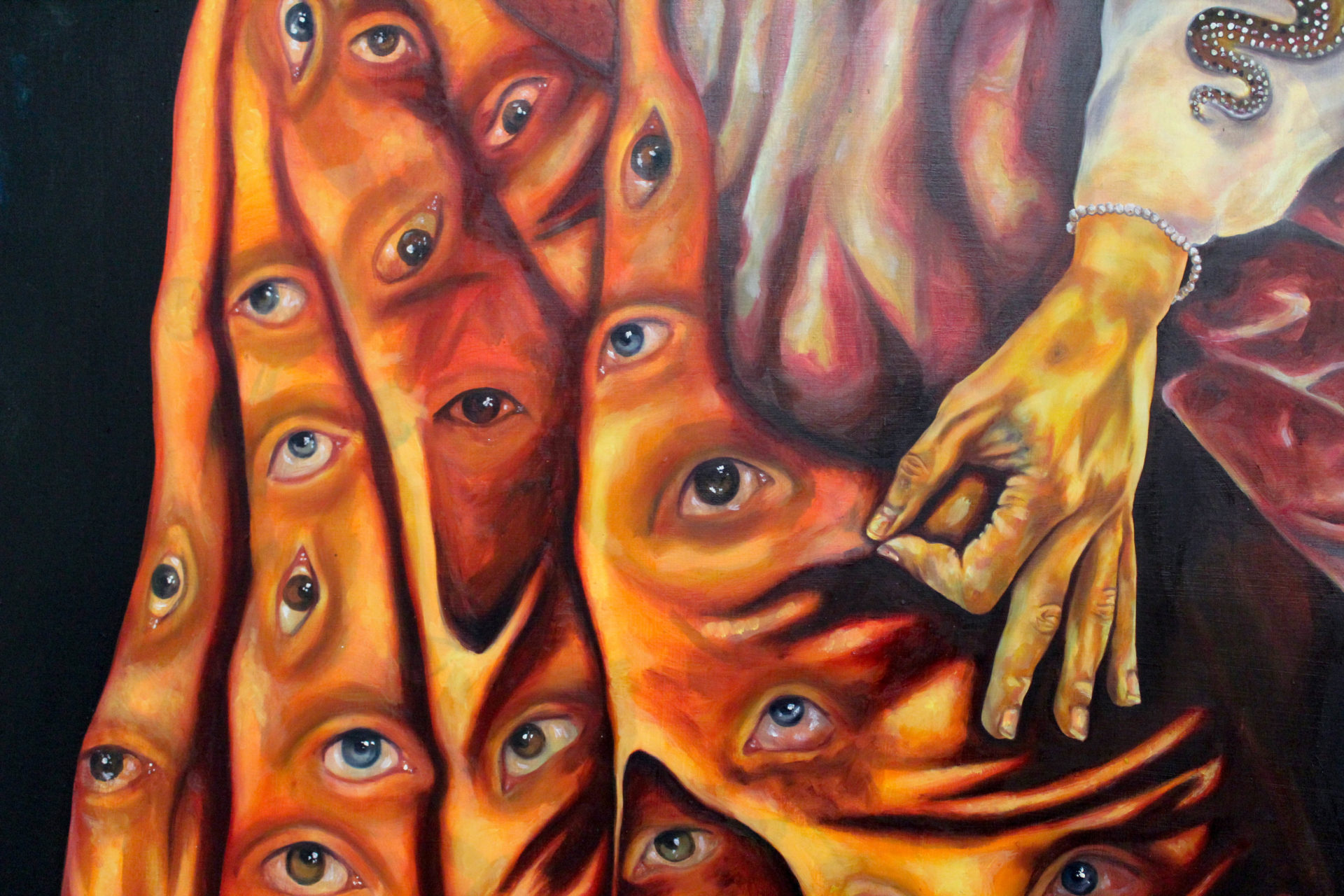 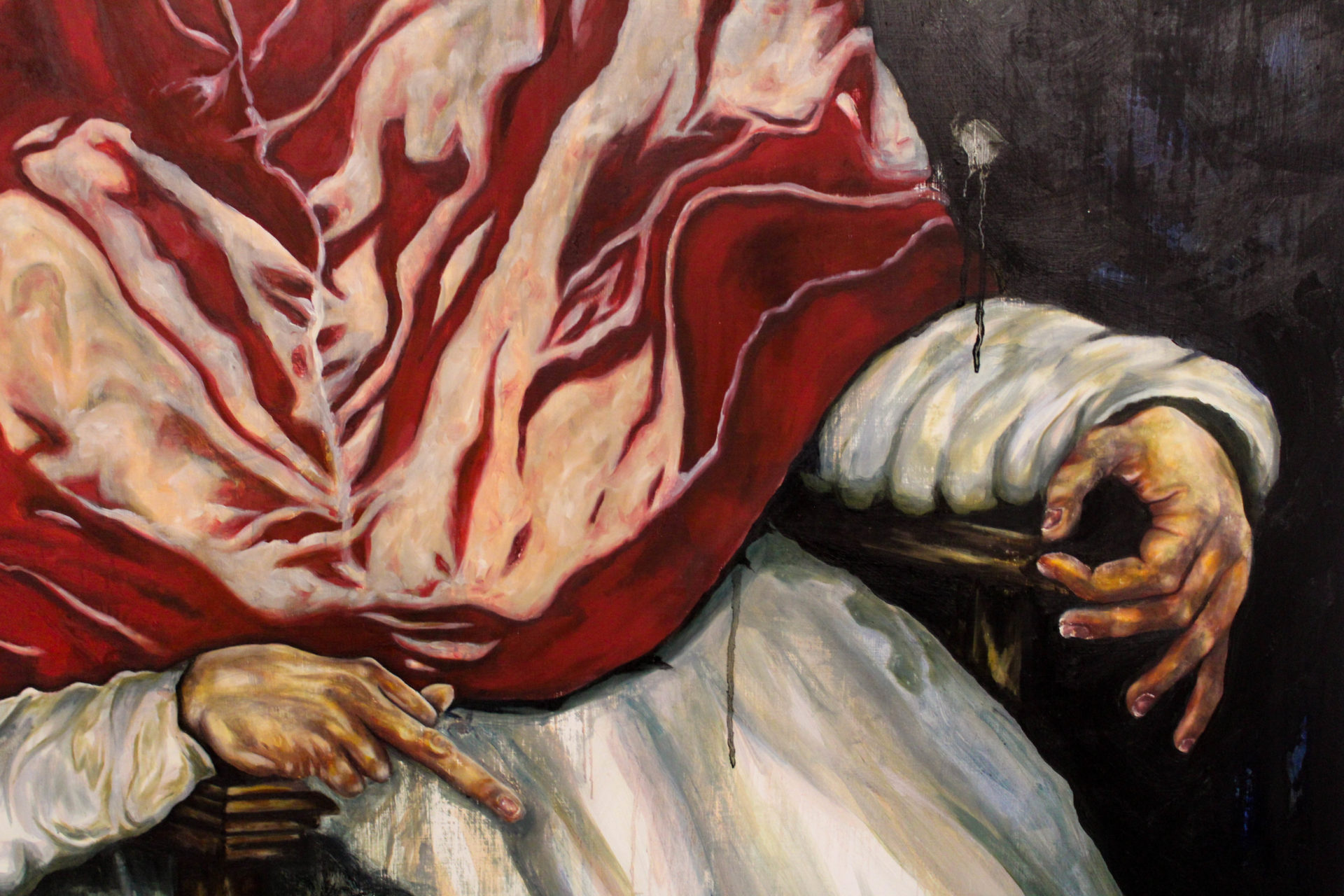 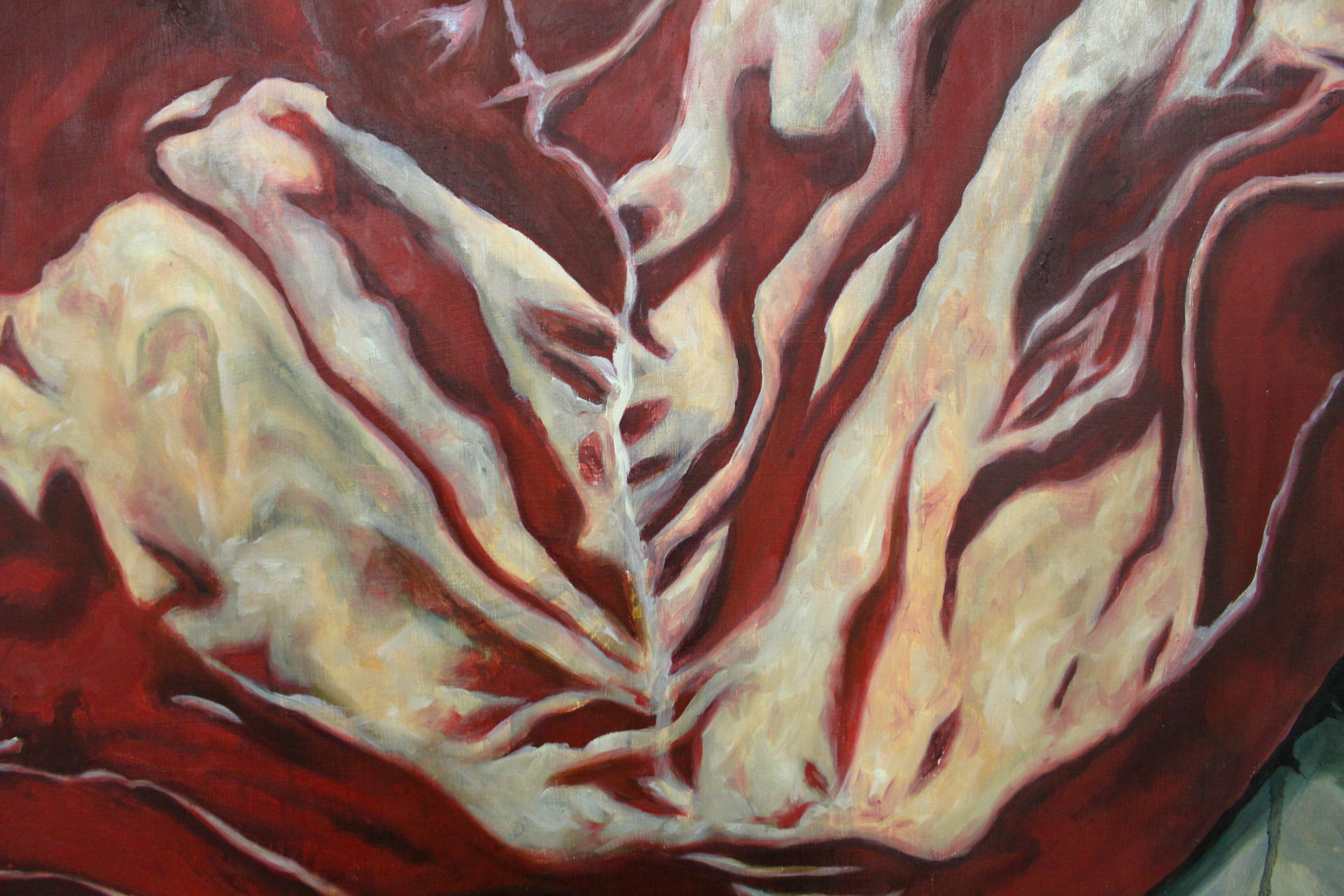 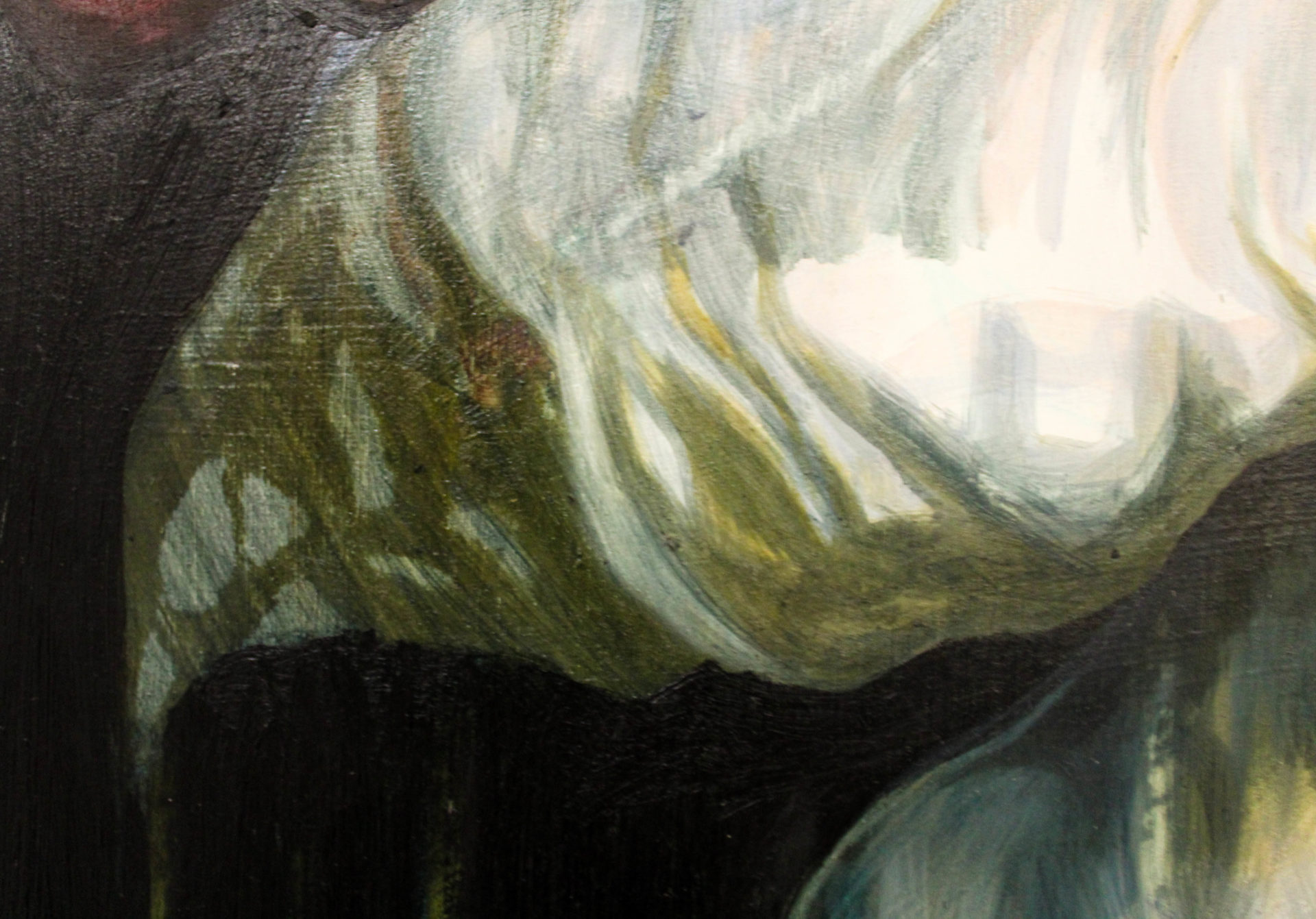 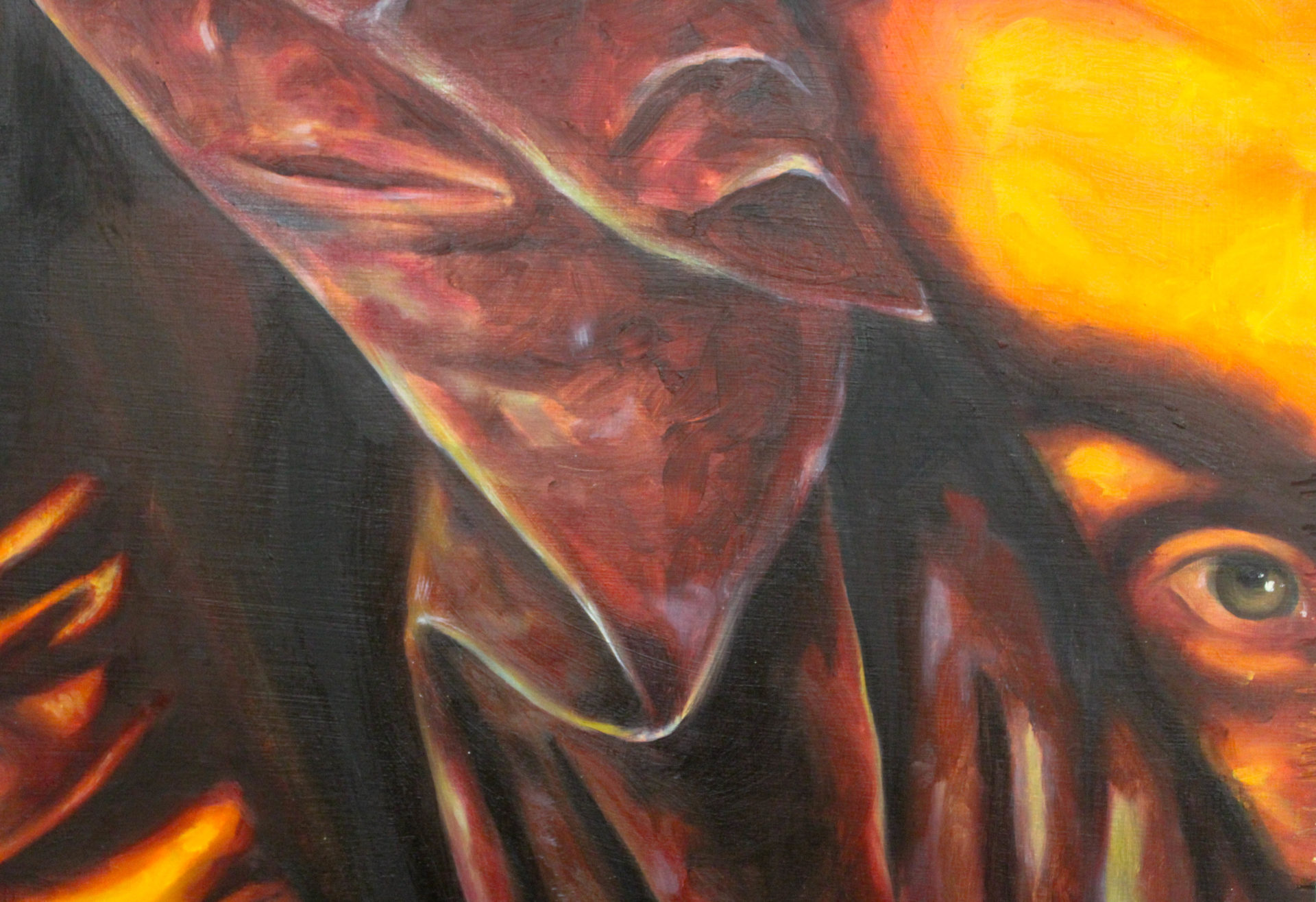 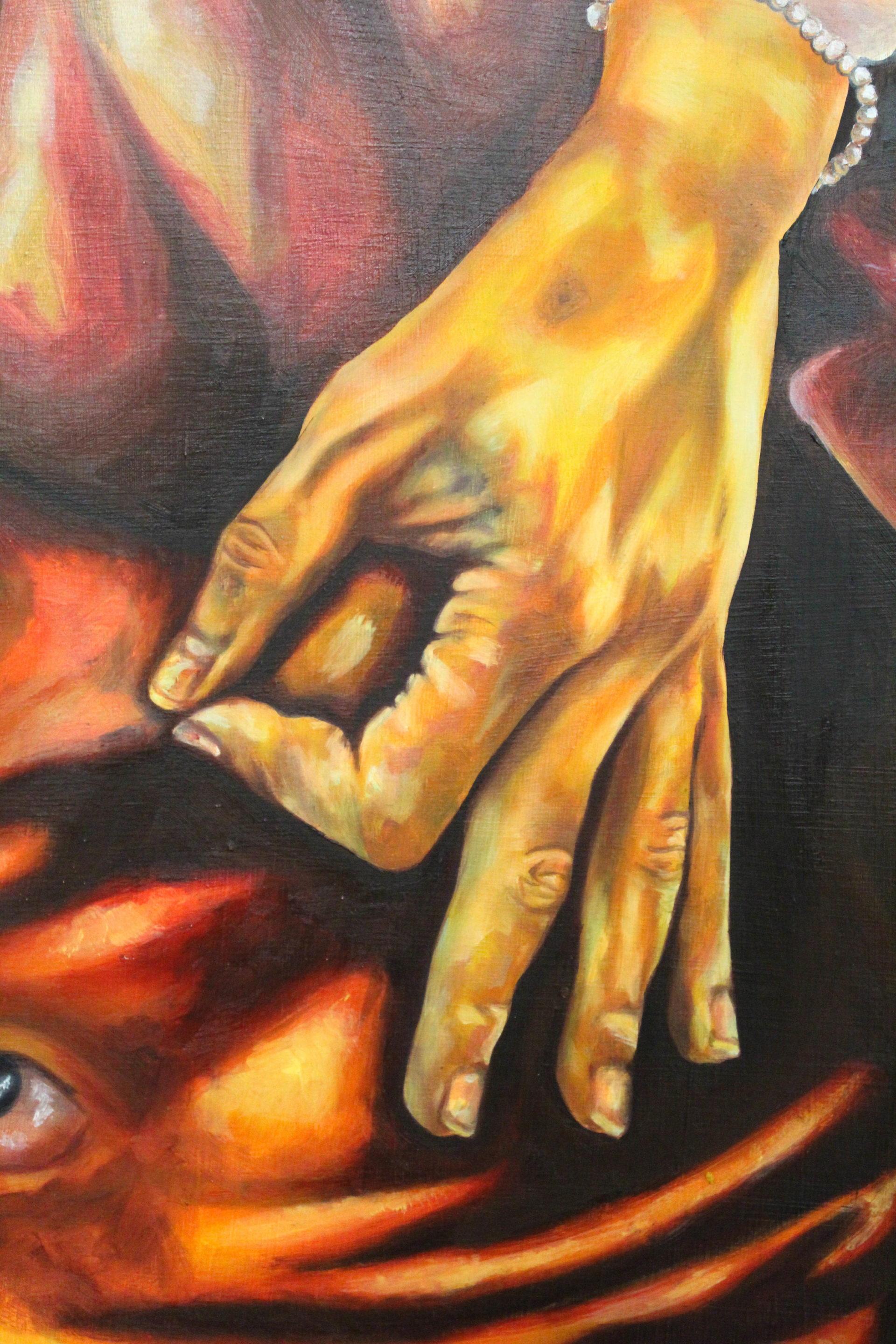 HEARING EAR/ SEEING EYE reflects the traditional articulation of the iconographic portraits of Elizabeth I and Pope Innocent X, encapsulating the grandiose opulence of the originals, yet degraded by a fleshy, grotesque stylization. The diptych (left: HEARING EAR / SEEING EYE, right: HE MUST BECOME GREATER/ I MUST BECOME LESS) is a culmination of intensive research into the symbolism of hands and eyes in the Abrahamic religions. The list of gestural possibilities is extensive, however, the same handful (no pun intended) of movements is traceable throughout history, culture and religion. Whether or not one subscribes to these beliefs, the power of their performativity is commanding, whether in the context of ritualism, communication, or identity. A symbol deeply spiritual to one may be highly offensive to another. Despite the UK becoming one of the least religious countries in Europe, the prominence of symbolic gesturalism pervades, perhaps due to the continued societal hegemony of religious leaders. Society appears to continue its desire for cult performativity and icon adoration, as reflected by the paintings detail and manner of application, however, the implanted horror stylization highlights the terror customary to the cult vision of such institutions, raising questions of hierarchy, dogma and hereditary privilege.

Does our blood define who we are?

What defines the home and language of your heart?