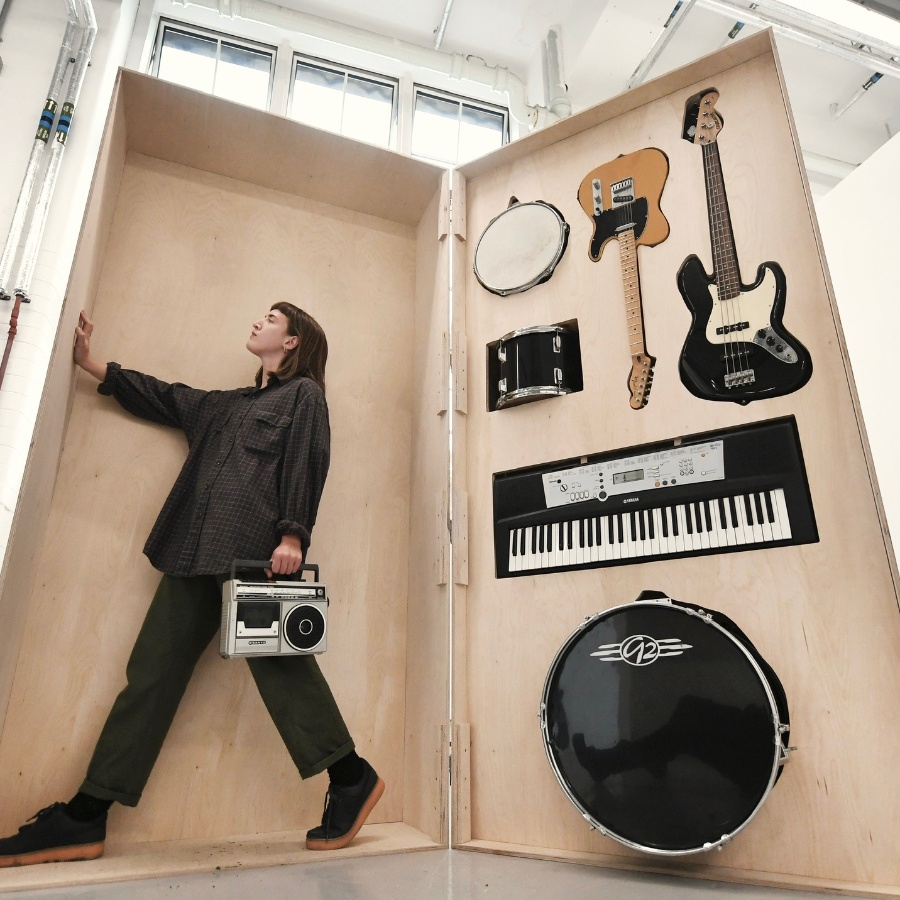 Read more
Previous entryWhat Happens If You Are Innocent, and ‘Inside’?
Next entryHow Do You Sleep at Night?
August 12, 2021 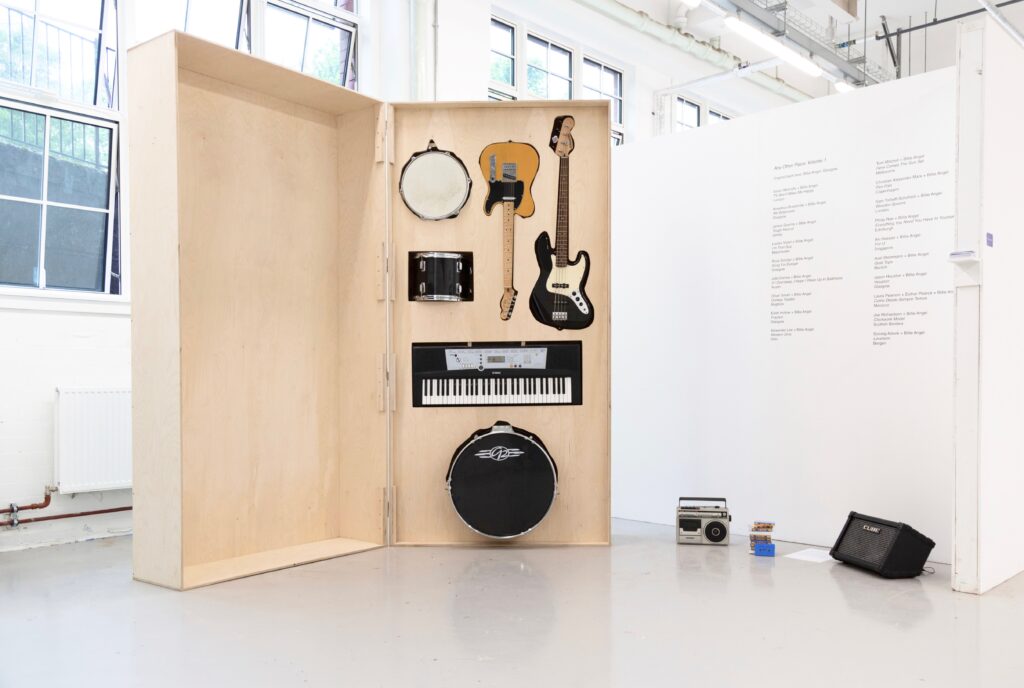 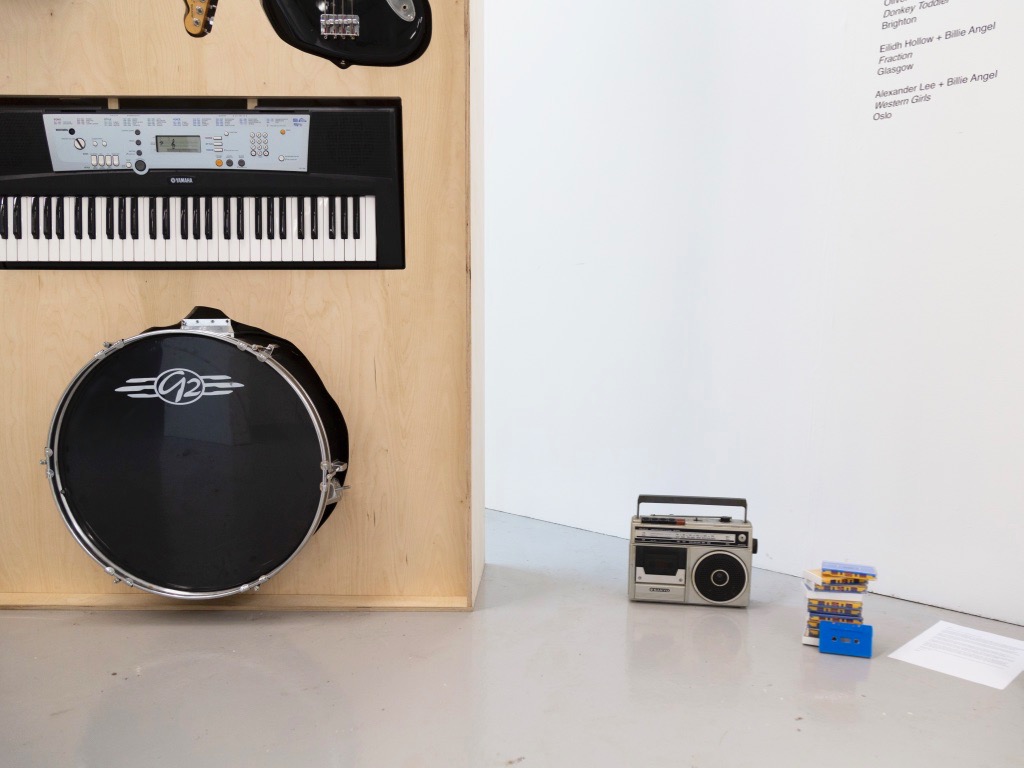 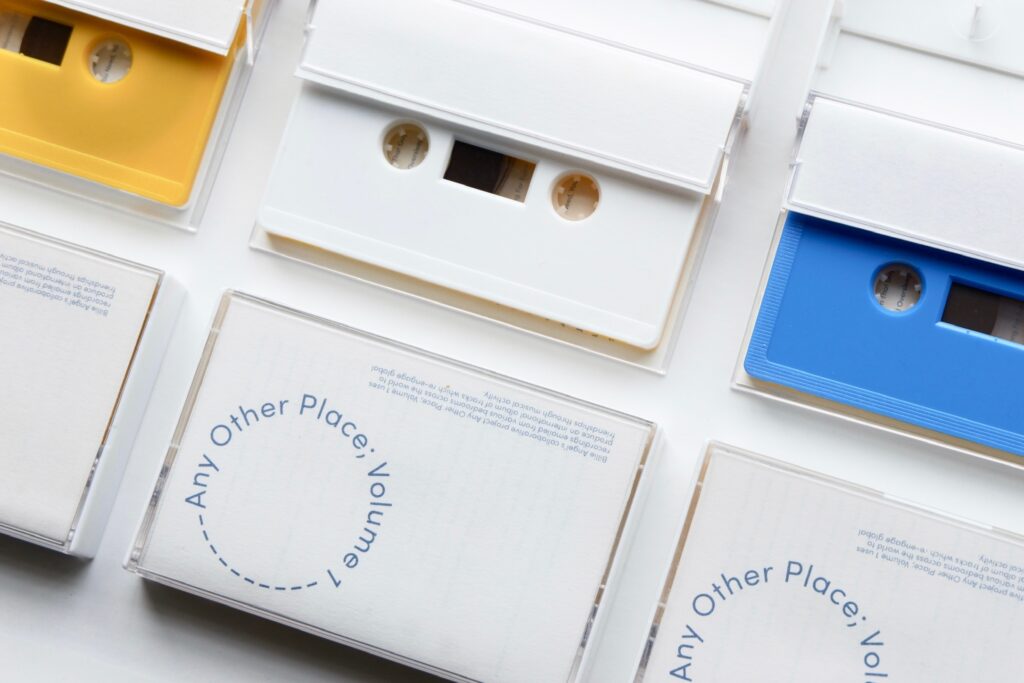 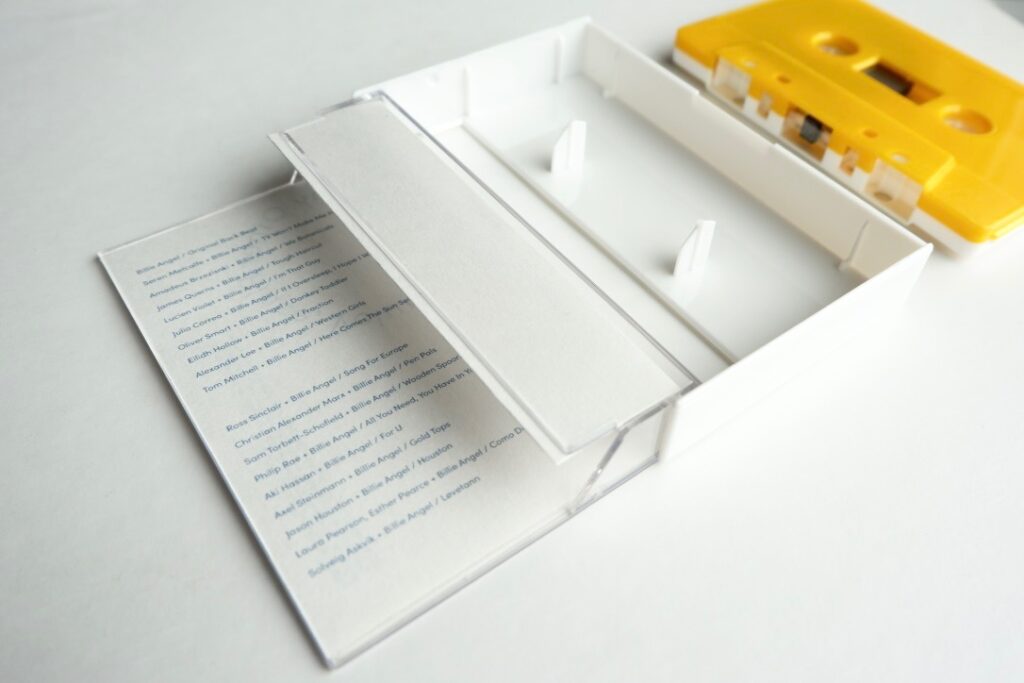 Billie Angel’s collaborative project Any Other Place; Volume 1 uses recordings emailed from various bedrooms across the world to produce an international album of tracks which re-engage global friendships through musical activity. The album is exhibited alongside a large portable stage, which when folded up, holds instruments inside and when collapsed, becomes a stage to perform on. With the ability to transform into a trailer, the stage will go on tour to each of the listed countries and hold various performances between myself and the very special guests involved in the project. The album exists online and a limited edition of 30 cassettes were printed and sold. With the project being largely internet based, it was important to create an artefact that could be picked up and held. ​

Share
Read More
Next entryHow Do You Sleep at Night?
Previous entryWhat Happens If You Are Innocent, and ‘Inside’?