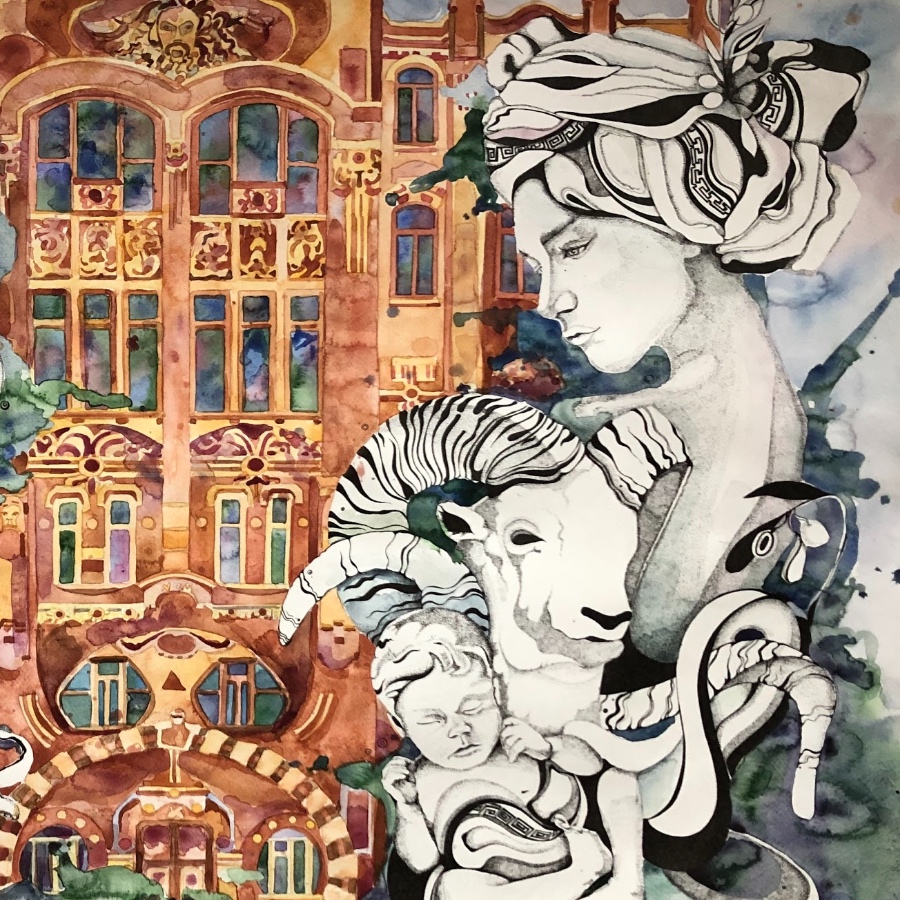 Previous entryIs Your Name Here?
Next entryHow Can We Share Imagined Memories?
September 20, 2021 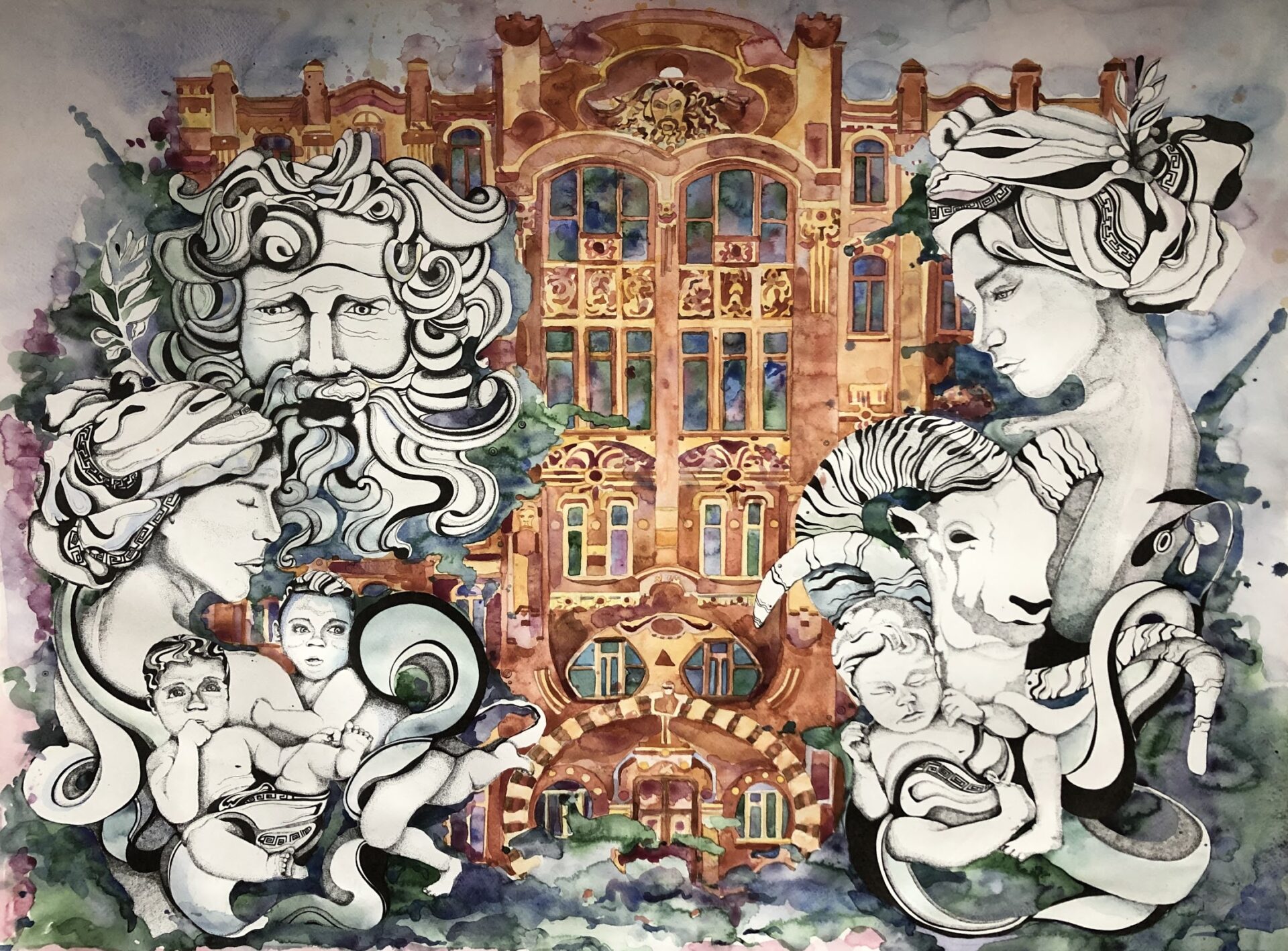 My painting ” Ancient Greek mythology in architecture ” is an illustration of the Greek legend about the birth of Zeus, which was previously taken as the basis for the exterior of Baron Hesselbein’s tenement house. There is a bas-relief on the façade of the house, which depicts the legend of the Greek God Kronos and his son Zeus. During the era of Kronos’ reign, the world was controlled by the Titans, and Kronos himself, fearing that his children would overthrow him from the throne, murdered all of them .He was obsessed with power and justified cruelty in order to stay influential. Kronos’s wife was more humane, she saved her son Zeus from his father in fear of death. Zeus survived and later deposed father from the throne. The most pivotal reason I decided to illustrate the Greek mythology is that the Greek pantheon of gods is very close to us, because they suffered from the same sins we do, for example: hate, envy, fear, jealousy. Perceiving their obvious imperfection of behavior, we think about how to act correctly and stay human.