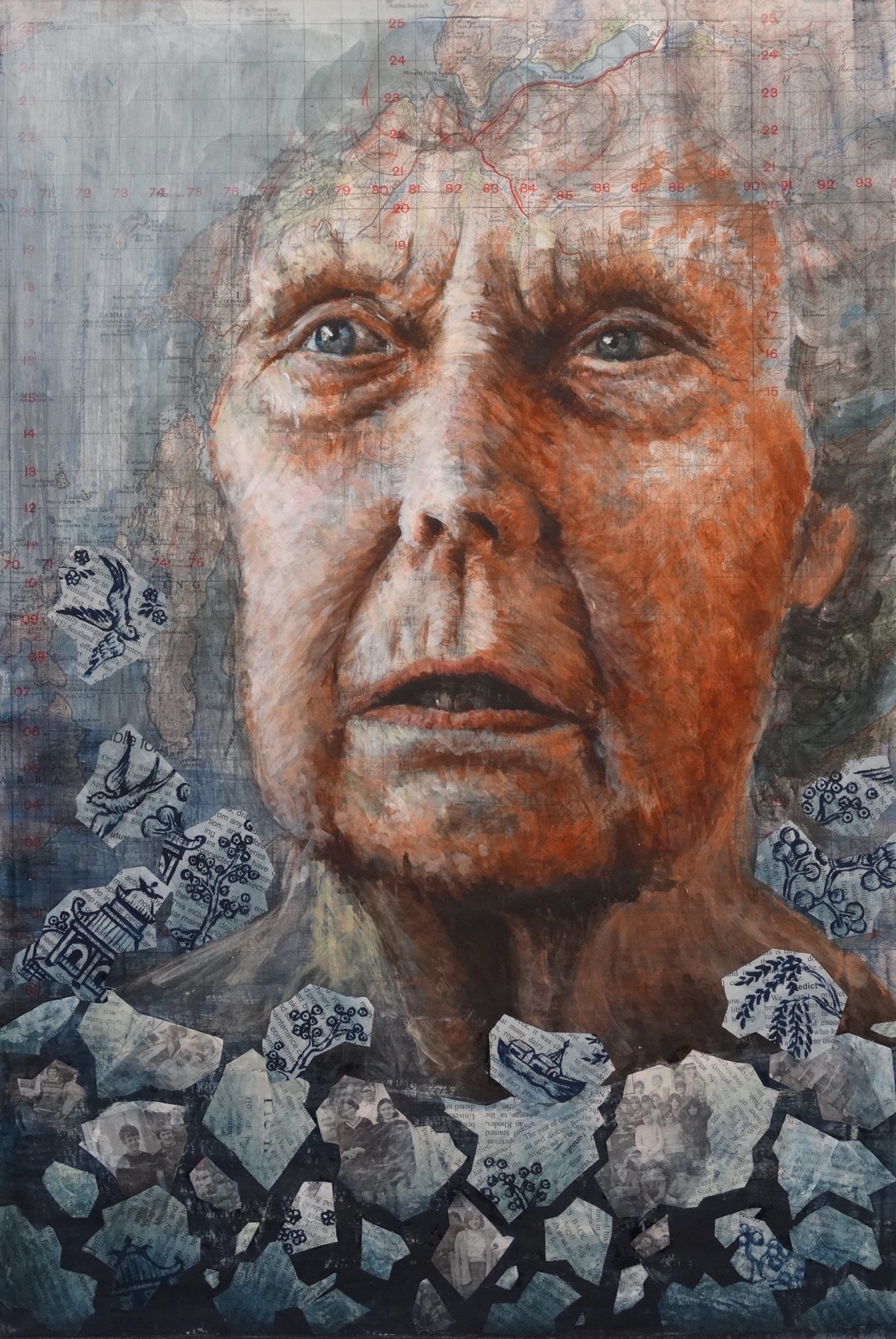 Alzheimer’s: life on a loop 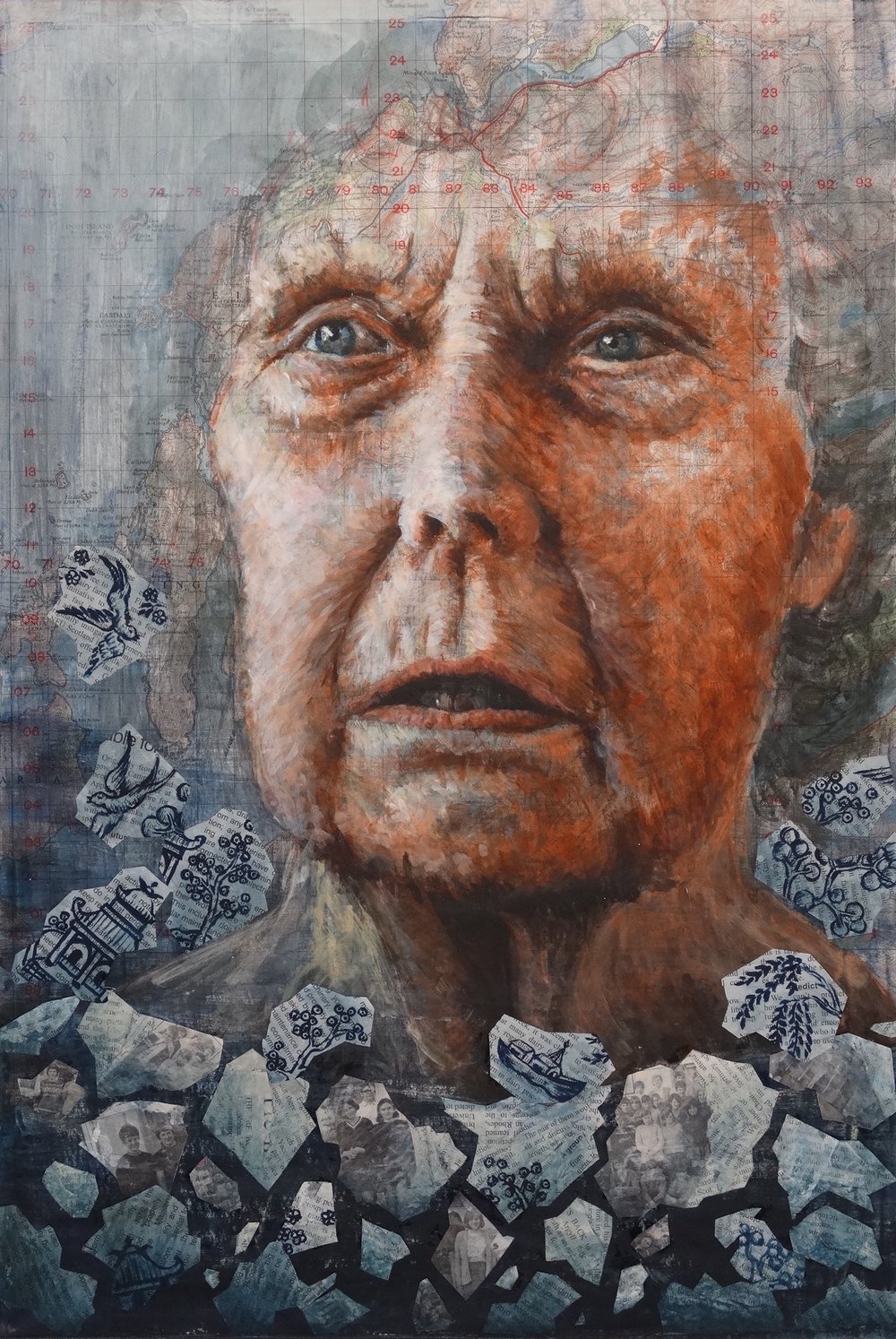 This portrait of my neighbour embodies the values of both ‘health’ and ‘sense of belonging’, as she reminded me that a deterioration in health can unfortunately lead to a rapid loss of sense of belonging.

A few months ago a new neighbour appeared in our small village- an elderly woman in the later stages of Alzheimer’s disease. She had been removed from her home, where she’d lived alone on a small island, to be cared for more easily. However paying her a visit I found not a struggling and desperate pensioner, but someone who was free from the prison of reality. She had ensconced herself in a cluttered maze of delicate willow pattern crockery lined with fractures. She drifted aimlessly, telling fragmented stories of deluded hallucinations, seeming perfectly content with her broken mind. However with no memory of her life after the age of seven she seemed to belong to no one, unable to recognise a photo of her own wedding day and asking frequently for ‘mummy and daddy’ who were long dead. Forever lost in her imagination, she seemed just like the vulnerable young girl she remembered herself as, with nowhere for her wandered mind to call home.