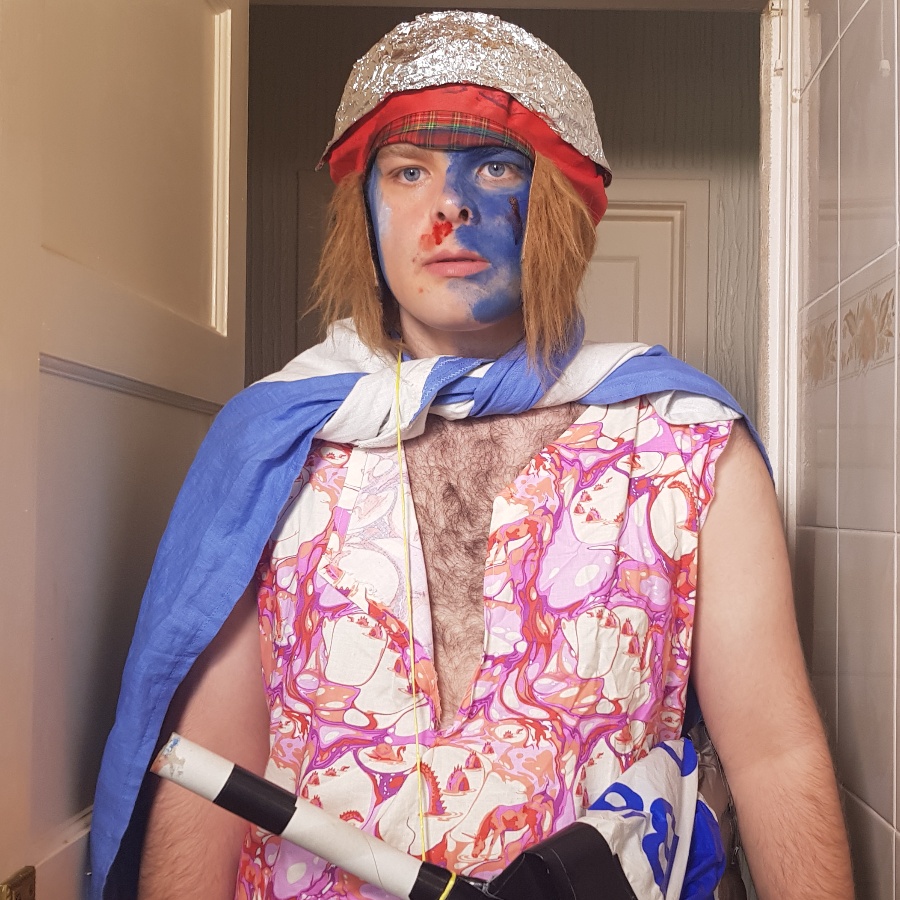 Play video
A bheil Gàidhlig beò? Is Scottish Gaelic alive?
Previous entryHow can stories help us cope with grief?
Next entryWhat are we pushed to when we feel powerless?
October 30, 2020

Craic Head is about drawing strength and self confidence from yourself and your culture. During lockdown I had to pull my own tooth out. The local surgery was closed so, not wanting to travel to the hospital, I took it out myself. To help ease the process, I sang ‘Tha mi Sgìth’ to myself and drank a few healths to absent friends (e.g the dentist). I wanted to make a film that showed off how fun and surreal the Gàidhlig language is. But while I was making it, the Death of Gàidhlig was pronounced in the media again. I decided I would make a film that felt completely modern- but was imbued with tradition. I wanted it to be relatable for young people from the highlands- and it had to be watchable without subtitles. Finally I wanted to show that there is a place for Gaelic Culture in the central belt. As long as the majority of resources are here, young people will have to leave for education and work. Let’s make sure they dont have to leave Gàidhlig at home, and welcome them as a treasured part of Modern Scottish Culture. Tha gàidhlig beò.

channelUC2e-bG236jUqNKa9hxIGR2g
Share
Read More
Next entryWhat are we pushed to when we feel powerless?
Previous entryHow can stories help us cope with grief?