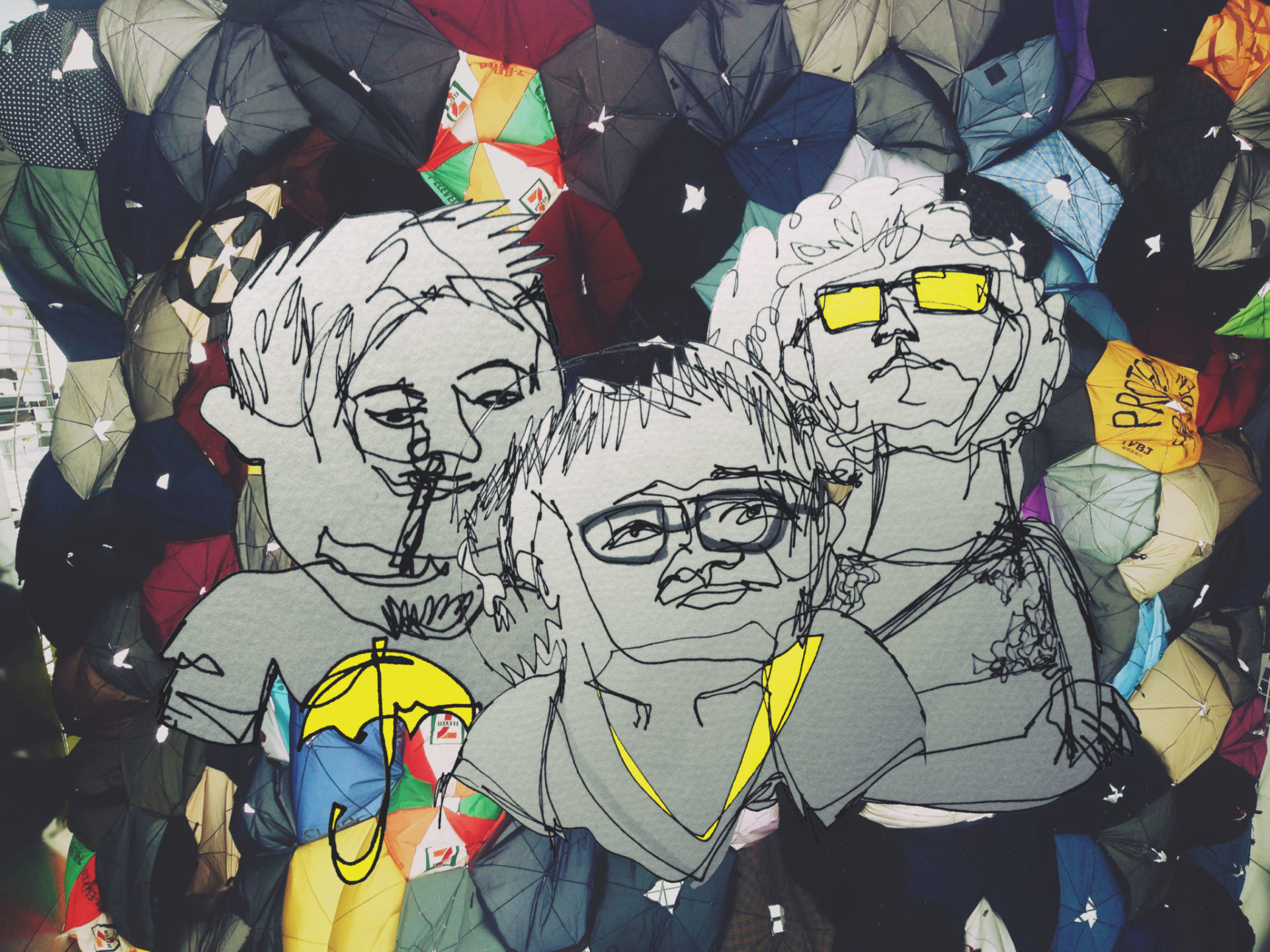 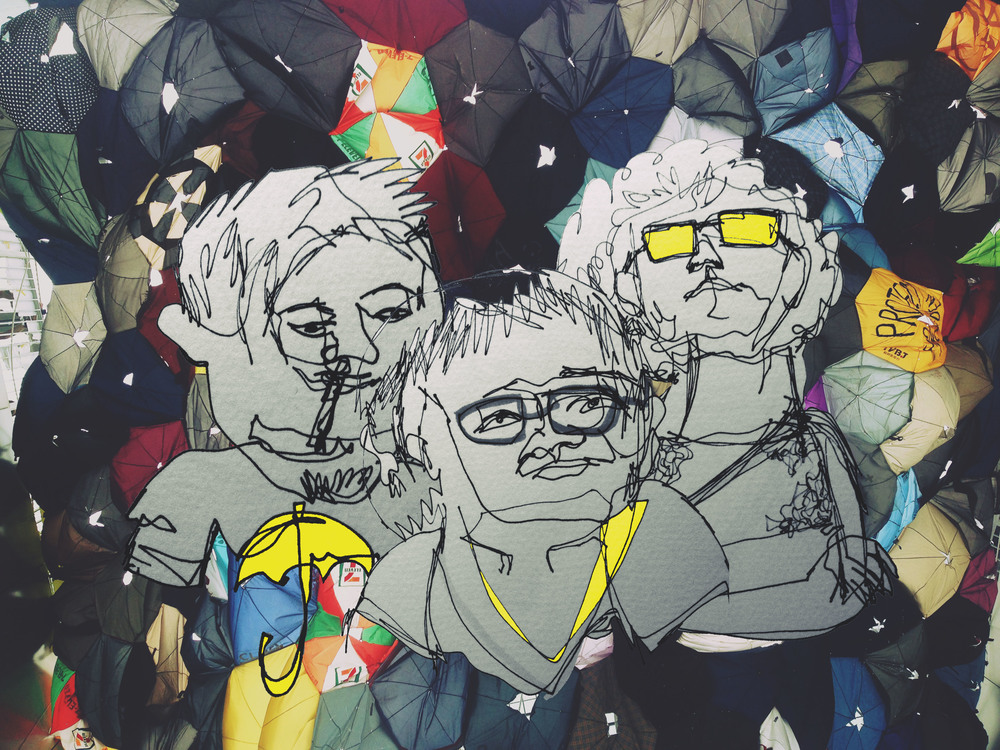 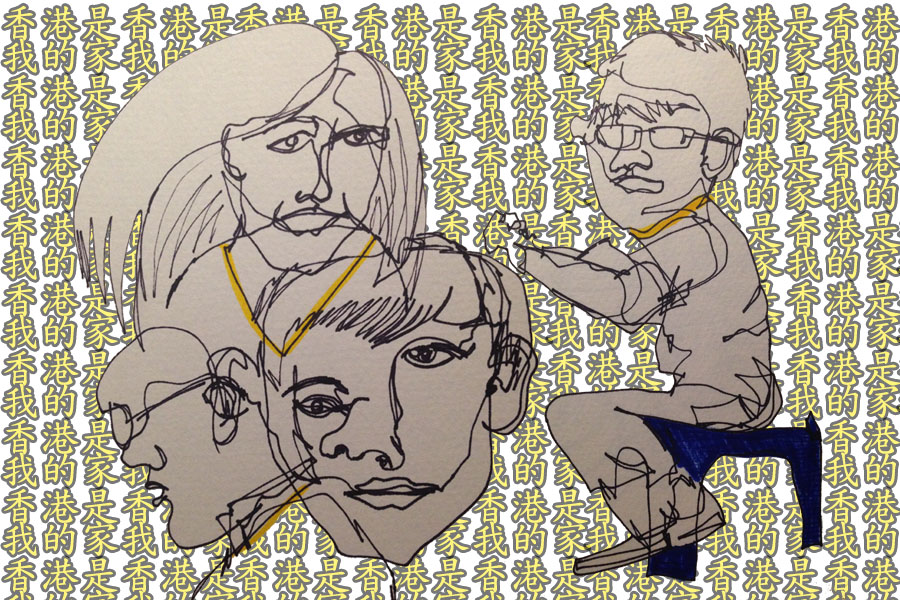 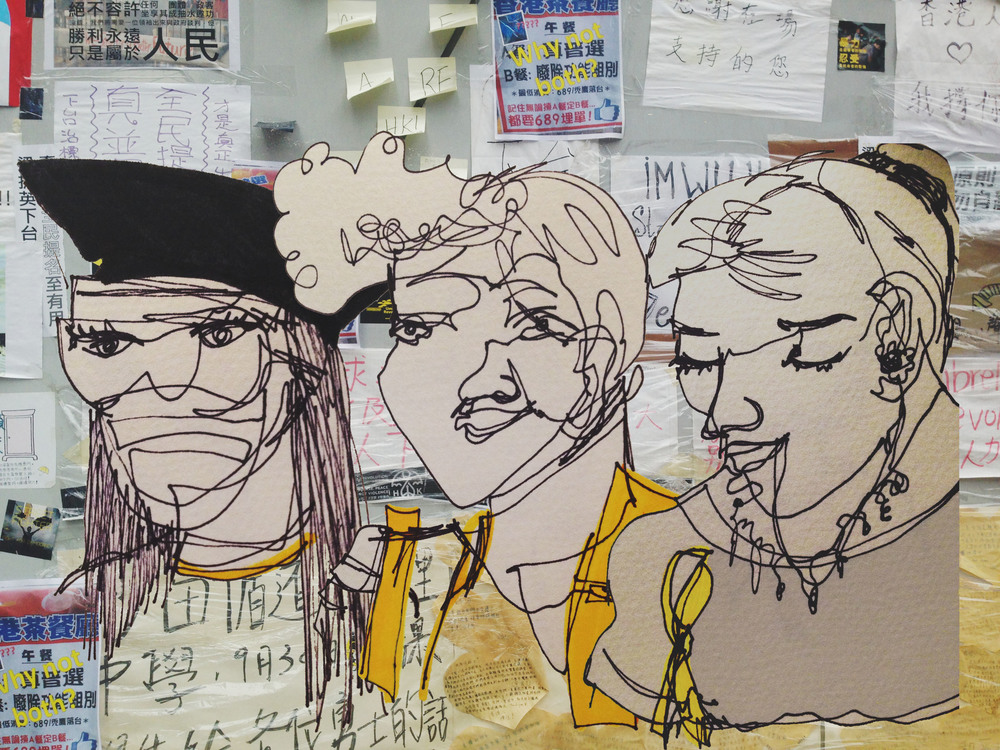 My entry is a performance as well as three visual pieces of art. I sat in the Occupy Central with Love and Peace movement in Hong Kong movement for 4 hours, observing my surroundings and recording individuals present at the scene with me. Through the act of blind single line contour drawings, I was able to test my perception of the people around me by abandoning the desire for aesthetically accurate representations, and focus on documenting the dynamic reality of the movement as I saw it. “Blind” single line contour drawings require one not to look at their paper whilst drawing in order to ensure full attention on the subject matter. Ultimately the powerful unification of Hong Kong, its people, the concept of peace, positivity and equality is suggested in my 3 visual works.

I value the notion of being positive in every situation. Believing that the world cannot get better does nothing, whereas believing that there can be change will motivate and inspire, if not statistically change anything. Admittedly, being positive in every situation is a challenge at times, however I have discovered the power of positive thinking to be more than just a mind-set, but a way of life, and as a result my eyes have been opened to a world of potential and possibility. The Occupy Central movement in Hong Kong in 2014 was a beautiful and powerful act of humanitarian unification which shows that people are willing to fight despite the fear of failure.