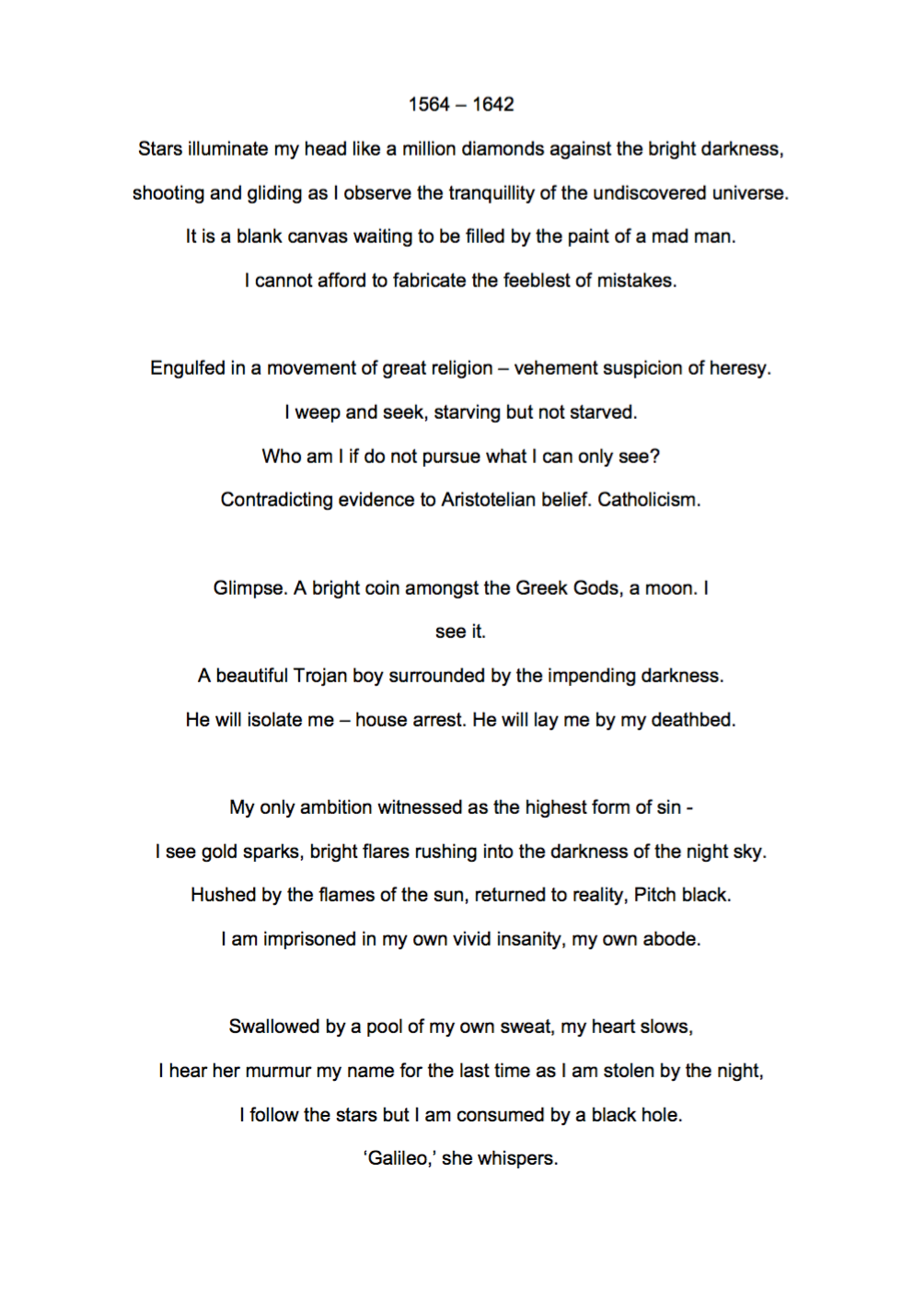 The poem I have written is dedicated to my passion towards science and curiosity. I have chosen to write in the persona of Galileo Galilei as I believe that he is underappreciated and not many are knowledgeable about his fascinating work and discoveries. As I possess a passion for literature, I thought I would express myself after staring at the stars he once pondered and the moons which he discovered. I also believe that it is crucial for me to appreciate my freedom in writing and expressing my thoughts as during the era Galilei thrived, he was restricted in expressing his beliefs and science due to religion being a dominant aspect of the time and the clashing theories of science. At the same time, I believe that in the 21st century, people are restricted in the words they can deliver daily through media and verbally, which is why I find it important to consider the simplicity and purity of pen on paper. As I possess freedom to pursue my hopes and dreams, I think it is crucial for all of us to recognise and cease the moment that we have to do so, as ultimately, Galileo Galilei did not.